A killer of a party on the radio

Imago takes Carol Triffle's newest play offstage and onto radio. A cast member explores how and why they dunnit.

(EDITOR’S NOTE: On Monday evening, July 26, Imago Theatre debuts Carol Triffle’s new radio play, “Happy Times,” on Portland’s KBOO-FM 90.7. This time around, Triffle’s quirky, absurdist, and ordinarily highly physical form of theater takes something of a modern-day “Arsenic and Old Lace” twist: Three woman friends throw a party once a year, invite a man to serve as butler, then knock him off and bury him in the back yard. This year, though, something different happens.

How do a playwright and theater company renowned for their physical approach adapt to doing a show on the sightless medium of radio? We asked Imago veteran actor Danielle Vermette, who’s in the show as “a rather maniacal party host with a passion for exceptionalism, a hankering for the ‘butler’ she’s enlisted for nefarious purposes, and a slim grasp on reality,” to give us an inside look at what the process was like. Vermette is also a writer who’s contributed stories to ArtsWatch ranging from profiles of poets Kim Stafford and Leanne Grabel to a look at the life and work of Palestinian American embroidery artist Feryal Abbasi-Ghnaim, a literary dive into the global work of Clowns Without Borders, and her own memories of touring the world with Imago in a polar bear costume – all of which help make her an ideal person to tell this tale.)

THE IRONY ISN’T LOST ON ANY THEATER ARTIST that the very medium that so adeptly explores human travails and uncertainty plunged into its own existential crisis when Covid shuttered the world. An art form dependent on close-proximity gatherings found itself in a dire state, given that its value to the community isn’t exactly essential (at least according to Maslow and his hierarchy of needs). The arts tend to breed a resilient bunch, though, and fear at the gut level figures into the whole enterprise in the first place.

Still, marquees perhaps captured this new, particular fear best—signs of encouragement laden with a shaky subtext that seemed also to say, “What’s next?” and “Guys, this is really, really bad!”  “Take care of each other,” read many. “Stay safe,” read several. Sometimes, humor won the day: “Home Alone,” and “No Close Encounters of Any Kind.”

So, while marquees beamed messages of good will, and ghostlights took center stage, and artists scrambled for emergency funding, and artistic directors contemplated new platforms, and grant writers hustled through applications to plead their case, some theater companies blazed into the great unknown by embracing technologies like Zoom performances. Others, like Imago Theatre in Southeast Portland, took another route and explored the challenges and delights of radio drama.

I’ve been a company member since 1999, and when I learned that Imago had paired with KBOO radio to create a series of radio plays, I felt fairly certain the venture would yield interesting results. In “ordinary” times Imago’s artists are masters of movement, and highly reliant on the whole architecture of a space and all its elements. I wondered what the strictures of radio would inspire in Artistic Directors Carol Triffle and Jerry Mouawad.

Mouawad teamed up with writer and longtime New York-based Imago collaborator Drew Pisarra for the first in the series, The Strange Case of Nick M., written by Pisarra and directed by Mouawad.  A conversation about it appeared in ArtsWatch in April and can be read here.

PREMIERING NEXT IN THE SERIES – and airing on KBOO at 10 p.m. Monday, July 26 – is Carol Triffle’s Happy Times, in which I feature as a rather maniacal party host with a passion for exceptionalism, a hankering for the “butler” I have enlisted for nefarious purposes, and a slim grasp on reality. The cast features other Imago veterans—Kyle Delamarter, Amy Katrina Bryan, Laura Loy and Matt Sunderland, and also newcomer (sort of) Randy Bynum, who is part of Imago’s extended family (as my husband). He plays “Mr. B.” and brings years of radio experience to the mix. But his most valuable contribution to me was as a steadying force and dog wrangler who helped keep our pup quiet when the pup couldn’t quite comprehend why his humans were in separate rooms emoting at their computer screens. As dogs tend to, he adjusted eventually, and chalked the screaming and yelling and gesticulating up to a thing that mysteriously happens once a week. Our animal counterparts never cease to amaze me!

The process, from first read to recording, lasted about a year, and saw two castmates experience especially trying times (the loss of a parent). I hope our weekly connections and community helped. Though a weekly meeting with our cameras mostly turned off didn’t substitute for traditional in-person hours of rehearsal, with the attending rigors and discoveries therein, maybe it kept us all tethered to theater enough to blunt the terror over the art form’s uncertain future. The rehearsals didn’t inspire the same level of intimacy achieved during typical show runs. I only met my castmates in the flesh during the final two weeks of recording, when Imago created an excellent—and safe— space that placed us all at individual microphoned stations, sufficiently distanced and comfortable. In a typical Triffle production, a script reinvents from rehearsal to rehearsal, owed in part to the actors finding new facets of character. This aspect of spontaneity and exploration suffered somewhat, and at times felt a hindrance as the Zoom medium doesn’t easily allow for immediate interjections and riffing. But the process retained a playful feeling of collaboration, nonetheless.

As an actor with Imago for the past 22 years, I am accustomed to using my body to express the interiority of a character, as was required in the mask shows Frogs, ZooZoo, and BigLittleThings. I’ve also appeared in enough Carol Triffle original works that I have an intimate understanding of her process. But Happy Times as a radio production required total reliance on voice and a well-curated soundscape, which left me with a newfound respect for sound engineers and designers. Triffle enlisted the talents of Kyle Delamarter for the aforementioned, and Jon Farley as foley artist. The compression of the elements presents new challenges for both a playwright and the sound team accustomed to theater, but there’s plenty of precedent.

Radio theater, which demands keen attention from writers and listeners alike, was the mainstay in entertainment during radio’s golden age, and even after the sharp decline in the art after the advent of television, it still figures largely in other parts of the world. I’ll bet our proclivity for radio shows (This American Life, Garrison Keillor, and Livewire pop into mind), coupled to a massive uptick in podcasts and satellite radio, has primed us to revisit the form on a larger scale. While I acutely felt during the process what theater can do that radio cannot, I still find myself wondering what radio does that theater can’t. Is it necessary to compare? No doubt new forms of technology have made rehearsing radio easier than ever, as I was reminded when one of our castmates hopped off the highway during an East to West Coast trip to tune in for our weekly meeting. She may have been in Boise, Boseman, or Biloxi, and it didn’t make a bit of difference.

Triffle’s productions accumulate a kind of depth by pairing song and inventive movement and staging. Inevitably in a Triffle play, a signature vulnerability and strangeness emerges, creating a truth that cannot be captured by a strict adherence to realism. She has frequently told me during rehearsals to remember that everyone in the audience can see everything at all times. She eschews the concept of one actor moving at a time so that the focus isn’t pulled from the actor speaking. She seems to favor a more lifelike approach, with characters who are constantly alive and fluid. This isn’t to suggest that her shows aren’t “blocked,” though this is a term I would never use within the walls of Imago. Rather, she creates moments that are choreographed, but never at the expense of motivated impulses that could strike at any moment.

Triffle comes from a dance background and studied in Paris with the renowned physical theater and mime artist Jacques Lecoq. Her actors possess acute physical awareness. Even when it appears an actor moves sporadically, this impression usually belies rigorous training in physical theater. When I think of theater that has profoundly moved me as an audience member, I always recall a scene in Triffle’s Oh Lost Weekend, when a bed lowered slowly from the ceiling, seemingly floating from side to side, as a nurse in an extra-long uniform jabbed a sedative-laden syringe into the main character’s arm while singing eerie lyrics set to Katie Griesar’s music:  “Don’t sliiiide offff your beeeed.” Part terrifying and utterly thrilling, the visual image plunged the audience into the disjointed logic and mystery of dream. Triffle has been referred to as Portland’s premiere stage absurdist, and she’s well-known for such arrangements, which makes her foray into radio even more novel and compelling.

YOU MAY HAVE NOTICED that I have yet to offer much about the play itself, Happy Times. I feel unable to do so with much credibility. In fact, I realize I have never had success articulating anything about Imago shows. I can say with certainty that they are true and unique events that don’t necessarily benefit from discussions of plot or psychology or the question I most commonly hear, “What is it about?”  Whether in person, or even over the air, an appealing part of Imago’s work is that it defies easy categorization. Like the best theater, it entertains, sometimes for inexplicable reasons. Similarly, it can break your heart when you least expect it. What I can say about the show is that I haven’t heard the final product. I am eager to tune in and hear what Triffle, Delamarter, and Farley created post-production, as I marvel at the audacity and unflappability of Imago as a Portland mainstay—one that has spent decades embracing risk and uncertainty, while continuing to invent, reinvent and wholly reimagine worlds.

Imago’s facility doesn’t boast an overhead marquee. But if it did, and I had been asked to post a message there during the pandemic, I think it would have read: “The stage is dark, but the spark never dims.  Keep going.” 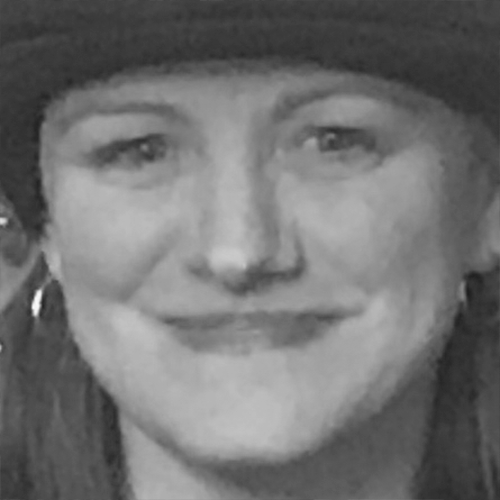