Johannes Brahms and his music both have forbidding reputations. Yet on his rambles around 19th century Vienna, the great Romantic composer would give away candy to children – who would keep on the lookout for “Papa Brahms.” And he wrote two of the sweetest, most amiable violin and piano sonatas you could ever hope to hear, plus a third bursting with passion. Brahms may have realized how much he let his guard down writing them; in a letter to a close friend he called the first sonata “my latest indiscretion.”

The last Sunday in October, that most amiable of duos, international prize-winning violinist Angelo Xiang Yu and rising star pianist Andrew Hsu, offered up all three plus a youthful scherzo as part of Chamber Music Northwest’s 2017-2018 season. CMNW artistic director David Shifrin tried to let on that the pair were, unbeknownst to him, only joking when they suggested the all-Brahms program as an encore for their standout performance at CMNW’s 2016 summer festival. Maybe so, but the full house at the Old Church in Portland was obviously glad he took them seriously. Yu and Hsu gave us an afternoon of serious beauty, holding at bay all thoughts of upcoming Halloween spooks. It might have been transcendent, but for one consistent problem.

Hsu seemed to be convinced Yu was in danger of being drowned out by the piano. Even though its lid was fully open, from time to time a vitally expressive note in a soft passage of harmony came out wimpy, and passages where violin and piano filigrees wrap and weave closely around each other came across like an ardent lover unable to arouse an indifferent partner.

After intermission I moved away from the keyboard side seats, which improved the volume balance somewhat, but there was simply not as full a tone coming out of the piano as the violin. There was no hint of this problem when they played at the Alberta Rose Theatre in 2016 – indeed, a few times Hsu really did drown Yu out – so I suspect they got tricked by the Old Church’s acoustics. No doubt the piano seemed almost uncontrollably loud when they tried out the empty hall, but a full house there can soak up a lot of sound, especially from a piano.

Still and all, two features of their playing, both well evident in 2016, combined to almost make up the difference. One was timing. Although never melodramatic, they maintained an expressive flexibility of tempo, and so in sync they seemed to be operating via telepathy. At the end of the first movement of the second sonata, op. 100 (marked “Allegro amabile”), upward piano flourishes suddenly stop — not at the very end as might be expected, but instead at the penultimate full-volume chord. This can feel like slamming into a suddenly dropped door, but Yu and Hsu somehow made it sound like the leap of a diver, letting the mind’s ear fill in the plunge, before the final glorious splash. Earlier, when the tuneful opening returns after a mysterious and surprising change of key, Hsu delicately shaded out the old key while hanging back slightly on the first chord of the new, as if discreetly steadying himself while pivoting toward a sublime view. It was just the sleight-of-hand needed to turn a disorienting moment into a magical one.

The finale’s opening tune, which manages to avoid sentimentality while dripping with harmonic honey – call it Brahms baklava – sandwiches ever denser swirls from the piano between its many delightful repetitions. There are a lot of notes to cram into little time, but Hsu never let the piano get heavy and always left room for Yu’s singing phrases to shine through.

This sonata epitomized the other outstanding feature of the concert – Yu’s endlessly varied expression. Using every part of the bowing area between bridge and fingerboard, and a variety of bow angles and tilts, his strings sang out soulfully over piano storms here, deftly inserted asides in response to piano thrusts there, and in that opening tune, seemed to radiate a palpable warmth. A lesser violinist would carelessly and awkwardly push those asides into the foreground, but these sonatas are an utterly equal partnership between violin and piano, and Yu knew when to yield the spotlight.

By the time Brahms was writing his third violin and piano sonata, he was in his mid-50’s and a committed bachelor. At the same time, he was known for squiring a series of attractive young singers around town, and it’s not hard to guess that at least one of them got close enough to arouse raging hormones reminiscent of adolescence. Yet this music suggests he understood his position far better than many powerful middle-aged men in the news today. For example, in place of the typical development section narrative of conflict and conquest, Brahms gave the first movement a graceful extended pas de deux between the violin and the piano’s right hand, while the left hand maintains an ominous pulsing drone – something in between a ticking clock and a funeral knell. Perhaps a heartbeat. (A few years later, after meeting Brahms for the first time, Tchaikovsky included a similarly pulsing drone to similar effect in his final symphony, even though he hardly ever had a good word to say about Brahms’s music.) Elsewhere, he stuffed the music with all the emotions he dared not act on in real life. Except for one maybe, at the end of all the first movement’s turbulence – when a heartbreaking outburst seems to say, “I love you but I know it’s impossible; I wish you all the best of everything!”

Everything seems dialed up in this sonata – passion, intimacy, contrasts, sparring and dueling, not to mention the technical challenges. Aside from the balance problem touched on earlier, Hsu and Yu masterfully evoked the mercurial mood swings of the first movement, the impossibly tender love song of the second, the almost-too-rough playfulness of the third, and the sublimating energy, even fury, of the finale. Even a rather square hymn-like tune, which from time to time gave respite from that energy, flowed and sang in Hsu’s flexible phrasing.

Such music couldn’t be further from the magisterial austerity often associated with Brahms. Indiscreet, maybe, but with Yu and Hsu bonding as performers to put it across, it was just the right soul-warmer for a hall full of Portlanders contemplating the onset of cold November (and December, and January, and…) rains. They rose as one and gave the pair a noisy ovation.

Jeff Winslow is a Portland pianist and composer who serves on the board of Cascadia Composers. He is, quite simply, in awe of Brahms the composer. 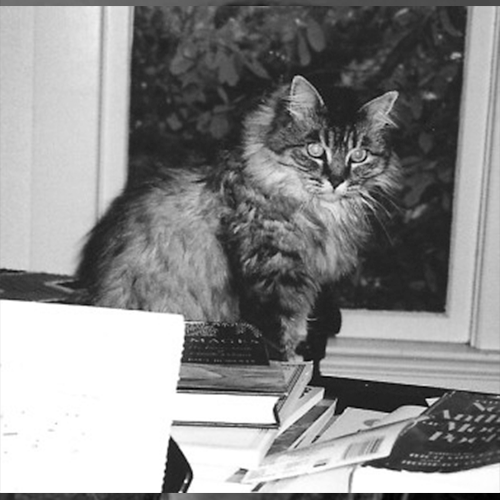 Jeff Winslow is a fourth-generation Oregonian who studied music and electronics at University of California-Berkeley, getting serious about composition in the mid-1990s as High Modernism finally relinquished its death grip on the world of art music. His work has been performed by fEARnoMUSIC, The Ensemble of Oregon, and the Resonance Ensemble, and also at Cascadia Composers, Seventh Species, Cherry Blossom Musical Arts, and Oregon Bach Festival concerts, as well as several other locations around the region, often with the composer at the piano. A recent piano work, “Lied ohne Worte (lieber mit Ligeti)” received honorable mention from Friends and Enemies of New Music, a New York-based composers’ group. He is a founding member of Cascadia Composers, a chapter of NACUSA centered on the lower watershed of the Columbia River.

Jeff Winslow is a fourth-generation Oregonian who studied music and electronics at University of California-Berkeley, getting serious about composition in the mid-1990s as High Modernism finally relinquished its death grip on the world of art music. His work has been performed by fEARnoMUSIC, The Ensemble of Oregon, and the Resonance Ensemble, and also at Cascadia Composers, Seventh Species, Cherry Blossom Musical Arts, and Oregon Bach Festival concerts, as well as several other locations around the region, often with the composer at the piano. A recent piano work, “Lied ohne Worte (lieber mit Ligeti)” received honorable mention from Friends and Enemies of New Music, a New York-based composers’ group. He is a founding member of Cascadia Composers, a chapter of NACUSA centered on the lower watershed of the Columbia River.