Art on the Road: Trieste pilgrimage 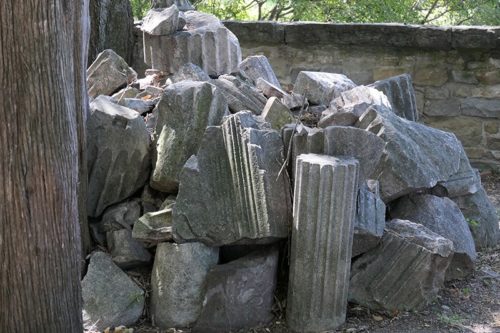 Scores of people come to this ancient seaport town each year to pay homage to James Joyce, who wrote his Ulysses here. The city accommodates them by putting up plaques at about every corner, bridge, staircase, churchyard ever touched by his foot, seemingly not a millimeter of Trieste not once traversed by the master. 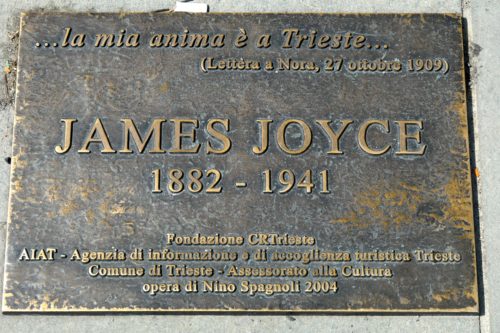 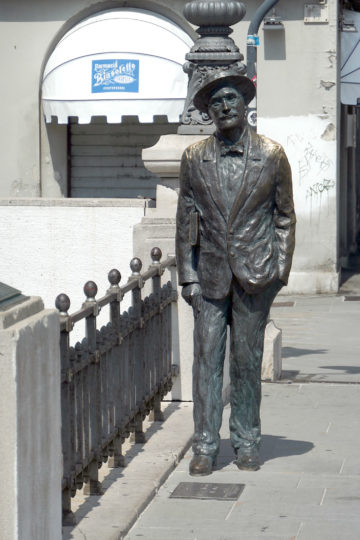 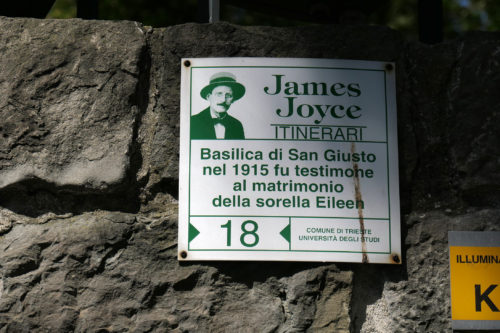 My first-day pilgrimage, though, honored a different man – one who is a serious contender on my who to take to a deserted island list. (Remind me to do a week of blogs about the rest of them.) Johann Joachim Winckelmann, the founder of art history and art criticism as we know it, and known as the father of modern archaeology, is buried here. 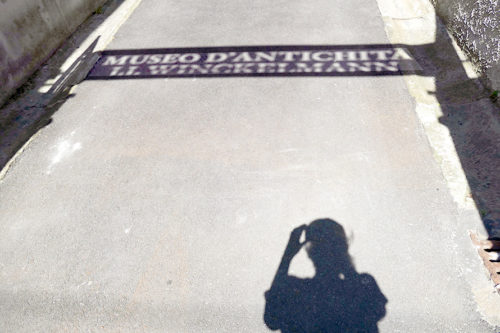 The man’s life reads like a Russian novel. Born into extreme poverty in Prussia, his father a cobbler, he dug his way out by his wits. Scholarly excellence landed him at a number of universities, studying first theology, then medicine, but ultimately falling in love with ancient languages and developing a passion for Greek art. He devised a system of learning new languages in what is claimed six weeks, eventually able to converse in 12 of them. He was appointed to ever more prestigious posts as researcher/librarian/envoy for German aristocrats and then various Italian cardinals who opened their ancient art collections to him and enabled him to participate at the digs of Pompeii and Hercanuleum. As papal antiquarian and later secretary to Cardinal Albani he had found a space that allowed for his intellectual acumen to blossom. And, one might add, his homosexuality to be silently tolerated. 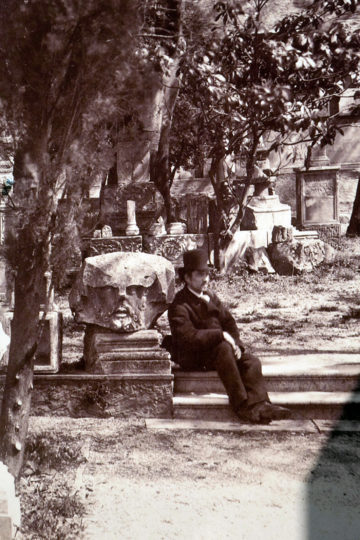 Say what you want about dead, old, white men, or the idealization of the Greek male body, Winckelmann wrote the first defining book of how to approach art, both in terms of systematizing epochs of creative output, and also how to read an individual work of art. His 1764 History of the Art of Antiquity was recognized to be revolutionary, and had an influence on many great minds of his time: Kant, Herder, Goethe and Lessing, the painters Mengs and Oeser among them. It lays out a scientific methodology to approach both art and archeology.

It is not dry scholarship, though. If you read his 1755 Reflections on the Painting and Sculpture of the Greeks you’ll find someone thinking through such cultural and technical factors as climate, freedom, and craftsmanship in explaining the art of a people, all in a schmoozing writing style that feels like having a personal conversation. That probably helped to make him so influential in renewing Northern Europeans’ interest in the ancient Greeks. 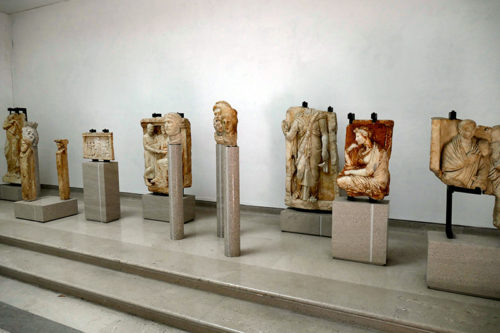 Which, as we know, had some dire consequence independent of the gains for the world of art history. His enchanted proclamation of the linkage between ancient Hellas and Germany found eventually a willing ear in the philhellenic Führer of the third Reich: just look at the Olympics and then his propaganda surrounding the art of war, all wittingly embraced by all too many Germans steeped in classical education. Eliza Butler wrote a scathing analysis of the implications already in 1935, The Tyranny of Greece over Germany. On his way back from Vienna to Rome in 1768, the guy met his premature end in Trieste, being murdered by a chance acquaintance he took to his bed, who coveted some coins he saw which turned out to be medals that Empress Maria Theresia had just bestowed on the writer. He was buried at a local church, but his bones were mixed up with others. Eventually they erected a cenotaph at the local Museo d’Antichitá. 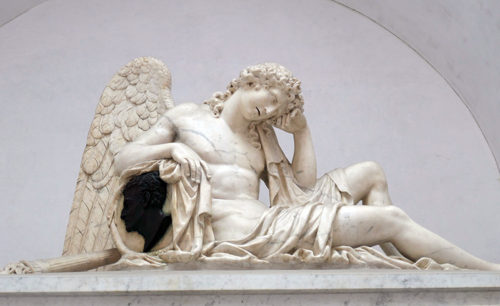 The neoclassicist sarcophagus is crowned with a melancholic figure holding a medallion with Winckelmann’s portrait. Underneath is a relief that shows him in a toga, shining a torch on representations of:  painting, sculpture, architecture, history, critique, philosophy and, sitting, archeology. 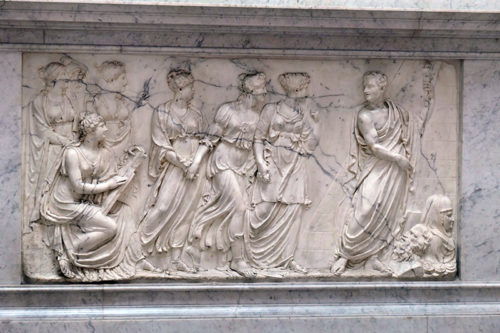 Can’t but grin, when you look at it. Unless you are a Reed Professor teaching Hume 110 and thinking about the current crop of students who want nothing to do with all of this any longer.

Outside is a lovely, quiet courtyard, seemingly untouched by the masses pursuing James Joyce, or any other masses, for that matter. 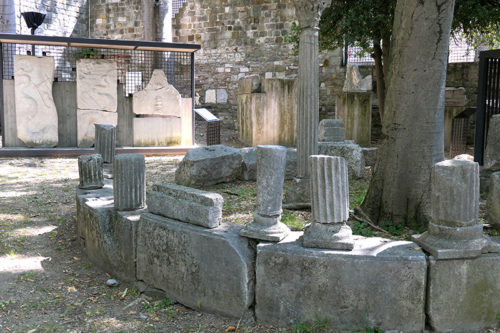 This photo essay was published originally on August 13, 2018, under the title “Trieste: (1),” on YDP – YOUR DAILY PICTURE, the Web site of Portland artist, photographer, and writer Friderike Heuer.