Thirty years ago I saw The Drawings of Richard Diebenkorn at the Museum of Modern Art. It was an amazing show of works that seemed effortlessly done, works that left me wondering how he could always, (at least in those drawings) always stop at the perfect point, often with just a few marks on paper. So, I was excited to find that the Portland Art Museum was having a big exhibition of Diebenkorn’s work, Richard Diebenkorn: Beginnings, 1942-1955, paintings and drawings from the first phase of his career. These works show the development of Diebenkorn as an abstract painter. His next phase would be 12 years of figurative painting, and then, for the rest of his career, he returned to abstraction with his iconic Ocean Park series.

The works in the exhibition illustrate Diebenkorn’s progress from age 20 to 33. But equally important is the exhibition catalog ’s essay by Scott A. Shields. Like Roger Hull’s essay for the Hallie Ford Museum’s Louis Bunce retrospective in 2017, the essay is highly readable and does what good biography does: puts the subject in the context (of the people, institutions and ideas) that shapes them.

We can see Diebenkorn assimilating his influences—Hopper, Cézanne, Cubism, Rouault, Surrealism—from age 21-23. We can see the Precisionism of Charles Sheeler in Diebenkorn’s Untitled, 1943. By 1945 this loosens up, perhaps via influences of American Scene painting, in Untitled, 1945 watercolor. By 1946 (age 24) his work takes on early Abstract Expressionism with paintings like Untitled, 1946 , which has a lengthy materials list: cut-and-pasted and torn-and pasted paper, construction paper, crayon, gouache, graphite, charcoal and cut-and-pasted cardboard on paper. The variety of materials here suggests to me that he was looking for ways to keep the artwork fresh, to avoid following safely known technique.

It looks like 1946 was a key time for Diebenkorn. He was studying art at the California School of Fine Arts where abstract painters Clyfford Still and Mark Rothko were among the faculty. He met fellow students who would become important artists in the Bay Area scene—John Hultberg, Walter Kuhlman, and Frank Lobdell—who would become known for a time as the Sausalito Group and would show together, once at Reed College in Portland. The atmosphere at CSFA, as with college education in general at the time, was energized by a generation taking advantage of the GI Bill (Diebenkorn had enlisted in the Marines, but never went overseas). Diebenkorn and his fellow artists were well aware of what was going on in mainstream abstract painting at the time. As his wife, Phyllis Diebenkorn, quoted in the catalog, said, “Abstract Expressionism was in and it and they were all doing it.”

Diebenkorn was doing normal painting for the time. As an energetic student among energetic students, he was learning how to make an abstract, post-Cubist painting that would be his painting. Untitled, 1947 , is typical, divided horizontally and vertically (suggesting the format of the Ocean Park series of paintings to be developed 20 years later) into fields of thick impasto, dark colors (stressing reds, ochres and blacks). Those paintings feel harsh and tough, often with jagged shapes poking around. But Diebenkorn’s brushwork never took on the vector-like slashes of De Kooning or Kline. Instead, with some brushiness or scumbled texture, the paint activates the surfaces of areas big and small.

The feeling of Diebenkorn’s painting softens by 1949 (age 27). Large fields of colored grays and tans or muted reds and oranges expand across the canvas and nudge against each other with judicious placement of a few lines to keep order. The paintings are lightly brushed, no longer is the paint abstract expressionist thick. At this point in the exhibition I feel that Diebenkorn begins to find his own way. The space in the paintings begins to flatten out.

The catalogue juxtaposes Untitled, 1952 , with an aerial photograph by Diebenkorn of agricultural fields in northern California taken circa 1962. The catalog essay recounts Diebenkorn’s gained insight on a flight in 1951: “the earth’s skin itself had ‘presence’—I mean it was all like a flat design—and everything was usually in the form of an irregular grid.” In a work like Untitled (Albuquerque), 1950-1951, the space expands across the canvas from edge to edge, while in the earlier work from 1945-1946 the important action tends to be clogged in the center. I was reminded of Frank Stella’s Norton lectures, published as the book Working Space. In it he observes, “Great painting creates space and spreads the light.”

There’s a proverb that says, “A wise man changes his mind, a fool never will.” Art was overtly a mind struggle at the time of this exhibition. There was heated debate about abstraction vs. figuration. We see Diebenkorn, the developing abstractionist. But eventually he became dissatisfied, looking for another way to meaning. In the early 1950s, according to Thomas B. Hess in the Museum of Modern Art’s catalog for a De Kooning show, art critic Clement Greenberg told Willem de Kooning, “It is impossible today to paint a face.” De Kooning replied, “That’s right, and it’s impossible not to.” At the same time Diebenkorn thought, “A realistic or non-objective approach makes no difference.” He turned directly to figuration in the mid-1950s. Works at the end of the show the beginnings of that turn. Urbana #2 (The Archer) , 1953, is structured via a drawn bow, and there are suggestions of the archer’s head, arm and body obfuscated/abstracted. The drawing Untitled (Abstract Expressionist Painter) , 1955, is an abstracted, somewhat pained-looking figure, a parody on Abstract Expressionist angst.

When he was in his early 20s, Stella told art students at Pratt Institute, “There are two problems in painting. On is to find out what painting is and the other is to find out how to make a painting. One is learning something and the other is making something.” In this exhibition we see an artist working from his early 20s through his early 30s grappling with these problems. For me, it is seeing the artist’s mind at work, engaging in the struggle, that makes the show worth seeing. The artworks are “good”, with a gem here and there (and a selection of those drawings that excited me in 1988), but the overall exhibition, with the catalogue, is a great achievement.

It would be wonderful to have a show of the 12-year phase of Diebenkorn’s figurative work that follows the work seen here, and then the 20-plus years of Ocean Park abstractions, as unlikely as that seems, given the success of the developing artist of the work in this exhibition.

For a taste of Diebenkorn’s next phase, see the current small show of Diebenkorn’s prints at Elizabeth Leach Gallery (through July 14). They are in the far back office area. In the main space look at some great new big sculptures by Lee Kelly. 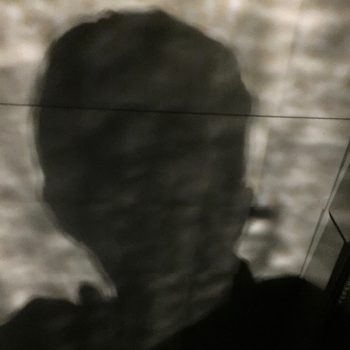 Paul Sutinen began writing about art in 1973 for the Portland Scribe. He was the art critic for Willamette Week from 1974-1983. He is an artist and a founding member of Nine Gallery.