The artist's assemblages are products of conscientious sustainability and a longing for a less cluttered and misused world, and express a vague hope for a better outcome.

In Taryn Tomasello’s statement for her SE Cooper Contemporary exhibition, As Long As It Doesn’t Spread, the artist foretells a Dark Ages, which she describes as “a dormant period for this culture and its technologies,” brought about by the very Culture of Excess that demanded increased productivity and consumption in the first place. Productivity begets scarcity, which, of course, is the blindspot in the pursuit of capital, yet it is also a Keynesian strategy.

Tomasello maintains that a similar impulse toward productivity exists for artists, perhaps less in relationship to acquiring capital — unless it is cultural capital — and is instead more like the relationship the average working stiff has, which is a need to survive, itself a form of fear. The artist’s fear comes in the form of a need for relevance and influence. Tomasello suggests an alternative to that production model: making art as an accountability.

The primary component of Tomasello’s exhibit on display through Jan. 22 at SE Cooper Contemporary is an installation of 10 glass cylinders/vases of various heights and diameters (like those one might find filled with fronds of pampas grass or stems from a pussy willow, all to decorate an interior). Each is filled with the debris that accumulates in cleaning a house, sealed with wax, and then marked and titled with the period of days and months it took to fill it. In one cylinder, a broken blue and white plate is clearly visible; in another there is a good amount of dog kibble; one contains a large metal spring; all have an overabundance of dust or dirt.

The cylinders are placed on a well-worn collection of large, expanded polystyrene or polyethylene foam blocks that are used for floating docks at marinas. Some of the blocks Tomasello found while walking along the Willamette River, others she acquired at marinas. All are weathered and round-edged, clearly indicating that some of that lost structure has floated off on its own, either out to sea, or resides in a bird’s gullet or fish’s intestinal tract. As exhibited, these blocks act as both plinthe and architecture, and in effect raise the daily, foundational domestic act of cleaning to a monumental level.

I am tempted to call this an archeology of detritus, except it is not an unearthing. Perhaps, then, more anthropology. Yet, as a contemporary archive, it is likely neither. It is art, created for display as a diaristic accumulation, with the artist conscious of a future for the piece that might very well qualify as archeological, but not yet. For now, it is how it is intended, which is a product of conscientious sustainability, a longing for a less cluttered and misused world. (The positive gesture of making the work is also a stand-in for negative space that theoretically exists somewhere as less garbage in a landfill.)

While this large installation acts as the centerpiece for the exhibit, there are two other pieces in the show. A 5-gallon bucket with long-stemmed carnations (titled Please Take One) greets visitors at the door of the gallery with the intention that visitors take a flower with them. The other piece is a wall piece constructed of institutional towels — and remnants of such — stitched together to create a larger, if slightly irregular, towel. Many of the terry cloth components are marked “A PROPERTY NOT FOR SALE” (which is also the title) and while I recognize their origin from my own history, I don’t imagine that aspect is relevant.

However, the proximity of these two pieces seems purposeful. Flowers are widely accepted as a gesture of goodwill and generosity. They may represent the artist offering up her work for an audience. The towels speak to another aspect of an artist’s experience: Perhaps available for purchase, the piece itself states otherwise; yet, as it is in tatters (a matter of taste) it is almost assured of returning home with the maker. Another artist will understand the juxtaposition between these two otherwise discrete works, and the problematic question: “Why bother with what I love doing?”

Instead of the artist’s adage of making something for the world that did not previously exist, assemblage relies on repurposing that which already has a presence. I am most reminded of Yuji Agematsu’s multiple small sculptures made of street trash that he has packaged in cigarette pack cellophane. As well, the Museum of Arts and Design in New York had an exhibit in 2012 titled Swept Away: Dust, Ashes, and Dirt in Contemporary Art and Design. One might even consider Man Ray’s Dust Breeding/Duchamp’s The Large Glass as being related. And certainly, one must also include Rauschenberg’s Glut series. While the aesthetic has lost its sense of audacity over its 100-plus-year existence, I would argue it has persisted out of a sense of fatalism. Even so, the merits of the work have always been determined by a surplus of (new) meaning, beyond that of the individual parts of the construction, which, in a sense, at least conceptually attends to the former adage of making something anew.

Of course, as the 21st Century progresses, the meanings that arise take on a more dire and ominous tone. Dire, but still with the desire to forestall an inevitability, which brings us back to the title of this exhibit. As Long As It Doesn’t Spread expresses a vague hope, a projection into the future for a better outcome than the contagion and festering conflicts already/always upon us. Yet, as we have seen, even when we see the consequences of ignoring the disease and fracturing of the social fabric, we are inclined to recoil from the logical outcome. As humans we insist on survival while falling prey to our desires, whether they are manifested from within or manufactured and imposed from without. We fill roads with cars and we allow plastics to be overused. We tend to be nationalistic. We wear masks at art fairs yet attend large afterparties unprotected (with apparently little consideration for others we night come in contact with afterward). We push aside environmental impacts to argue that NFTs will create economic equity. And if these examples don’t line up with your life in particular, there are plenty more examples. The bottom line is that in one form or another, we tend to hedge our bets, which is just another form of denial.

Even if, as homo sapiens, we are likely doomed by our own hand, there will be artists for whom that paradox exists as inexhaustible inspiration, and they will continue, hope against hope, along with a ready audience, until the very end. Otherwise, how could we live with ourselves? 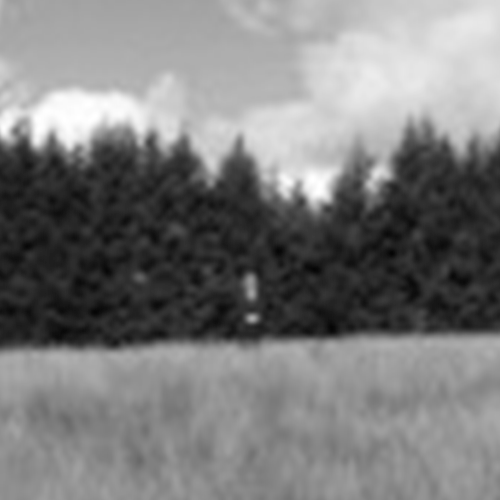 Patrick Collier is an artist who has written for the Midwest journal “The New Art Examiner,” plus for the online journals UltraPDX and PORT. He holds a BA in Philosophy and an MA in English Literature from Southern Illinois University at Carbondale, plus an MFA from the University of Illinois at Chicago, Prior to moving to Oregon in 2003, Collier and his wife operated the Chicago gallery bona fide to critical but not financial success. They live in Corvallis.

Patrick Collier is an artist who has written for the Midwest journal “The New Art Examiner,” plus for the online journals UltraPDX and PORT. He holds a BA in Philosophy and an MA in English Literature from Southern Illinois University at Carbondale, plus an MFA from the University of Illinois at Chicago, Prior to moving to Oregon in 2003, Collier and his wife operated the Chicago gallery bona fide to critical but not financial success. They live in Corvallis.