Wolfgang Amadeus Mozart was 18 years old when his opera La Finta Giardiniera (The Pretend, or Fake, Gardener) debuted at the Salvatortheater in Munich in 1775. When it opens Friday evening at Lincoln Performance Hall in Portland it’ll feature a cast almost as young, made up of singers in the elite Portland State University Opera program. Under the artistic leadership of onetime New York City Opera star Christine Meadows, PSU Opera has become known for its high-quality, relatively low-cost, professionally designed productions.

The latter is definitely true in the case of La Finta Giardiniera, which is double-cast in seven major roles (“the students have grown incredibly through the experience of preparing Finta,” Meadows says) and will have four performances, April 19, 20, 26, and 28. Its design team is stellar: set by Carey Wong, lighting by Peter West, lavish period costumes by Hadley Yoder, wigs and hair (a major task for this period comic opera) by Jessica Carr and Randy Graff respectively, props by Sumi Wu.

Wong’s ravishing set is dominated in many scenes by a landscape painted on its walls and inspired by Wooded Landscape with a Peasant Resting, a bucolic painting by Mozart’s near-contemporary Thomas Gainsborough, perhaps best-known for his portrait The Blue Boy. Other scenes take place in a cave, providing a sharp contrast in mood between bright and colorful and dark and forboding.

How to imagine, or reimagine, such a setting?

“When I designed a more realistic production of this opera nearly 20 years ago,” Wong says, “I created a maze of dimensional shaped hedges and artificial foliage that kept reconfiguring throughout the piece. This time around, I wanted a set that suggested both outdoor and indoor locations, with only a few pieces of furniture or set pieces, and minimal foliage. For the cave setting, I devised a couple of panels that could slide in front of the central upstage arch to create a cave opening, and used an oversized flown bare tree branch from an earlier opera production that I designed for PSU.”

Wong’s design, Meadows says, “was a brilliant idea for this production since the opera takes place in the garden and in the home of the Mayor. Since people often painted landscapes on their walls in 1775, Carey’s design makes it possible for the set to serve as indoors and outdoors.”

To bring his design to reality, Wong turned to scenic painter Elecia Beebe, who’s made such work a specialty, and who has collaborated with Wong for many years, going back to the days of the old Musical Theater Company in what is now Revolution Hall. “She has painted most of the operas that I’ve designed at PSU,” Wong says. “I so admire her painterly virtuosity and versatility, and she’s my painter of choice for anything I design in Portland. Recently, she also painted floors and other treatments for the Beyond the Gate exhibit that I designed at the Portland Chinatown Museum.”

Beebe also does watercolors, and has done work for stop-motion animation movies, commercials, museums, the Oregon Zoo, even heads and hands for Rose Festival floats. But, she says, “I find I really like this ‘consumable’ art form, where I create, with others or solo, a piece of work that is exhibited for a while, then is gone. I like the geometry and the scaling involved, and doing things like painting with brushes held in bamboo poles, using sprayers, and creating new methods to achieve an effect. And everything under rigid time constraint.”

Photographer Joe Cantrell spent several days documenting preparations for La Finta Giardiniera, shooting two dress rehearsals and other events. His photographs here are a small selection from what he produced.

The task of transferring a concept from designer to artisan is both practical and delicate. “The rule is, one’s job as a scenic painter is to realize the intent of the designer, to duplicate their style, not one’s own,” Beebe says. “I try to ‘mind meld’ to the extent that I can correctly guess which direction the designer would go upon reaching the inevitable Y’s in the paint path.”

For a scenic artist the process also involves taking into account how other designs, such as lighting, affect the look of the set, and how an audience sitting yards away will interpret the work visually. That involves a fair amount of finessing. “Sometimes large areas are glazed to darken or change tone once seen onstage under lighting,” she says. “This set’s floors and doorways were darkened so faces could be lit effectively against them. … Often it helps to keep things a little cruder and more dramatically high-contrast than would be appropriate for, say, a TV set, so that even under flat lighting moldings etc. look as dimensional as they are. Sometimes one adds detail ‘for the actor,’ painting more area or detail that only those close to the set can appreciate.”

“Color is an odd thing,” says Beebe, who was assisted on this set by Elizabeth Kowash. “Lighting affects what we see, so samples and the painted set change color with the applied lighting. Current digital lighting gives lighting directors some enticing flexibility to light sets, but their spectrums have ‘holes’, making some colors impossible to create onstage.”

Theatrically replicating the Gainsborough painting on the walls, she says, involved “the strange and wonderful task of exploring choice of brushes for the stroke shapes, loading the brush, the vigor of the stroke, and the layering necessary to replicate the work. Until those things are in place, the vibrancy of the original cannot be duplicated. You know you are done when you feel the same way when experiencing the paint elevation and the set piece.”

Once the designers and artisans are done, everything comes together for the actors and singers: a world has been created for them to tell their tale. And after all, that’s the point. Let’s not forget the heart of the thing, the music.

Mozart’s score, Meadows writes in her program notes, “was progressive for its time, far beyond anything that was being written by Mozart’s Italian contemporaries,” employing “a new, rich palette of harmonies and instrumentation. … This opera provides an incredible learning experience for our students. Mozart  is one of the best composers for young singers. His music requires bel canto singing and style, the ability to sing legato, to shape musical phrases and sing coloratura, moving the voice quickly through the entire range. The recitative — sections that are more conversational — are a very different challenge for young singers, requiring them to be flexible and have extreme comfort with the language.”

You can pretend in the garden. But it’s tough to fake it on the stage.

I spent my first 21 years in Tahlequah, Cherokee County, Oklahoma, assuming that except for a few unfortunate spots, ‘everybody’ was part Cherokee, and son of the soil. Volunteered for Vietnam because that’s what we did. After two stints, hoping to gain insight, perhaps do something constructive, I spent the next 16 years as a photojournalist in Asia, living much like the lower income urban peasants and learning a lot. Moved back to the USA in 1986, tried photojournalism and found that the most important subjects were football and basketball, never mind humankind. In 1992, age 46, I became single dad of my 3-year-old daughter and spent the next two decades working regular jobs, at which I was not very good, to keep a roof over our heads, but we made it. She’s retail sales supervisor for Sony, Los Angeles. Wowee! The VA finally acknowledged that the war had affected me badly and gave me a disability pension. I regard that as a stipend for continuing to serve humanity as I can, to use my abilities to facilitate insight and awareness, so I shoot a lot of volunteer stuff for worthy institutions and do artistic/scientific work from our Cherokee perspective well into many nights. Come along! 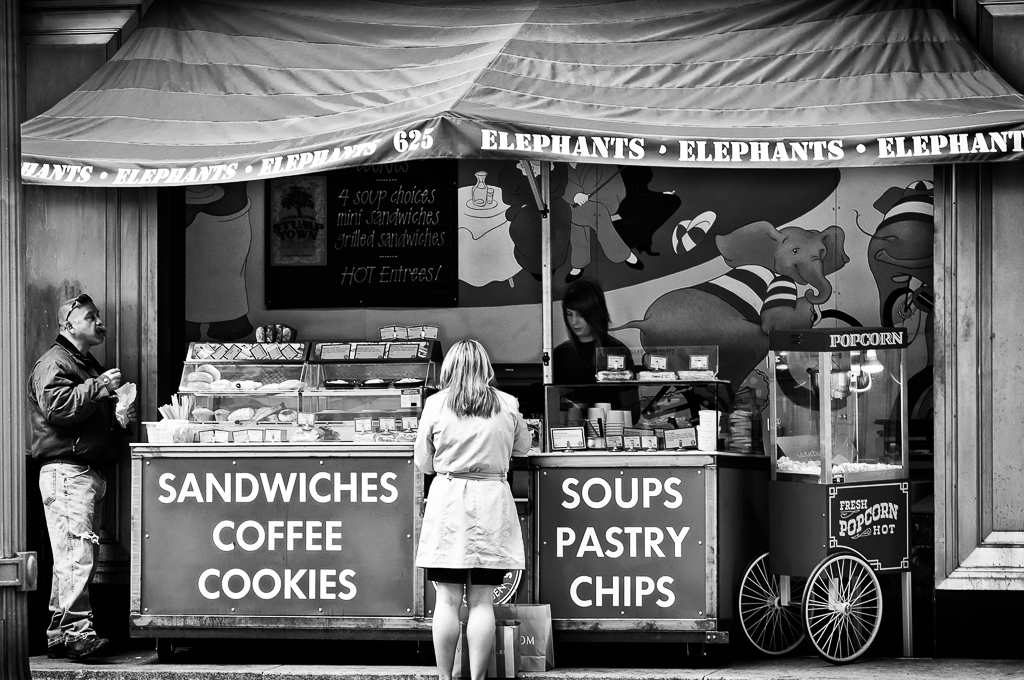 A Portland Journal: The city in photos