Ella and Bessie and Billie (and Cher and Pink and Prince and Madonna). But let’s stick to jazz.

Now there’s Cécile. She has two other names (McLorin Salvant) but she earns the first-name-only tag.

She is the It Girl among jazz vocalists. Her singing has it all: perfect pitch, a range from tenor to high soprano, precise articulation, full-on emotion, playfulness, varying timbres. As well as improvising on standards, Cécile composes and arranges many of her songs, distinguished by clever lyrics, a wry dark view of romance, an unflinching look at the pressures of female beauty standards and behavior, a funny dead-on assessment of male chauvinism, a lack of sentimentality, a timelessness.

She sang at Portland’s Revolution Hall in late April with pianist Sullivan Fortner accompanying — and she was magnifique, as was the subtle touch of the ever-modest Fortner. These two should stick together on stage and in the recording studio; their chemistry works like magic, and they riff off of one another as if they’ve been performing together for decades rather than several years.

Cécile is fluent in French and studied in Aix-en-Provence. Her father, a physician, is Haitian, her mother French, so “magnifique” fits her versatile voice and her large expressive hands like a glove. She broke into big-time jazz as a teen-ager when she won the Thelonious Monk Competition. Dee Dee Bridgewater, Dianne Reeves, Kurt Elling, Patti Austin and Al Jarreau chose her in 2010 for her “remarkable voice and striking ability to inhabit the emotional space of every song she heard and turn it into a compelling statement.” The 28 year old has already won two Grammys for the best Vocal Jazz Album: 2016’s For One To Love and this year’s double CD Dreams and Daggers.

That CD supplied many of the tunes in Cécile’s hour and 45-minute Portland performance (“Nothing Like You,” “If a Girl Isn’t Pretty,” “J’etais Blanche”). She filled out the set with such oldies as “Lush Life,” “Stepsisters’ Lament” and the touching “John Lewis,” an a cappella encore. Wearing a satiny tent-like aquamarine dress, plain flat sandals, and large signature glasses that framed her restless, animated eyes, she stayed on task with little fanfare, a few jokes and no froufrou.

Instead of my celebrating Cécile alone, I asked several Portland jazz vocalists familiar with her to give me their takes on her singing.

“Cécile’s music overall is just so beautifully clear. I love the way she explores crystalline and earthy tones and colors. Her singing has a refreshing quality. … She commits to an idea and communicates it with clarity and compassion.”

Portland Latin-jazz singer Marquez plays often with her husband/pianist Clay Giberson at the Benson Hotel. They are currently singing music of Cuban composer/poet Marta Valdés, whose songs “have rich harmonies,” she says, “and the lyrics are soul-crushing.”

“I love her technique, which allows her to sing effortlessly.” Kilgore compares Cécile “most definitely to Sarah Vaughan. She’s not radical in that she can choose to sing pretty straight and doesn’t scat (to my knowledge), but she is radical in that she takes an old common song such as `What a Little Moonlight Can Do’ and turns it on its head.”

Rebecca Kilgore is a longtime Portland singer who faithfully upholds the Great American Songbook and works all over the world.

“She has serious chops but she uses her instrument to serve the song and the story. She sounds like she intended to do exactly what she is doing, and yet she is spontaneous.

“Not just vocally but stylistically and tonally, Cécile’s range is larger than most singers’, and she moves between ranges effortlessly. She keeps you guessing from song to song and commits to each one in a new way. Most singers have a few different ways to approach songs, and once you have heard a few tunes, you know what to expect. With her, you never quite do, and that is very exciting. It sets her apart.”

Singer/ songwriter/ lyricist/ writer Marianna Thielen is the female half of the Portland duo The Bylines, with husband/ composer/ arranger/ pianist Reece Marshburn. 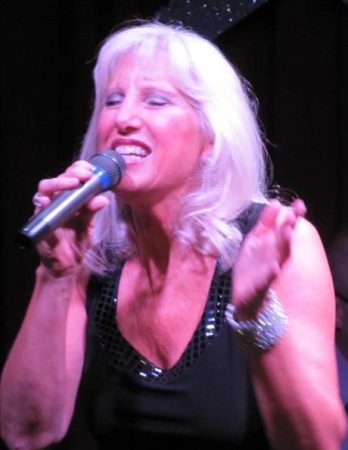 Cécile is “an old soul inhabiting a young body, channeling the greats like Sarah, Ella, Billie, Carmen and Betty. I love her clear enunciation and strong story-telling. I find her very emotive and rhythmically playful, mining fresh nuances from standards as well as digging up lost nuggets rarely heard.”

“She has such a focused voice.” Wendy Lin also praises Cécile’s vocal smoothness, sweetness and phrasing. “Stepsisters’ Lament,” a take on the Rodgers and Hammerstein classic, ranks among Lin’s favorite Cécile hits.

Wendy Lin is an alto soloist and alto sax player with the Portland Woodshed Jazz Orchestra.

Mia Nicholson praises Cécile’s command of “paraphrasing” — improvising with the lyric rather than pure scatting in the mold of Ella Fitzgerald. But even though Cécile’s Betty Carter and Vaughan influences are evident, “she is no imitator. She easily blends mastery with playfulness without coming off as pretentious or self-conscious — a real hazard for a singer with lots of formal classical training like hers. She uses a wide palette of tones and timbres, from light to girlish to richer, full-bodied songs.

“She gave me so much inspiration,” Nicholson said after the concert. “Girl crush, for sure.”

Mia Nicholson has a May 4 gig at Bottle and Kitchen with Portland pianist Randy Porter (nominated this year with singer Nancy King for best jazz album, “Porter Plays Porter”).

Expect Cecile to be around for awhile.