DanceWatch Weekly: The spaces we move through

Lately, I’ve become obsessed with castles: their architecture; their scale; their permanence; their connections to history; their construction; their inhabitants. Castles are lasting, tangible creations, unlike dance pieces, which are fleeting. But they share some commonalities.

I recently had a conversation with someone about how being a dancemaker is similar to being an architect. I explained that when constructing a dance, a choreographer considers the same things that an architect might: style, time, space, design, scale, etc. Like architects, dancemakers create work in collaboration with other skilled artists and craftspeople, using the materials at their disposal. Architects and choreographers experiment as they work, and their creations often reflect their surroundings and culture. (I’m even more aware of the dance-architecture relationship now that I’m studying Odissi, a classical Indian dance form partially derived from relief sculptures, found on temple walls, that depicted movement.)

Ultimately, architects and choreographers both create structures that organize bodies in space. This week’s dance events do that too, removing barriers and bridging divides in the process.

The Oregon Dance Education Organization, for example, is creating an infrastructure of sorts with its conference Building Bridges, Connecting the Field. Dance can be divisive and competitive, so the conference is a welcome attempt to unite its different factions under one roof. The conference, staged in partnership with Portland Community College’s Dance Department, features BrainDance creative movement founder Anne Green Gilbert as keynote speaker. She will guide participants through a five-part dance class focused on building community through relationships and emphasizing skill development, choreography, and reflection. Additional presenters will include Terra Lyn Anderson, Sherrie Barr, Sarah Ebert, Laura Haney, Amy Werner, Sara Parker, and Mary L. Seereiter. Building Bridges will be held Saturday, January 19, at the PCC Sylvania campus. For more information, see oregondeo.org.

Eugene’s DanceAbility International, a program that Alito Alessi and Karen Nelson created in the 1980s to connect people with and without disabilities through movement classes, events, and teacher trainings, is one of 10 international programs selected to participate in the 2019 Zero Project Impact Transfer Program in Austria. The Zero Project Impact Transfer Program, which promotes solutions to the problems that people with disabilities face, prepares organizations to develop their programs into business models for worldwide application. Connie Vandarakis, vice president of DanceAbility’s board of directors, issued a statement on what selection means for the organization: “This opportunity has helped us shift our organization from an arts initiative program to a social entrepreneur program. One cannot overestimate the potential of being selected for the Zero Project and the Impact Transfer Program. The impact will magnify the DanceAbility methodology all over the world.”

Northern California Ballet, which lost its dance studio and costumes in the Camp Fire in Paradise, California this fall, is rebuilding with help from Eugene Ballet. The two companies have had a longstanding relationship ever since 2001, when Eugene Ballet principal dancer Jennifer Martin began guest teaching and dancing for NCB; since then, many Eugene Ballet dancers have participated in NCB programs as instructors and guest artists. This year, Eugene Ballet director Toni Pimble packed up and sent her company’s Nutcracker sets and costumes to NCB, which will perform the ballet January 18-20 in Oroville, California.

A window onto the choreographic process opens during a low-key work-in-progress show from dance artists Joanna Furnans (Chicago), Hope Goldman (Seattle), Allie Hankins (Portland), and Linda Austin (Portland). The show is held 3-5pm Saturday, January 19 at Flock Dance Center. Donations are welcome at the door and no one will be turned away for lack of funds.

How does dance translate to a one-dimensional format? You have two opportunities to find out: the nine international dance films that won awards at the 2018 Portland Dance Film Fest will screen January 19 at the Clinton Street Theater. And the Bolshoi Ballet in Cinema Live from Moscow is back with La Bayadère on January 20. Presented by Fathom Events, La Bayadère, choreographed by Yuri Grigorovich to music by Leon Minkus, tells the tragic tale of temple dancer Nikiya and her doomed love affair with the warrior Solor.

The first production is Indian Music Now, a collaboration among Bharatanatyam dancer Subashini Ganesan and composers Reena Esmail, Asha Srinivasan, Shirish Korde, and Nina Shekhar. Produced by Third Angle New Music, the show plays January 19 at The Vault, in Hillsboro. Indian Music Now reflects the contributors’ experiences growing up within Indian and American cultures. The show features a dance performance by Ganesan and musical performances by Louis DeMartino on clarinet, Branic Howard on electronics, and Sarah Tiedemann on flute.

The second production is the Broadway tour of The Lion King, running at Eugene’s Hult Center January 9-20. The musical, which premiered in New York in 1997, is Broadway’s third-longest-running show and its highest grossing. It has received 70 major awards, including a Tony for its Jamaican-born choreographer, Garth Fagan.

The musical, based on the Walt Disney animated film of the same name, tells the story of the young lion Simba, who is to succeed his father, Mufasa, as king. But Simba’s uncle, Scar, kills Mufasa and takes over as king: Simba is then manipulated into thinking he was responsible for his father’s murder and goes into hiding. When Simba grows up, he returns to challenge Scar and reclaim his birthright.

“We have the negative forces in our lives, but if you are good and strong, you overcome them to beauty, and harmony, and peace,” Fagan told UK radio host Alex Belfield in 2009 in a discussion of the show’s theme.

Fagan, whose Rochester, New York-based company Garth Fagan Dance has appeared in Portland through White Bird, created The Lion King choreography with a unique mix of Caribbean and African dance, modern, jazz, hip-hop, ballet, and stilt work. Fagan has said he intended to expand viewers’ consciousness and reflect the varied experiences of children who came to see the show.

Director Julie Taymor, the first woman to receive a Tony Award for Best Direction of a Musical, also co-designed the masks and puppets, wrote additional lyrics for the show, and designed its costumes, for which she received a second Tony. Elton John composed the music, which earned him an Oscar.

The production features elaborate sets that rise up from the floor; magnificent, heartfelt songs sung in six indigenous African languages; actors and dancers dressed in colorful, ornate animal costumes; puppets; and a luminous orange sun made of silk that shimmers as it rises over this theatrical African desert.

The Lion King is full of theater magic. I hope its universal message of hope, perseverance, and goodness will inspire you and renew your spirit as you move forward into the new year. Surround yourself with beauty and people who inspire you, and go see lots of art–and dance, of course. 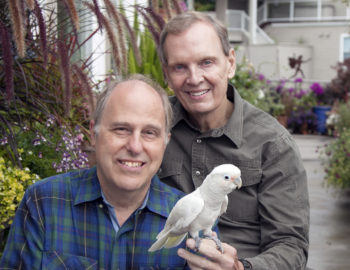 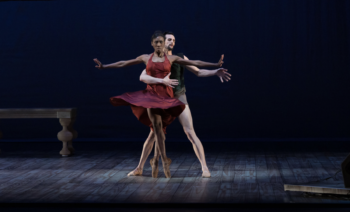 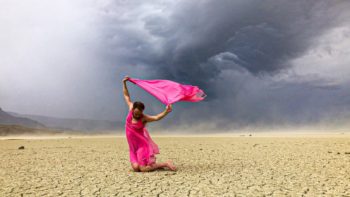