It’s a little ironic that composer and pianist Darrell Grant is receiving the 2019 Portland Jazz Master at this year’s PDX Jazz Festival. For while the jazz he’s played since arriving in 1996 certainly merits the city’s highest jazz honor, Grant has devoted much of his life here to breaking out of the narrow mold of “jazz musician.” Improvising a multifaceted career as teacher, mentor, activist, composer — and yes, jazz artist — Grant may be Portland’s most significant man of music.

“Darrell is a supremely gifted communicator across all media platforms, a gifted composer, educator and improviser, and an accomplished tennis player,” says PDX Jazz’s artistic director, Don Lucoff. “He embodies all that our Jazz Master lineage represents, a relentless searcher and action-oriented role model for our community to absorb and celebrate.”

Grant’s festival concert Thursday (a double bill with the great trumpeter/composer/bandleader/2019 Grammy Award winner Terence Blanchard) allows him to complete a circle by revisiting the music that put him on the jazz map a quarter-century ago.

Growing up in Denver in the 1960s and ‘70s, Grant started classical piano lessons at age 7. Even then, he pushed against prescribed constraints, noodling improvised melodies while his elementary school band’s other pianist played the specified chords. Jazz soon called. “I think it was the freedom of it,” he remembers. Enchanted by classic jazz pianists from Nat Cole to Herbie Hancock, he joined a teenage all-star jazz band, won a scholarship to the Eastman School of Music in Rochester, New York, at age 17, then earned a master’s degree at University of Miami. 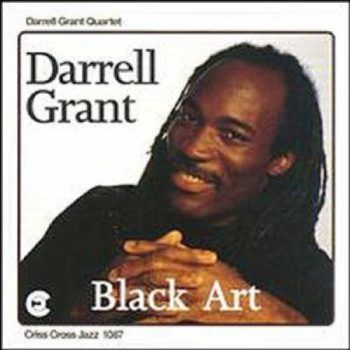 But as he’d done with those classical tunes as a child, Grant couldn’t stay on the prescribed path. When an unsolicited job offer to succeed the storied jazz pianist Andrew Hill on Portland State University’s music faculty unexpectedly arrived in 1996, Grant seized it.

“I was looking for the opportunity to re-invent myself outside of the customary expectations of what a jazz musician does,” he told writer Willard Jenkins in 2016. “Living in Portland has provided me the opportunity to explore different ways of thinking about my role as an artist. I felt welcomed as an artist from day one, and any love I gave Portland was reciprocated in kind. ”

Leaving New York City freed him to follow his own path and to define success by standards other than record sales and gigs. Along with teaching, Grant became an entrepreneur, curating a couple of jazz venues, starting Lair Hill Records, recording eight (and counting) albums, and performing around the world with his own bands and with touring national jazz stars. He’s a member of the Jazz Society of Oregon Hall of Fame and has received, among many other prizes, a Northwest Regional Emmy Award for his score for Oregon Public Broadcasting’s special Jazz Town.

Inspiring the Next Generation

Grant always turns his personal achievements into ways of benefiting his community. In 23 years and counting at Portland State, he’s taught every jazz class in the curriculum, created new courses, mentored a raft of students who now populate the city’s — and the country’s — jazz stages, and in 2002 founded the school’s Leroy Vinnegar Jazz Institute to preserve and promote the art form, cultural heritage and social history of Northwest jazz.

He’s encouraged his students (including Esperanza Spalding) to follow their own thoughtfully improvised paths, whether into musical mastery or other arenas. The Artist as Citizen course he recently co-created at Portland State trains students in the social engagement aspect of their art.

“You take up practices like jazz to find deeper things within yourself, and then use them in a variety of ways,” he explains. “How do you define your mission and understand your sense of agency? That’s what allows young musicians to look at the landscape they’re facing and use their skills and abilities to enter those arenas and make change.”

Those students and other young musicians like those in Portland Jazz Composers Ensemble make Grant optimistic about the future of Portland jazz. “What excites me is the players in their 20s and 30s,” he says. “We have talent in this town that is really of high quality. I feel like they’re up to the task fo bringing their musical vision to fruition in the ecology they exist in. Some of my former students are starting bands. Seeds are being planted.”

How they will flower, though, is another question. “Jazz music is alive in Portland,” he told Chamber Music America magazine in 2015. “We have educators, we have master practitioners, we have venues, we have radio stations, we have non-profits—we have a number of the components that together form what I’d call a healthy ecology. But I think that we have to be willing to let the form grow as it grows—to let it become what it will be become. I think the minute you begin trying to preserve an art in a particular form is when it risks becoming unhealthy and disheartening.”

Grant believes artists can help the rest of the country adapt to the uncertainties of late-stage capitalism’s gig economy. “The artists have the tools because we’ve been on the knife’s edge longer,” he explains. “We have some perspective and ability that people who aren’t used to finding themselves in precarious positions — doctors, lawyers, middle class homeowners — don’t. How do we live well and meaningfully? How do we create resilience in community? We as artists have been doing that, figuring out how to thrive in a harsh environment. And how to remain inspired.

“That’s what I’m passionate about telling students: you can impact the world with these skills. It’s not just for art. Why are we selling ourselves short as artists? How is it that [Czech playwright] Vaclav Havel led a revolution and became leader of a country? We have a skill set, we have power. What are we gonna do with it?”

Grant has plenty of experience doing just that. Proceeds from his recordings and concerts have benefited Mercy Corps, Portland Children’s Museum and the Oregon Historical Society, among other nonprofits. In 2017, he hauled a piano to the Elliott State Forest in Oregon’s Coast Range and played a concert to protest a proposal to privatize the land.

“The Elliot forest (performance) was an experiment: By taking an action, how many ripples can you create?” he says. “There’s a continuum of ways in which artists can engage,” he says. Take his Step by Step: The Ruby Bridges Suite. Composed in 2012 for Reed College’s centennial, the multi-movement work was inspired by the first African American child to attend an all-white public elementary school in the American South and includes other civil rights era writings. It’s been performed throughout the country, including this month in Nashville with a multi-racial choir.

Another upcoming project, premiering in May, is “21 Cartas,” a collaborative song cycle with singer/songwriter Edna Vazquez based on letters written by 21 immigrant women incarcerated in Texas with their children. “What I hope will happen is that relationships are made, connections are built, hearts open up, and from there policies change,” Grant says.

Those non-jazz compositions, following Grant’s landmark 2012 chamber orchestra composition about Oregon history, The Territory (which returns to Chamber Music Northwest this summer) reflect another way he’s improvised his career beyond the usual paths of jazz or academia. A vice president of the national organization Chamber Music America, Grant is increasingly expanding his musical creativity.

Not that he’s left jazz behind. Grant’s MJ New Quartet, featuring four estimable jazz bandleader/musicians, pays tribute to the esteemed Modern Jazz Quartet, which in the 1950s through the ‘70s pioneered chamber jazz. “What appeals to me most now is the way in which they blended the aesthetics of classical chamber music and jazz and allowed them to cross-pollinate,” Grant says. His group plays everything from Modern Jazz Quartet classics to Bach to Beethoven to Brazilian composer Antonio Carlos Jobim.

Non-jazz influences also color Grant’s All 4 Naught trio, which jazzifies contemporary singer-songwriters from Lorde and Pharrell Williams to Sting and James Taylor, rather than relying, as so much of today’s jazz does, on well-trodden mid-century standards. The other two members are former students of Grant’s, and they’re joining him in revisiting Black Art in his PDX Jazz Festival showcaseThursday night.