Dispatches from the podcast revolution

People get into podcasting for some very stupid reasons. On reflection, mine might have been one of the stupidest.

Four years ago I was meeting with my friend Ron, a co-producer on the film BRASS: Lair of the Red Widow that we were hoping to shoot. Developed as a potential TV pitch, it featured a family of Victorian science geniuses involved in a war with a criminal mastermind in an alternative history London.

The problem was, making a film takes a lot of money, even when your proposed film is only fifteen minutes long. (In this case, the eventual budget was about $13,000.) Another problem was the time between writing and final production, as I’d become deeply attached to my clan of 19th century good-doers. Three months in, they’d begun to knock on my mental door at odd times to propose other adventures I should write for them.

“We could always do it as a podcast,” Ron said.

At that time podcasts were still a somewhat exotic-sounding proposition, though Ron’s girlfriend had been running a successful one (about polyamory, if you must know) for some time. She admitted it was a lot of work, but it generated a pleasant little income via downloads and merchandise, so we were inclined to think it could be done—and for a lot less expense and hassle than making a film.

“Much easier!” I agreed. Wrongly, as it turns out. There’s a big difference, expense and production-wise, between your typical podcast and a full-fledged audio drama.

We are in the midst of a full-throated podcast revolution. Twenty-four percent of Americans listen to at least one podcast a month, while 44 percent of the country have at least listened to one, up 4 percent since last year. (That’s 143 million people.) In an age of increasing social fragmentation, podcasts are perfect for commuters with long drives, as well as those in the gig economy who have sporadic downtime. Available whenever and via smart phones wherever, podcasts give us extra content to spackle into lives already plastered by other on-demand media.

The podcast “industry” is at a point similar to that of radio stations in the 1920s, before the FCC and the creation of major networks. In those days, radio stations were small, independent operations, broadcasting pretty much whatever they wanted at whatever signal strength they could afford—some of the border state stations, for example, had signals so powerful that the barbed wire near the transmitters would run blue with electricity.

Eventually these stations became standardized commercial entities and then affiliated networks featuring shared shows, paid for by the advertising dollars that continue to fund both commercial and, in the form of underwriting, public radio stations. Despite their growing popularity, podcasts are still far from an equivalent business model.

The standard format of most podcasts is simple. Two or three people talk on a topic of shared interest and (we hope) of knowledge, cracking some jokes to the extent of their ability. This reflects its origins in the shareware community, when in the 1980s and ’90s music enthusiasts began recording and sharing curated music via the internet, essentially digital mix tapes. Simultaneously, computer enthusiasts hosted “talk shows” where they’d invite guests to chat about programs, platforms, games and hacks. These were material by, and generally for, tech geeks—like Off the Hook, a hacker-oriented weekly show that’s been going since 1988. (It also helps explain the unpolished and often downright awkward personalities of podcast people—it’s been baked into the form.)

The other major influence on podcast format is the blog. Many early podcasts were conceived as audio blogs, and shared the same first-person, occasionally confessional mode. The pros and cons of blogs are often evident with podcasts—new and different voices and formats, occasionally amateurish execution and solipsistic meanderings.

The greatest creative influence on podcasting is the public radio show This American Life, which masterfully mixes journalism, memoir, and interview to create themed audio works. In 2014, the show spawned the hit podcast Serial, a true-crime investigation that became a world-wide phenomenon, downloaded more than 175 million times to date. For many people this was the wake-up call to a world of original entertainment they could listen to on their own schedule. (The tech innovation of RSS feeds, allowing listeners to subscribe and automatically receive ongoing episodes of a podcast, was a game-changer.)

As recently as two or three years ago all available podcasts were probably produced by only a few hundred sources. Now that number has exploded, as news sites like Slate and The New York Times, celebrities like Rick and Morty creator Dan Harmon, and probably two or three people you know are all regularly podcasting.

Unfortunately for most podcasters and their listeners, This American Life and its spin-offs have staffs of experienced audio professionals who can take months to burnish their work. So the complicated audio effects and sophisticated format of such shows remains largely aspirational, and most podcasts stick to the format of two or three people sitting around a mike bloviating and occasionally cracking wise. In December Portland hosted its first-ever Podcast Festival at the Hawthorne Theater featuring 13 shows, with local podcasters talking about anything from bike repair to atheism.

Conspicuous in their absence were any audio dramas.

These are a whole other level of complexity from the “turn on the mike and talk” model of most podcasts. While audio dramas require less rehearsal, cost and crew than a play or film, the requirements of a script, experienced actors, sound effects and editor are complicated and can take months of pre- and post-production. (My show BRASS, now in its second season, has managed a rate of about 10 episodes a year—though we’re currently producing one every three weeks.) So it’s a true compliment to say that one of the most impressive aspects of Portland audio drama producer Eric L. Busby is just how prolific he is.

Busby, the creator of both the gothic urban fantasy The Byron Chronicles and the new SF series Far Horizons, has been creating audio drama since 2003. Coming out of the fan fiction tradition, his first pieces were new episodes of Star Trek and Doctor Who, and he’s realistic about their quality: “My first productions were horrible, and the people doing the lines weren’t exactly actors, and boy, you could tell.” But a brief stint of unemployment in 2004 gave him the opportunity to spend time learning production skills, and he’s now acknowledged as one of the most impressive podcast engineers on the scene.

Busby’s 2005 creation Byron is a mysterious immortal living in Portland with complex feuds and allegiances with vampires, werewolves, and other supernatural creations. It’s a breezy urban fantasy reminiscent of Buffy the Vampire Slayer and Doctor Who, with the local setting his own contribution to Keeping Portland Weird. Busby’s just wrapped the show’s seventh season, while he writes and produces more for 2018.

Byron really caught fire when Busby made contact with British actor David Alt via an online message board. Alt’s weary and occasionally snarky performance is a great match for a calculating long-lived being, and he’s played the role ever since, despite only meeting Busby a couple of times in person.

This is part of what makes Busby such an impressive producer: he records his shows remotely, with the actors sending readings from their homes. Directing via emails and phone calls, he manages to get some pretty solid performances, which he then edits together into a surprisingly smooth result.

Far Horizons, his new show, highlights his other strengths—epic sound effects. Following the adventures of a spaceship that discovers an alien wormhole in an asteroid belt, it includes a complex soundscape that slyly references our collective consciousness of science fiction in TV and film. When a character engages a locking mechanism between a spaceship and its station, the results sound pretty much exactly like what your inner eye is seeing. The show is just getting started, but already getting positive feedback. And now in addition to these two shows, he’s getting ready to re-launch a third series, the zombie series Alive Inside—a staggering output for a writer/director/producer working out of his home.

Christopher Hart, the Portland writer/director of the SF audio drama Exoplanetary (just beginning its second season), finds producing a single show challenging enough. “I really wanted to tackle a science fiction epic, something that the audio dramas I listened to weren’t doing. What I learned is the reason people don’t do it is that it’s so much more work than a single-mike narrated drama. This has involved months of writing and casting, not to mention recording, producing and editing.”

Hart, whose background is in theater, lists among his inspirations Douglas Adams and Kurt Vonnegut, and their influence is clear in his wise and witty series charting the adventures of the four Wolverton siblings in their very strange career paths working for the vast and powerful Exoplanetary Corporation. Well-worn SF tropes like time travel, AI and Interstellar adventure are cleverly reconfigured into contemporary fables of how technology affects us, and what it takes to be a happy human in any age or place.

Hart’s decision to use professional actors and crew and to hire a recording studio meant that his expenses and complexities were notably higher than Busby’s, though he’s been able to defray some expenses through his Patreon. And his goals seem to be somewhat loftier, for while Busby’s work unabashedly resembles popular SF franchises, Hart’s work is more nuanced. “The show comes from my habit of reading a wide range of recent scientific discoveries and theories over the years, until finally they all sort of fell together. I wanted to write something more political and philosophical, and this seemed like a fun medium for that.” The result is both funny and willing to upset our preconceptions of standard narrative.

Hart and Busby, along with me and 30-odd other local podcasters, recently formed a Portland Audio Drama Production Society, with a Facebook presence and a monthly meet up at Rogue Eastside Pub. Conversations online and in-person are far-ranging, but the one most often returned to is: How do you make money from this? Because despite the vast number of podcasts, very few make their creators grocery money, much less a living. The promise of virtually unlimited audiences is enticing, but in such a clangorous wave of new work, just letting people know you exist can be daunting. And like everything else on the internet, “free” is the expected price of admission.

Until a sustainable economic model emerges, the podcast scene remains dominated by amateurs and energetic fans producing a whole lot of undistinguished and derivative genre work. But that’s part of what makes it all so promising. We are in the earliest stages of podcast audio drama, and like radio’s beginnings, despite some slapdash amateurism and no clear business model, there’s a lot to like about its messiness and the passion of its creators. As a medium, podcast audio drama is just figuring out what it can be.

Next meeting of the Portland Audio Drama Production Society will be at 1 p.m. Saturday, April 14, at The Radio Room (for a change). Find us on Facebook for more details. 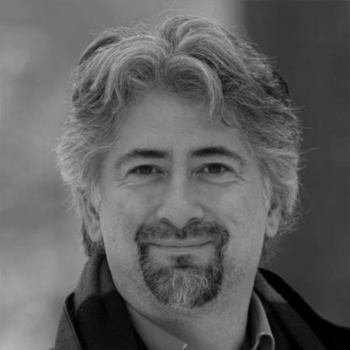 John Longenbaugh is a recent Portland arrival from Seattle, where for the last 20 years he wrote for a variety of publications including Seattle Weekly, as first a theater critic and later a theater columnist. He’s happy to be in a new city where the arts scenes feel vital and optimistic. As a playwright he’s had a number of scripts produced regionally and across the country, including his Sherlock/Christmas Carol mash-up, produced here locally at ART a few years back. His current project is the multi-platform Steampunk story BRASS, available as a podcast, short films and live stage shows. Listen for free and get details at battlegroundproductions.org.