The traditional method of producing is to start a theater company, announce a season, and run a half-dozen shows for several weeks at a time. That still dominates, especially in the nonprofit theater world. 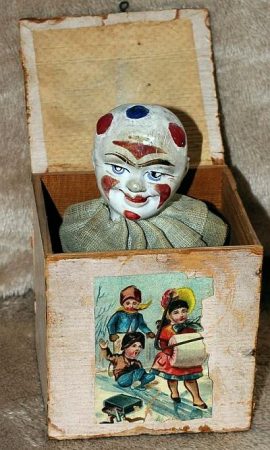 But more and more, quick-hit shows are spicing up the scene. You might not see reviews of them very often, because they’re in and out, here and gone. But a growing number of  producers and performers are taking advantage of short-run opportunities, and it takes a little scrambling to keep up.

What is the Fertile Ground Festival but a massive series of pop-ups? What about a company like Boom Arts, which exists to bring in a steady stream of political or experimental shows from around the world for very brief runs? What about the several play-reading series in town? And it’s not just small lean groups popping up and down. The two biggest theater companies in town, Portland Center Stage at The Armory and Artists Repertory Theatre, are playing the short-run, special-event game, too.

With high-profile shows like And So We Walked, La Belle: Lost in the World of the Automaton, and The Thanksgiving Play settled in, and with the national tour of Hamilton hitting the road out of town, we’re entering a pop-up sort of week.

Some of the things popping up:

A FOND FAREWELL: Hand2Mouth Theatre and Third Angle New Music collaborate on a new piece about Elliott Smith, the onetime Portland singer/songwriter, who was stabbed to death or committed suicide (the autopsy evidence was inconclusive) in Los Angeles in 2003, at age 34. Thursday and Friday only, April 12-13, Alberta Rose Theatre.

WHITE RABBIT RED RABBIT: There’s a story behind this one, but unless you do a lot of research you won’t know for sure what it is until you see the show. The performers won’t, either: Each night a different actor is handed the script and reads it cold. WRRR is by Iranian writer Nassim Soleimanpour, who sent his play into the world in 2011 (it bowed at the Edinburgh Fringe Festival) but didn’t see it himself until 2013: he couldn’t get a passport to travel outside Iran, because he refused to do national service. Four nights only, April 12-15, at Artists Rep, with Susannah Mars on Thursday, John San Nicolas on Friday, Ayanna Berkshire on Saturday, and Darius Pierce (who knows a bit about blind performances as a founder of Anonymous Theatre) on Saturday.

THE PROPOSAL and THE BEAR: Readers Theatre Rep brings staged readings of a pair of short tales, both quite delightful, by Anton Chekhov. This is Chekhov-on-a-stopwatch. Friday-Saturday only, April 13-14, at Blackfish Gallery, RTR’s longtime home space.

NO STRINGS: Lakewood Theater’s interesting series of “staged singings” of little-remembered gems from the long history of the Broadway musical stage continues with this 1962 show about a fashion model in Paris, an expatriate novelist, and, you know, the sort of thing bound to happen when a fashion model and an expatriate novelist meet in Paris. Music and lyrics are by Richard Rodgers, and the book by Samuel Taylor: it’s the first show Rodgers created without Oscar Hammerstein II. Lakewood’s Side Door Stage, Three shows only, April 13-14: 7 p.m. Friday, 2 & 7 p.m. Saturday.

TWILIGHT: LOS ANGELES, 1992: Anna Deavere Smith’s searing 1994 play is based on many interviews she conducted with people affected one way or another by the 1992 Los Angeles riots, which were sparked by the acquittal of four police officers charged with excessive force against and beating of  Rodney King. Chantal DeGroat will star in this stripped-down, on-book solo performance, directed by Josh Hecht. Profile Theatre, Three performances only, April 15-17.

And some things aren’t pop-ups at all. A few regular-run shows opening this week:

ALWAYS, PATSY CLINE: Tigard’s Broadway Rose is bringing back its 2013 hit production of Ted Swindley’s musical tale of the unlikely friendship between the great country singer and a fan who becomes her faithful pen pal. Sharon Maroney is Louise, the fan, and Sara Catherine Wheatley reprises her acclaimed performance (with lots of songs) as Patsy. New Stage, 12850 S.W. Grant Ave., Tigard, through May 6.

QUIETLY: Corrib Theatre’s artistic director, Gemma Whelan, directs Owen McCafferty’s tale of the aftermath of the Troubles in Ireland. The action takes place in a Belfast bar where two middle-aged men meet 30 years after a horrific event that took place there and changed their lives. Against a background of the complex history of Ireland’s bloody, decades-long conflict, the two men get together for a drink, a football match on TV, and the telling of their tales. Tim Blough, Ted Rooney, and (as the Polish bartender) Murri Lazaroff-Babin star. Performances are at New Expressive Works, through May 6.

GOOD KIDS: Beth Harper directs a cast of a dozen current and former students at Portland Actors Conservatory in Naomi Iizuka’s play about the aftermath of a sex crime and its cover-up. It was the first play to come out of the New Play Initiative of the Big Ten Consortium, a program designed to create new plays by women playwrights with strong roles for women. The Conservatory has produced a steady stream of good professional actors for Portland stages and companies across the country, and it has an excellent track record for its own productions. Performances at Shoebox Theatre through April 29.

DramaWatch: Welcome to the Cuomo Collaborative