STORY AND PHOTOGRAPHS BY FRIDERIKE HEUER

Last week I met a guardian of both the past and the future.

A conversation with Greg Archuleta, artist, educator, and now Cultural Policy Analyst for the Confederated Tribes of Grand Ronde, made his calling abundantly clear. On the one hand, as an artist and educator, he is focused on preserving the traditions and knowledge of the past. On the other hand, he is also intensely engaged, both as an educator and a community activist, in protecting conditions needed to extend that past into the future.

We met at the Portland offices of the Confederated Tribes of Grand Ronde in the context of looking at his and his students’ work on a wood block carving for the Exquisite Gorge project put on by Maryhill Museum of Art. He and several of his fellow carvers will be among all those who gather on August 24 at the museum for the public printing of the aligned 4×6 blocks by means of a steamroller, if the weather complies.

“…a collaborative printmaking project featuring 11 artists working with communities along a 220-mile stretch of the Columbia River from the Willamette River confluence to the Snake River confluence to create a massive 66-foot steamrolled print. The unique project takes inspiration from the Surrealist art practice known as exquisite corpse. In the most well-known exquisite corpse drawing game, participants took turns creating sections of a body on a piece of paper folded to hide each successive contribution. When unfolded, the whole body is revealed. In the case of The Exquisite Gorge Project, the Columbia River will become the ‘body’ that unifies the collaboration between artists and communities, revealing a flowing 66-foot work that tells 10 conceptual stories of the Columbia River and its people.”

Archuleta was born in Portland and grew up on unincorporated farmland near Gresham. He hails from the nations of Clackamas Chinook, Santiam Kalapuya, and Shasta, and is a citizen of the Confederated Tribes of Grand Ronde (CTGR). After receiving his degree in journalism and political science from the University of Oregon he worked as a consultant in various positions for the CTGR and developed his artistic practices. An accomplished artist, he has had his work shown in various galleries and notable exhibits, including at the Portland Art Museum.

Much of his time and efforts as an educator went into developing the Lifeways program, an immersion program into the culture and history of the tribes of Western Oregon. This is also where fellow award-winning artist Greg A. Robinson (Chinook) teaches, who participates in the project as well: You might have admired his recent public works – a five-foot-diameter bronze medallion and two basalt carvings representative of the ancient traditions of the Chinookan people – which adorn both sides of Tilikum Crossing in Portland.

The Lifeways program offers hands-on cultural learning covering many aspects of life essential to Native American culture. Archuleta teaches traditional skills and cultural knowledge, from ethnobotany, carving, and cedar hat-making to Native art design and basketry. A notable range, if you ask me.

Many of these topics appear in the design of the wood block that represents Section 1 of the Columbia River Gorge, at the confluence of the Columbia and Willamette, rivers so vital to this region. The plants that were essential staples for the tribal diet, the Camas and the Wapato tubers, found their way onto the board. The fish, salmon and lamprey eels, as well as clams, can be spotted. Often you see a depiction of any of these coupled to a reverse appearance in space – a traditional representation of the real world and the spirit world.

Plant identification, instructions about traditional use and food resourcing are an important part of the curriculum at Lifeways. Archuleta is a soft-spoken, reserved man, but becomes very animated when the conversation turns to the ways in which this knowledge is of utmost importance and essential to preserving tradition. Moreover, the foods in question are all imperiled in one way or another.

For one, there are the fish and the dams. Or is it the dams and no fish? The dams were erected during a time when economic pressures called for cheap electricity (among other purposes, to produce aluminum) and reliable water levels for commercial barges to navigate the river. President Franklin D. Roosevelt’s signing of the Bonneville Project Act in 1937 gave the facility administrator (under the control of the United States Department of Energy) the authority to take any steps necessary to complete the dam and ensure its efficiency, “by purchase, lease, condemnation, or donation” (United States BPA, 32). The decisions regarding the disposal of personal property rested solely on the judgment of the dam’s administrator. This clause of the act made the destruction of forty traditional Indian fishing sites as well as homes and towns possible. And the dams killed the fish, a precursor to other ecological disasters.

The devastation to fish runs was lasting and eventually acknowledged: In the last decades the BPA has invested heavily in fish restoration, which has not yet worked enough for the wildlife to be lifted out of the Endangered Species Act. For a more recent, detailed, terrific summary article, go here.

Salmon are also negatively affected by the steady increase in temperature in the Pacific waters to which they return. In addition to global climate crisis, local issues with land use contribute to the disaster. Runoff from farms and poor forestry practices lead to diversion and disruption of stream flows, and increased sediment in streams where salmon spawn, reducing their odds of survival when they reach the ocean.

Important plants are endangered as well. Traditional staples like the Camas lily (Camassia or Quamash) have been under siege from invasive weeds, and the bulbs may have stored toxic residue from pesticides used to combat reed canarygrass and meadow foxtail that engulf the fields. Archuleta works with METRO to apply traditional ecological knowledge to fight the invaders – actively seeking to guard the food supply for future generations.

Then there is Wapato, a sacred first food found in wetlands, swamps, marshes and along the rivers. It once grew in abundance in our region; if you find it now you might want to have it tested before you eat it. The USDA lists it as not palatable for human consumption because it absorbs metals and other pollutants in the water.

Students at Archuleta’s work session, ranging in age from 19 to somewhere north of 70, from beginners to experienced craftspeople, were busily at work on the wood block. The carving session was interrupted by frequent visits to the communal table laden with food. Everyone brought something, from self-caught wild Alaskan salmon to the first huckleberries of the season, from pizza to donuts, wild rice and grapes – a feast.

I envied the ease and visible friendship of members of a group dedicated to making art – as a group for whom the representations held shared meaning. Much laughter and teasing, helpful instructions about process, and even a rare, brilliant smile by Archuleta when newly arrived students entered the room and were greeted after a long absence. The sense of community was palpable; the devotion to the task at hand equally strong.

In something of a comedy of errors and numerous mixed signals, I had gone a week earlier out to Grand Ronde thinking I would meet the artist there. It was a fortuitous mistake, since that way I had time to visit Chachalu, the tribal museum and cultural center of the Confederate Tribes of Grand Ronde. Just like the Lifeways program, the museum is part of a cultural development project, trying to conveying the history, traditions and cultural knowledge of the past, and guiding next generations to their future. (I have written about the current exhibition here.)

The museum does – and does well – what is so direly necessary: changing the dominant narrative about Native Americans and their history, a narrative that is often derisive or objectifying (think mascots!) and built on stereotypes and half-truths about the 5 million Native Americans across more than 600 sovereign Native nations among us.

In the voice of Suzan Shown Harjo, (Cheyenne and Hodulgee Muscogee,) a long-time policy advocate: “Narrative change is necessary today! Without it, we remain erased, invisible, out of sight, mind and heart. With it, we gain visibility, contemporary understanding, greater voice and respect.

The museum houses exhibits, archival material for research, and rooms for conferences and workshops. Here we can learn about the strength of tribal history, the values central to the way of life – the attachment to place and tradition – and the resilience of a culture that has seen more than 500 violations of treaties through the ages, by federal and state governments, corporations and individuals. We can witness the revitalization of a nation after the loss of land, forced relocation, and assault on their language and ongoing destruction of their sacred places.

And speaking of a new narrative and museums: A new exhibit – This IS Kalapuyan Land –  opens on Thursday, August 15, at the Washington County Museum. Guest-curated by Stephanie Littlebird Fogel (Kalapuyan, Grand Ronde), it is meant to point to the differences between Native and non-Native versions of history. From the press release: The exhibit questions what information is presented as “fact” and how the museum context shapes what the audience learns. “Ultimately, I want to challenge the way we recall our shared histories,” states Littlebird Fogel, “and examine how biased narratives can be perpetuated through archeology and academic institutions like museums and universities.” Among the contemporary artists who will be displaying are:

The art that emerged in front of my eyes at the Grande Ronde tribal offices in Portland during the carving session contains all the elements needed to gain a better understanding of Native American culture. The focus on place is shared with many of the other representations of the various sections of the Columbia River Gorge in the Exquisite Gorge project. The symbols of sacred foods and representations of origin stories provide an exclusive narrative of strength and adaptation. It echoed something that Archuleta had impressed on me repeatedly during our conversation: “My people are not stagnant. They always knew to adapt and incorporate objects and practices that allowed them to survive.”

I left that evening thinking that I hope the rest of us, those who are non-Native Americans, can adapt, too: let go of our stereotypes, don’t undermine binding agreements, protect sacred sites, become allies.

This is Part 6 in a series of stories and photographs by Friderike Heuer, published on Oregon ArtsWatch in collaboration with Heuer and her web site YDP – Your Daily Picture. It is also published on YDP, on Monday, August 12, 2019. 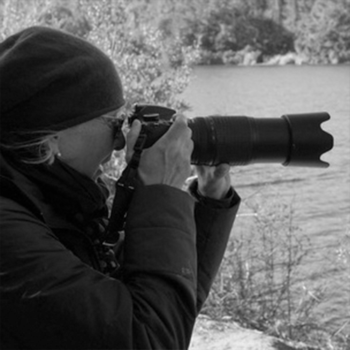