For Maryhill Museum's Columbia Gorge project, fiber artist Bonnie Meltzer explores electricity and its effect on the river and the land.

STORY and PHOTOGRAPHS by FRIDERIKE HEUER

You cannot define electricity. The same can be said of art. It is a kind of inner current in a human being, or something which needs no definition. – Marcel Duchamp

HYDROPOWER. WIND POWER. SOLAR POWER. WILL POWER. All of these topics loomed large when talking to Bonnie Meltzer, the last artist I visited in the context of Maryhill Museum’s 2022 Exquisite Gorge II project. She chose to focus on power generation and transmission, a creative move that captures a defining element of the Columbia Gorge landscape and the river as a whole, both visually and economically. It is also a timely topic in an era when calls for renewable energy have become more urgent in light of the impending climate catastrophe. And it is a potential reference to the obstruction from the fossil fuel industry that is not willing to yield profits regardless of scientific data pointing to the damage wrought on the planet. In the lineup of 11 works by different fiber artists, Meltzer’s sculpture features Section 9, located close to Pendleton, with The Confederated Tribes of the Umatilla Indian Reservation as her community partner.

The installation consists of crocheted, fabricated, and collaged representations of wind turbines and pylons towering over the river, lined by tumbleweed. The towers command visual attention, directing our focus to power lines feeding our incessant demand for electricity.

It is surely no coincidence that electric power and art have often been metaphorically entwined. Most of us cannot claim to fully understand art and electricity’s unpredictable ways, their danger, their ability to illuminate and, yes, to electrify. Clearly they are about transformation, but the details remain a mystery to most. OK, they mystify me. Wired currents, inner currents – I am with Duchamps here, at a loss for a definition, though I am sure a decent engineering or physics education could fix that at least for half of the pair.

THE RELATIONSHIP BETWEEN electrical power and art is in some strange ways also embodied in the various art museums, galleries and Kunsthallen that used to be power plants and are now housing art, often art directly related to electricity, either as subject matter or to the use of electric devices in the areas of light art. Some even produce electricity as well. The most famous ones are probably the Tate Modern,

which was the former Bankside Power Station in London, England; and the Nanshi Power Plant that was subsequently renovated to house the “Pavilion of the Future,” which opened to the public in 2010 for the Shanghai World Expo.

Toronto has a splendid space, The Power Plant,

as does Sydney, Australia, with its Powerhouse Ultimo.

Germany has at least two such museums, ZOLLVEREIN KOHLENWÄSCHE (Former Zollverein Coal Mine) in Essen,

and E-Werk Luckenwalde, outside of Berlin, which actually still generates power and claims self-sufficiency.

The newest of the bunch of converted power plants, which I would love to see if travel is ever again a possibility for me, is the Kunsthalle Praha, which opened in Prague this year with – who’d have guessed it – a show about electricity, Kinetismus: 100 Years of Electricity in Art, tracing the history of electricity in art over the past century, to rave reviews.

MELTZER AND HER FASCINATION with electric power fit right in, then. She surely has the creative spark of defining some of the symbols associated with power in interesting ways, having them pulse enough in crocheted constructions of metallic wire, plastic strands, reflective beads and luminous odds and ends that the resulting landscape becomes electrifying.

The issues of environmental impact, pollution and heritage protection are also not new to her; she’s been long ahead of the curve. There is a substantive thread across her body of work that shows her concern, but also her humorous ways of tackling issues in non-combative, and, importantly, non-didactic ways.

She has assessed various aspects of pollution in her Fossil Fuel series, which dealt with coal terminals and transport,

the dangers of particular matter and coal dust to both environment and human lungs, a beautiful, delicate installation,

Use of atypical materials, creative juxtaposition and unusual textures abound. For me the most interesting aspect of the work, though, is the use of a traditional feminine craft, crocheting, and objects like beads, associated with women’s jewelry or finery, to communicate political ideas and offer social critique. Take this cape, for example, that the artist modeled with gusto and graceful movement, that looks at the many layers of interactions in riparian zones, at the water’s edge. Pollute one, endanger them all. It was originally crocheted for a performance at Cascadia Composers, Our Waters: Big River to the Pacific.

The combination of her interests and her craft reminded me of the work of the artists and architectural team Jin Choi and Thomas Shine. They have worked with pylons, wind turbines and transformers in their actual dimensions, seeing beauty where others see ugliness in the newly defined landscape. They connect the wind turbines to us by use of human figures, giants that stand in those nordic landscapes as a reminder that humanity is served by renewable power.

The architects also turned to crocheting for huge environmental installations, so of course I was reminded of Meltzer, who has also escaped the realm of pot holders and doilies traditionally associated with that ancient craft, exploring political storytelling with chains crocheted from fishing line or wire, looped, doubled, arranged in the most intriguing ways.

Just imagine if Meltzer could have the support to work on that scale!

“You have my mother’s golden hands.”

BONNIE MELTZER WAS CLOSE to her beloved grandmother and appreciates the skills she inherited from this gifted fiber worker. Born into an orthodox Jewish family in New Jersey, she practically grew up with a crochet hook in one hand and a crayon in the other (I quote.) For a girl born in the 1940s into such a traditional community, with parents who did not even have a chance to finish school, it must have been an act of incredible willpower to disentangle oneself and find a personal path that potentially defied norms and expectations. Or so is my guess, based on reports of women of similar backgrounds who I met when living in New York City. Meltzer and I did talk about her love for her grandmother, encapsulated in the sculpture shown below, but I was too immersed in listening and simultaneously taking in the visual riches around me to ask a lot of followup questions.

Meltzer received a fellowship to the University of Washington, Seattle, and earned her MFA in 1971. Her work has been widely shown throughout the Northwest and beyond, for example at the Hallie Ford Museum and Columbia Center for the Arts. Works are in collections at the University of Washington, Baylor University, National Science Foundation, and the City of Portland. Most recently she had a well-received installation at the Oregon Jewish Museum and Center for Holocaust Education, Mending the Social Fabric (see Beth Sorensen’s review for Oregon ArtsWatch here.)

The project, with themes related to immigration, voting, Covid-19, social justice and safety nets, had “… at its core a parachute with a 314-foot circumference that is encircled by 75 handkerchiefs embroidered with text that amplifies the mending motif. Mounted behind the parachute are textiles from across the globe. The parachute, a symbol of safety, has rips and tears and over the course of the exhibition interactive community building happens as visitors sit and mend the damage.”

The devotion to working with the community is repeated in the current fiber art project, sewing circles of old evolving into collectives giving voice to their environmental concerns.

MEANWHILE BACK IN THE STUDIO, there is still much to be explored.

Golden hands, indeed, given the countless stitching sessions and the work with materials that are pliable, but certainly not as easy as traditional thread. Green thumbs, by the way, as well. Her organic vegetable garden surrounding her cottage is quite productive.

These are not the only traits associated with this artist, though. Her desire to build and maintain community is reflected in the many occasions in which she works with others, both teaching and accepting help, like for the EG II project on hand. Meltzer jumped in when a previously assigned artist had to drop out of the process for unforeseeable reasons. Rather than having a year or more preparation time, she had a total of six weeks to conceive a design and do the work to have it materialize. About 20 people of all ages helped, recruited via Facebook and word of mouth, but the bulk of the task rested of course on her, making for sometimes 12-16 hour work days, for a woman who is approaching her 80s. Talk about willpower! And Sitzfleisch, to use another German/Yiddish term: the capability to stay on task with grit, patience and determination. Seated on your tush.

Her sense of beauty and whimsey is reflected inside and outside her house and studio, with small and large discoveries to be made around each corner.

Notable, however, is a curiosity about the world, and openness to look closely and dare to comment without hesitation. The world is often represented by means of various altered globes throughout the artist’s studio and with themes that react to each political moment, from elections to war.

but the artist is still on top of it all!

You will meet Bonnie Meltzer and all of the other participants in this adventure on August 6th at Maryhill Museum. There will be plenty of activities. You can watch the sculptures being installed on top of the bluff, help shear sheep, engage in fiber crafts of various kinds. You can talk to the artists and visit the museum, which has a lot of other things to offer.

I will be the one with the camera. See you there!

“…a collaborative fiber arts project featuring 13 artists working with communities along a 220-mile stretch of the Columbia River from the Willamette River confluence to the Snake River confluence. The project, again initiated by Maryhill Museum of Art and following the original one by printmakers in 2019, takes inspiration from the Surrealist art practice known as exquisite corpse. In the most well-known exquisite corpse drawing game, participants took turns creating sections of a body on a piece of paper folded to hide each successive contribution. When unfolded, the whole body is revealed. In the case of The Exquisite Gorge Project II, the Columbia River will become the ‘body’ that unifies the collaboration between artists and communities, revealing a flowing 66-foot work that tells 10 conceptual stories of the Columbia River and its people.” 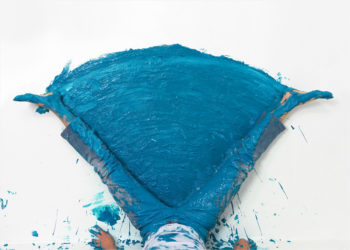