A tale of a 32-year-old "teenager"; a dad who goes way, way too far; the Criterion Channel's exquisitely timed look at a chapter in Hollywood's spotty racial history.

THERE’S A DOUBLE DOSE OF DECEPTION in two new indie releases this week. In both cases, the subterfuge is played for laughs mixed with pathos, and their common conclusion is that people will fall for anything—for a while, at least.

The more factual impressive feat of fraud is the subject of My Old School, a formally inventive documentary about the case of 16-year-old “Brandon Lee,” who in 1993 enrolled at the well-regarded Bearsden Academy in suburban Glasgow. In present-day interviews, his classmates recall both his unusual appearance and the odd coincidence of his name, considering that the movie star Brandon Lee had tragically and famously died only a few weeks earlier.

I feel bad giving even that much away, but My Old School’s marketing materials do the same. And there are plenty of other surprises in store. Director Jono McLeod uses animation (cleverly modeled after the style of the vintage MTV show Daria) to reenact episodes in “Brandon”’s school career redux. Withdrawn at first, he eventually comes out his shell, even landing a starring role in South Pacific.

Eventually, of course, the fakery is revealed, and the movie shifts to an exploration of how this happened in the first place—how admissions officers, faculty, and students were all hoodwinked into thinking that a 32-year-old man was a teenager, despite ample evidence to the contrary. (Oh, that’s why he has a driver’s license! Oh, that’s why he does so well in Bio!)

(My Old School opens on Friday, August 5, at the Living Room Theaters.)

THE DUPLICITY UNDERTAKEN by Patton Oswalt’s character in I Love My Dad can seem, if you squint, to emanate from a purer motive than that of “Brandon,” but it goes to much weirder places. In this debut feature from writer-director-star James Morosini, apparently inspired by his own experience, Oswalt is Chuck, the hapless, unreliable, estranged father of Franklin (Morosini).

After Franklin stops taking his calls and blocks him on social media, Chuck has the terrible idea of creating a fake profile to keep tabs on his teenaged son, who has recently returned from the mental hospital where he had been confined following a suicide attempt. (It gets funnier, at times.)

Chuck steals photos from the profile of a cute young waitress at his local diner, and, as “Becca,” reaches out to Franklin online. Then guess what happens. Yes, that’s right, Franklin falls hard for this pretty, faraway girl who somehow seems to know him so well. Chuck, wanting to boost his kid’s self-esteem, goes along with it, and when things go ickily too far, he doesn’t dare risk revealing the truth.

Morosini’s idea to have Becca (Claudia Sulewski, in a thankless but well-executed comic performance) appear in person in front of Franklin and mouth Chuck’s words while they trade DMs is effective in communicating just how gullible this kid must be. When texting turns to sexting, I Love My Dad gets close to being cringeworthy enough to rate as a dark-comedy classic in the same vein as Bobcat Goldthwait’s World’s Greatest Dad. But Morosini pulls up just short most of the time, blunting what could have been razor-sharp with a schmaltzy score and an inability to get Oswalt to full Dark Patton like he did in The Fan.

That hesitation is understandable once you know that Morosini based the movie on his own dad’s inability to recognize personal boundaries. Even as is, there are several moments that make you really hope there’s a difference between being “inspired by” real life events and being “based on” them.

(I Love My Dad opens on Friday, August 5, at the Hollywood Theatre.)

STREAMING PICK: The Criterion Channel’s centerpiece series for the month of August is the exquisitely timed “Hollywood Chinese.” With Everything Everywhere All at Once marking a breakthrough in the representation of the Chinese-American experience in the American film industry, this series provides a sampling of those representations as they’ve evolved over the history of cinema.

The anchor point is Arthur Dong’s 2007 documentary of the same name, which features interviews with dozens of performers and filmmakers discussing films ranging from racist silent propaganda to the Technicolor exoticism of The World of Suzie Wong to more recent work from directors like Ang Lee, Wayne Wang, and Justin Lin.

It’s eye-opening to hear a venerated star such as Luise Rainer defend her yellowface casting in The Good Earth, and to hear the ambiguity in star Nancy Kwan’s voice when she talks about her star-making but stereotypical turn as Suzie Wong. Dong’s film, like many of those in it, argues not for a suppression of outdated and offensive films, but a nuanced appreciation of the opportunities for representation (however inadvertent and blinkered) they offered, balanced against their perpetuation of racist tropes.

Out of the films curated by Dong for the series, rarities such as 1962’s Rider on a Dead Horse (co-starring Lucy Lu), 1931’s Daughter of the Dragon (starring Anna May Wong), and 1917’s The Curse of Quon Gwon (written, co-starring and directed by Marion E. Wong) are worth seeking out. And, of course, Wang’s Chan Is Missing remains a highly entertaining indie-film milestone. (Feel free, however, to skip Tony Randall’s Racist Hall of Fame performance in The Seven Faces of Dr. Lao.) 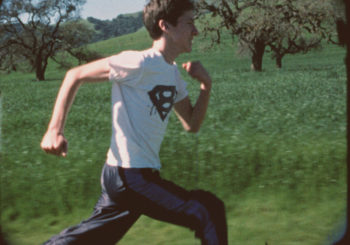 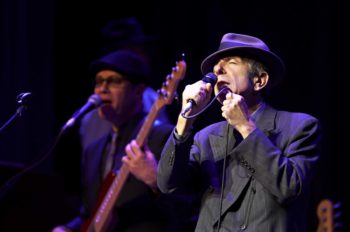