Shades of Fellini: "Bardo" is decadent, indulgent, and well worth the ride; "The Menu" gleefully roasts the rich and clueless.

It should come as no surprise that the new film from Alejandro Gonzalez Iñárritu, (deep breath) Bardo: False Chronicle of a Handful of Truths (exhale), is full of spectacular camera swoops and quantum-mechanical choreographed set pieces. After all, this is the guy who gave us the illusion of a one-shot movie in Birdman and the awe-inspiring opening battle scene in The Revenant.

But before getting in touch with his inner Orson Welles (or trying to one-up his countryman Alfonso Cuarón), Iñárritu had more of a reputation as a philosopher-filmmaker: movies such as Biutiful and 21 Grams tackled Big Issues with a brow-furrowing intensity. With Bardo he seems to be trying to meld these two approaches to storytelling by making an obviously autobiographical story of midlife self-doubt that features some of the most outrageous, self-indulgent filmmaking you’ll ever see.

Iñárritu’s on-screen alter ego is Silverio (Daniel Giménez-Cacho), a journalist-turned-documentary-filmmaker who has recently become the first Mexican to win a prestigious journalism award. This prompts him to confront both his impostor syndrome and his mixed feelings about having decamped Mexico City for Los Angeles years earlier. He also still hasn’t gotten over the loss of an infant son, startlingly depicted in an early scene where the baby demands to go back into the womb moments after its birth.

Back in Mexico City, he visits the TV station where he got his start, and where resentment flows both ways between Silverio and the colleagues he left behind for more critically acclaimed pastures. His wife, adult daughter, and teenaged son each have their own issues, which include frustration with the way Silverio trumpets his Mexican heritage even though he left the country at the first opportunity.

All of this purportedly self-lacerating introspection and cinematic flamboyance make clear how much Bardo owes to Fellini’s 8½. (For the record, this is Iñárritu’s eighth feature, if you include an early TV movie.) As Marcello Mastroianni did there, Giménez-Cacho mimics his director’s look, from his thin black necktie to his salt-and-pepper beard to his perpetually bemused expression. He doesn’t have much to do but react to the fantasy-infused reality that unfolds around him, but he’s an effective stand-in.

If the broad strokes of Bardo are overly familiar (and a bit first-world-problem-ish), Iñárritu’s endless invention carries the day. With one jaw-dropping sequence after another, from a Mexican-American War battle re-enactment to a labyrinthine tracking shot through a TV studio to a nightclub crowd scene featuring a vocals-only rendition of David Bowie’s “Let’s Dance,” this is a triumph of cinematography (by the great Darius Khondji) and imagination.

My immediate reaction after seeing Bardo was a sense of sadness verging on pity for folks who would be seeing this overstuffed kaleidoscope of the movie at home via Netflix. It’s so immersive, so crammed with detail and movement and energy, that it demands to be seen on the biggest and brightest screen available. I had the good fortune to watch it in the Cinemark XD theater at Clackamas Town Center, which provided a stunning image and some of the best dimensional sound I’ve experienced in Portland. So I was heartened to learn that Bardo will be showing at the Hollywood Theatre for at least a couple of weeks.

Is Bardo decadent? Definitely. Is it indulgent? Of course. Is it all too much? Sure. And I can’t wait to see it again. (Opens on Friday, Nov. 18 at the Hollywood Theatre and debuts on Netflix on December 16.)

There aren’t many more target-rich environments for satire than the world of haute cuisine. The mixture of pretension and affluence is a potent one, but (as the recent luxury-cruise-nightmare Triangle of Sadness demonstrated) it’s easy to overdo things.

The Menu, although it skewers the wealthy and clueless with unabashed glee, demonstrates that eating the rich doesn’t necessarily mean going after low-hanging fruit. (I’ll accept my mixed-metaphors citation on the way out the door.) In this deliciously dark comedy, a group of diners, including Margot (Anya Taylor-Joy) and Tyler (Nicholas Hoult) travel to a private island in the Northwest for a dinner at the renowned, ultra-exclusive restaurant Hawthorn, where Chef Slowik (Ralph Fiennes) presides over his kitchen and dining room with military precision.

Fellow diners include a pompous movie star and his assistant, an acclaimed restaurant critic and her editor, a trio of insufferable tech bros, and a couple back for their second visit. Veteran, often underused talents such as John Leguizamo, Janet McTeer, Judith Light, and Reed Birney fill some of these roles. Overseeing the service is the indomitable Elsa (Hong Chao, who was so great in HBO’s Watchmen.)

It’s not long before a sense of foreboding creeps in, as each course is accompanied by revelations from and between the guests and the chef. I really don’t want to say too much, but if you’ve seen the trailer you know that things eventually reach violent and deadly extremes. Hoult expertly evokes the same cluelessness he brought to his portrayal of Peter in The Great, and Fiennes gives you a real sense of what it would be like if Voldemort ran the Grand Budapest Hotel.

The screenplay is the first feature from longtime writing partners Will Tracy and Seth Reiss, who’ve mostly worked in sketch comedy and on TV’s Late Night with Seth Meyers. Tracy did, however, write an episode of HBO’s Succession, and the direction of Mark Mylod, one of that show’s guiding forces, likely helped to elevate their work. Like Succession, The Menu skewers the folks at society’s apex, but also reminds you that in their own way they’re victims too. (Opens Friday, November 18 at multiple theaters.)

On the opposite end of the socioeconomic spectrum are the characters in Utama, a heartfelt Bolivian drama about an elderly Quechua couple, Virginio (José Calcina) and Sisa (Luisa Quispe), whose subsistence-level existence in the desert highlands is being threatened by a months-long drought. Yet, without fail, they maintain their daily routines: he grazes the llamas while she makes increasingly longer treks to fetch water.

When their grandson Clever (Santos Choque) visits from the city, he’s appalled by their situation and encourages them to return with him. (The film’s title is Quechua for “our home.”) But Virginio insists on remaining, despite his worsening cough and his concerns that Sisa will be left alone someday. He tells Clever a fable about what condors do when they know their usefulness is over: they fold in their wings and plummet fatally to the ground.

While the tradition vs. modernity conflict isn’t anything new, director Alejandro Loayza Grisi imbues the barren landscape with a mythic sweep, and frames the interactions between his three main characters within a carefully composed widescreen vista. Calcina and Quispe, both nonprofessional actors, give subtle but heartfelt performances—how could they not, since the climate-change-induced destruction of their environment and their communities, though not addressed overtly in the film, is something with which they are surely familiar. (Opens Friday, November 18, at Living Room Theaters.)

When novelist Emma Donoghue’s Room became an award-winning film in 2015, it was only a matter of time before another of her books got the page-to-screen treatment. That book is 2016’s The Wonder, a spare but intense story about a British nurse who’s hired in 1859 to travel to rural Ireland and observe an 11-year-old girl who claims not to have eaten for over four months.

Donoghue’s novel is a gripping meditation on the nature of faith, on dealing with loss, and on the power of secrets. In the film, Florence Pugh plays the nurse, Mrs. Wright, who faces off against the forces of reactionary masculinity (including the wonderful Toby Jones and Ciaran Hinds) to, initially, unmask the fraud she’s certain is being perpetuated, and, eventually, to save the life of the young Anna O’Donnell (played with appropriate reserve by Kila Lord Cassidy). There’s also a handsome reporter (Tom Burke) poking around, but he’s less of a foil than in the book and more of an unnecessary romantic appendage.

Chilean director Sebastián Lelio’s two best-known films, Gloria and A Fantastic Woman, each thrummed with life even when they confronted mortality. Here, he adopts an overly muted emotional tone but a more literal narrative one. The Wonder gives away too many of its secrets too quickly, in an apparent rush to get to its dramatically suspenseful final act. In doing so, it gives short shrift to the cross-cultural tensions, desperate poverty, and boggy grandeur of its tale. (Currently streaming on Netflix.) 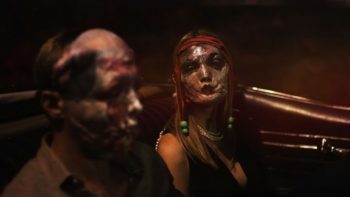 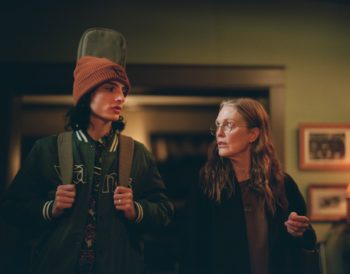 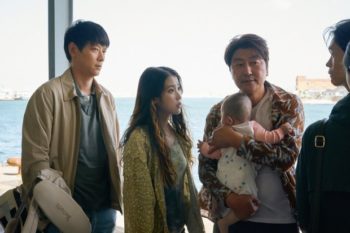 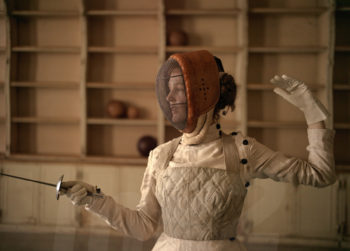