There’s nothing absolutely earth-shattering splashing onto Portland’s arthouse screens this week (hey, it must be August), but that doesn’t mean there’s not an array of interesting titles worth keeping in mind. In fact, there is exactly that, including the latest from the always noteworthy Isabelle Huppert, a shattering French drama about marital discord, and a documentary look at the real price of being rich. 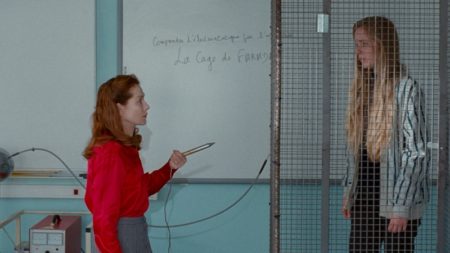 “Mrs. Hyde”: French director Serge Bozon worked with the iconic Huppert on his last feature, 2013’s “Tip Top,” a quirky, dark farce that was barely seen in this country. Their new collaboration, “Mrs. Hyde,” may face the same fate, but doesn’t deserve it. In an obvious nod to the Robert Louis Stevenson classic, Huppert plays Madame Géquil, a meek science teacher in a suburban Parisian high school whose id gets freed after a freak laboratory accident. Huppert is almost too perfectly cast as the initially meek, eventually dangerous protagonist, who finds herself supernaturally empowered to deal with her disrespectful, multiracial students as well as her supercilious principal.

However, she never really gets to dig into the implications and contradictions of this divided character, at least not as much as she has in such films as “The Piano Teacher” or “Elle.” “Mrs. Hyde” feels, at times, as if it can’t decide if it wants to be a commentary on the French educational system, a feminist parable, or an arty genre piece. It ends up being a less that totally satisfying mix of the three, with at least the unforced mastery of Huppert on its side. (playing at the Northwest Film Center, Aug. 3-5)

“Custody”: The ultimate child custody battle movie of all time remains, no doubt, “Kramer vs. Kramer,” but this directorial debut from French actor Xavier Legrand gives that one a run for its money. (Insert alimony joke here?)

The film opens with a fifteen-minute court hearing between estranged couple Miriam (Léa Drucker) and Antoine (Denis Ménochet), their lawyers, and a family court judge. It’s probably less notable in France that it would be in America that Antoine is the only male in the room. It’s a gripping encounter, filmed and acted with a restraint that ratchets up the emotional tension instantly, and you may wonder if the entire film will unfold as a series of legal encounters. It doesn’t, as Antoine is granted weekend visits with his young son Julien despite some indications of past violent behavior. (The couple also have an older teenage daughter, whom Antoine doesn’t seem to care much about.)

From there, “Custody” proceeds like a slightly slicker version of the kitchen-sink dramas made by the Belgian filmmaking brothers, Jean-Pierre and Luc Dardenne (“The Son,” “The Kid with the Bike”), until it succumbs to suspense-movie tropes in its final scenes. Ménochet in particular recalls the meaty, morally ambiguous male characters of several Dardenne films, and Thomas Gioria, who plays Julien, is reminiscent of the powerful juvenile performances in the brothers’ work.

Legrand, though, doesn’t quite yet have the easy mastery of form and emotional realism needed to make “Custody” a true standout. This is his first feature, a continuation and expansion of the story he told (using Drucker and Ménochet) in his Oscar-winning live-action short from 2013, “Just Before Losing Everything.” The acting is first-rate, as is the filmmaking craft, and once this director figures out how to infuse his work with a little more soul, he could be capable of great things. (currently playing at Living Room Theaters)

“Generation Wealth”: Photographer and documentarian Lauren Greenfield has been chronicling the lives of the super-rich for over twenty years, most notably in 2012’s “The Queen of Versailles,” which followed the quixotic efforts of Jacqueline and David Siegel to build the largest private residence in the United States. The Siegels (at least Jacqueline) pop up again in Greenfield’s new movie, which serves as a summation and revisiting of her life’s work. Some of the most fascinating scenes contrast footage Greenfield shot of students at an exclusive Los Angeles private school in the early 1990s with their now middle-aged selves. Some have moved beyond the shallow hedonism of their privileged teen years, others demonstrably have not. 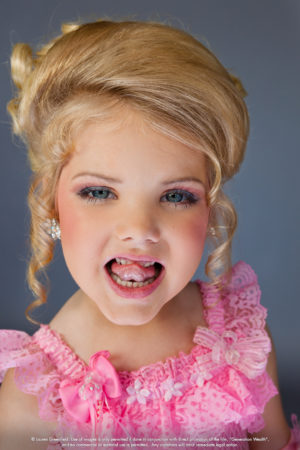 Greenfield also turns the camera, both metaphorically and literally, on herself and her own family, in a way that seems unintentionally ironic considering the movie’s otherwise heartfelt condemnation of narcissism. Despite feeling at times like a promotional tool on behalf of Greenfield’s similarly-themed gallery show and coffee table book, and despite lacking the compelling singular focus of “The Queen of Versailles,” “Generation Wealth” still offers a degree of insight (often in the form of cynical commentary from writer Chris Hedges) on the societal sickness that contributed to the emergence of the Trump Era. (currently playing at Regal Fox Tower)

“Polyester”: The Hollywood Theatre screens John Waters’ 1981 ode to bad taste, complete with scratch-and-sniff Odorama cards, as a tribute to the late Tab Hunter, the Hollywood Golden Age golden boy who reinvented his career with this campy role. (Friday, Aug 3)

“3 Women”: The last great film Robert Altman made before the long creative and commercial drought that ended with 1991’s “The Player” was this enigmatic 1977 masterpiece starring Shelley Duvall and Sissy Spacek as co-workers at a health spa for the elderly in a small California desert town and Janice Rule as their landlord’s wife. It was inspired by a dream Altman had and owes a certain debt to Ingmar Bergman’s “Persona,” and if that doesn’t make you want to see it, I don’t know what will. (Northwest Film Center, Monday, Aug. 6)

“Night of the Hunter”: The best film ever made by someone who never directed another film. Robert Mitchum, Lilian Gish, Shelley Winters. (Hollywood Theatre, Saturday & Sunday, Aug. 4 & 5)