Flower(s) in Concrete at Fourteen30: Why we write about art

Recently, I’ve had conversations with writers of other disciplines who’ve questioned the point of writing about art. As an activity in an atmosphere of limited nerves and resources and an overabundance of literature, images, noise, and every reason to seek what’s “fact-based,” it’s not that hard to imagine why some might look askance at this kind of thing. Why not write about ecological ills or politics, human/animal rights, or even celebs for a little entertainment? Otherwise, why not bake some bread (a writer friend of mine likes to suggest that) or whatever.

Why we do what we do is something that ought to be pondered often, or as often as is tolerable. I keep asking myself these questions and, to some relief, I come up with an answer every time I see a show like the group show on view at Fourteen30 Contemporary, Flower(s) in Concrete. The show features works by Léonie Guyer, Wayne Smith, and Lynne Woods Turner and was co-organized by Stephanie Snyder (the director of Reed College’s Cooley Gallery), and Fourteen30’s Jeanine Jablonski.

I write about shows like this because art often has the supreme capacity to change me —my mind, perception, but also my physical state of being. It’s often the subtlest thing —say, the rhythm or sensuousness of shapes in Turner’s work; the repetition of trim lines that evoke great music, in Smith’s; or the symbol you feel you’ve always known but have never seen, can’t place with a single word, in Guyer’s—that has this transformative power. This seems consequential here and now, when complications abound, vex, prohibit.

One common thread of the group’s respective art is, to my eye, drawing. Other things that pique my curiosity about this show have to do with its relation to poetry and the artists’ play in abstraction, by way of their chosen medium. Wayne Smith’s nine intricate compositions on unfinished wood and his apparently perfected drafting are just as compelling as the gentle opacity, the earth- or sky-colored subtleties (figure and ground are blended) in Lynne Woods Turner’s own seven drawings in pencil and oil on panel (some with cheesecloth) that bear a somewhat cubist flare; and Léonie Guyer’s seven oil-on-marble drawings flatout stagger.

Throughout all of what’s in this show, I also sense a subtle drama between the finite and the infinite, lightness and darkness, rational and irrational, action and meditation. The great all-over white of the gallery makes for a totally immersive visit, befitting of the absorbing quality to each picture that lines the space. Although Flower(s) in Concrete is made up of objects that are mostly devoid of wholesale resemblance to other things, even in their objective abstraction they can’t help but refer to life—life in the immediacy, the bewilderment and joy of our interaction with the material world. (And yeah, you might think you see a flower or two here and there as well.) This is something that I feel is sometimes missed: abstract art reveals life in the apparent care, movement, interaction, gentleness, and active introspection in its composition and presentation.

Guyer’s oil-on-marble drawings are surprising, first in that I had no clue that marble could do that, absorbing black oil paint as readily as it does here. Second, the apparent marriage of materials is not at all taken for granted—the oil looks to me to be there in spite of the stone upon which it sits—or within which it’s been absorbed, I guess. This material dichotomy, a sort of alchemical occupation, is a thrill to see. It’s a novel accomplishment of vision and humor, and evokes the poetry that inspired the show’s creation (the exhibition was inspired by the concrete poems of Mary Ellen Sold, a fact I learned after I’d begun writing this). Guyer’s series also looks, strangely, like a tidy little row of tombstones, to riff on Denton Welch.

Guyer’s work explores and embraces beauty, reception, the way that poets do with other-logic, or dancers in play with unexpected movements, steps, leaps. Sculptors and architects can do similarly baffling things, and it’s easy to see an analogy between artforms when I look at these strange flowerlike- (and yet like nothing I’ve seen) marble slates. I like this kind of entertainment in a time of asserted meaning, certainty, etc. In the age of information or maybe image in lieu of experience, I just want to get lost in all of this.

Considering the effort and skill that goes into well-made figural art of all kinds, when abstract art can do all this, make so much connection, it seems transcendent. This work bears the mark of human activity that’s considerate of what gives meaning to our lives. I’m reminded that recognition and literality aren’t required for a satisfying experience, aesthetic or otherwise.

Guyer and Smith are both from the Bay Area, Turner is from Portland, and all three artists have either shown together in the past or have endeavored to do so. As their first show all together, it’s pleasing to experience the way that their variety, in forms, media, and effects, cohere in a way that makes each object seem congenial to the other, as in a collaboration, or the way that different flowers in a garden bed might. Artists of the same persuasions.

I think too of Nicolas Poussin’s astonishing 1637 painting, Et in Arcadia Ego, basically an allegory of death’s presence even in the most beautiful of places, paradise. Somehow, the presence of death or pathos are present in and around this show—not only because of the historical context out of which they’ve emerged. Smith’s drawings on wood and Guyer’s on marble both suggest an effort to make indelible human mark onto a material that will likely survive longer than marks on paper, canvas, or digital code.

Turner’s drawings appear to be little events in communion with the unconscious or the occult, despite their apparent sense of order, and the way that her lines go from curves to sharpened angles. I see portraits in this series, in a similar manner to Georges Braque. Turner’s panels may give a strange essence of some character—in profile or wearing hats, or frontal with mouth open wide. Because of the elusive aspect of portraiture, the very pleasant slowness of this series, the poise and equilibrium relative to her past works, and the apparent emphasis of a subject that no one can really name, Turner’s drawings here also have strong links with reality.

Flower(s) in Concrete comprises non-objective representations, almost. Like poetry, each amounts to an intriguing object that, when considered independently within this particularly well-designed gallery setting—specially augmented with wrap-around shelving installed specifically for this show—leads to an experience that takes the viewer far away from the ordinary realms of senses, logic modes, didactics, current news, and even language itself, almost. My experience looking at this show kept coming back to poetry, my way of reading it, in leaps and lines, my eyes (including mind’s eye) doing as much work as what’s before me. The different attention put to use when getting into a poem seems similar to what happens to me here.

It’s often the stuff that’s the most difficult to describe with words and to contextualize by the intellect—in this case, the abstract or non-figural—that makes writing about art worthwhile, to me anyway. It’s always begging description, conjecture, story. And given that it’s all political when you get down to what’s made (not to mention bought and then sold), each life behind the making of art makes it evidence of that living, and so, part of an experience, an experience unto itself.

Why do we write about art? Because art demands to be written about; such essential abstract work deserves, obliges the descriptive or even discursive treatment that words can give. It can be a difficult task, but as ever (as in walking through Flower(s)) it delights. 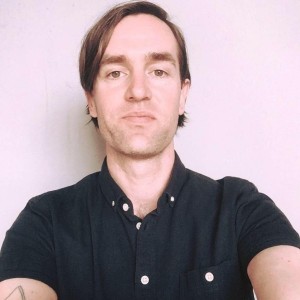