Oregon Ballet Theatre has opened its current run of George Balanchine’s ®The Nutcracker at the Keller Auditorium with a meticulously detailed, swiftly paced, high-energy performance of a ballet that can be a chore for people like me to watch. And I say that as a critic, but also as a grandmother, dedicated to instilling in my grandchildren the notion that live performance is much more exciting than anything they might see on their ubiquitous screens. Which means I’ve seen more Nutcrackers than I can count, never mind remember, in forty years of watching dance professionally; this particular production at least a dozen times.

Much of the energy of Saturday afternoon’s unofficial opening of this 19-performance run—the official opening was Saturday night, with a different, and I daresay equally good, cast—can be attributed to the orchestra. Under the experienced baton of OBT Music Director Niel De Ponte it played Tchaikovsky’s complex if familiar score with new freshness, and an accelerated tempo for the ballet’s Christmas Eve festivities that made them as effervescent as a glass of Veuve Clicquot.

This is far from always the case: When Balanchine premiered his Nutcracker in a slightly different version in 1954, an unnamed poet commented that the party scene was “so deliciously boring [I] could see it again and again.”

OBT’s dancers, large and small, learned their lessons well. I saw the results in many performances, but in particular in Michael Linsmeier’s Drosselmeier—not surprising really, since he was a marvelously volatile Peppo, the lemonade seller in Napoli, who wants to marry the heroine but has more money than wits. As for the party guests and their hosts—exasperated fathers slinging their overtired kids over their shoulders, making a wry face; Frau Stahlbaum, danced by Eva Burton, giving a servant clear instructions without words; Brian Simcoe as Dr. Stahlbaum, simultaneously a gracious host and watchful parent: they too did what preschool teachers refer to as “generalizing”—applying a skill learned for one task to another.

At this performance, Alexos Carabas played naughty Fritz, and he too was in Napoli, his character needing to be rescued, I’m told, from an angry Giacomo, the other clueless rich boy after Teresina’s hand. Annika Sheridan danced his sister, Marie, for the first time on Saturday afternoon (last year she was a party guest) and after a rather self-conscious, artificial-looking beginning, settled into the naturalness that Balanchine emphasized for all the dancers in his charge—he loathed artificiality. She appeared genuinely terrified that the Nutcracker Prince would be killed in the battle with the Mouse King (danced with musical clunkiness by quick-change artist Simcoe), desperately “saving” him by hitting the mark on his back with her slipper with the dead-eye aim of Annie Oakley.

As for the Nutcracker Prince—a plum role for ballet students—Diego Campo, new to the School this year, is pretty clearly headed for a professional career if he wants one. He and Sheridan partnered each other with touching innocence. His assurance and stage presence carried him through his first performance in a role that is pivotal to the wordless telling of Marie’s Christmas Eve escape from the predictability of a middle-class German Christmas to a kingdom where non-Germans representing sweetmeats and hot beverages surprise her with Marius Petipa’s and Lev Ivanov’s versions of national dances.

BUT, I’m sorry: No matter how well they are danced (and they were danced very well indeed at this performance) I’ve had it with the overt Orientalism in the Tea divertissement; and don’t even get me started on Coffee’s hootchy kootchy belly-dancing solo, which Balanchine is said to have created for the 1964 remake of the ballet as “something for the fathers.” I’m not the only ballet-goer or dancer who feels this way.  Last year, a City Ballet dancer of Chinese descent began protesting what he called “the yellowface” aspects of the Tea solo (elaborate makeup with a Fu Manchu mustache for the male soloist, tiny running steps for him and the two women, who are on pointe, and what a Singaporean colleague of mine calls “chopstick” fingers). In response, the Balanchine Trust, zealous guardian of the Balanchine repertoire, gave City Ballet permission to make some changes. This year, they extended that permission to the many American companies that are licensed to perform this Nutcracker, and astonishingly, urged them to do so.

OBT rehearsal director Lisa Kipp needed no urging. But despite her best efforts and those of the dancers who perform it, Tea remains condescendingly twee and rather embarrassing; and Coffee, elegantly and rhythmically danced by Xuan Cheng on Saturday afternoon, still looks like it belongs on a burlesque stage, pointe shoes and all. People like me aren’t supposed to make suggestions about how to “fix” choreography, but I’m going to violate that rule now. If OBT can connect with the Portland community by casting a drag queen as Mother Ginger, why would the Balanchine Trust object if the dancers who do “Tea” (at this performance, Adam Hartley with Kamaya Stephens and Ainsley Van Hook) lead the marvelous Chinese dragon that capped Ursula Le Guin’s memorial at the Arlene Schnitzer Concert Hall last June across the Keller stage?

Some Balanchine fundamentalists, not unreasonably, counter such reactions with questions about how people of Hispanic origin feel about Hot Chocolate (which in OBT’s production would be more accurately called Ovaltine, the same color as the costumes) or stay-at-home mothers about Mother Ginger and her Pulchinelles. The latter doesn’t apply, because that role is now consistently performed by drag queen Poison Waters, whose performance on Saturday can only be criticized for upstaging the tumbling Pulchinelles, School of Oregon Ballet Theatre students whom many in the audience, me included, had come specifically to see demonstrate the results of their training.

Other set pieces of The Nutcracker, in both acts, were also danced uniformly well, some outstandingly so. The dancing mechanical dolls that are always a feature of the party scene, no matter whose version of the Nutcracker, generally speaking leave me cold, but company artist Jessica Lind textured her performance of Columbine with a beguiling, sparkling wit; and Thomas Baker’s flexed foot Soldier was equally compelling. He’s an extremely versatile dancer: In Act II, he jumped through the hoops as Candy Cane with all the joyous speed and precision the role demands. The Waltz of the Snowflakes and the Waltz of the Flowers, performed by a mixture of company artists, members of OBT II, and professional level students, were also well-done (and nobody slipped on the artificial snow this year, which often happens at early performances). Kelsie Nobriga’s fleet, limpid Dewdrop (arguably the most technically difficult ballerina role that Balanchine made) was lovely; a model of tensile strength, and I’ve saved the best for the last.

Chauncey Parsons is dancing his last Cavalier this season. Don’t miss him. Kirov Academy trained, this native Californian has the “don’t take your eyes off me” stage presence that, speaking of national character, is the hallmark of Russian stars—ArtsWatchers have seen this, either live or on film, in performances by Rudolf Nureyev, Mikhail Baryshnikov, Natalia Makarova, and Natalia Osipova, among others. On Saturday afternoon, partnering Ansa Capizzi as a delicate Sugar Plum Fairy, Parsons performed as if he were dancing for the Tsar, not an audience of American children. He tossed off his pirouettes a la seconde with incredible insouciance and musicality, and his “catching” of a hurtling-through-air Sugar Plum was an epiphany of confidence and coordination.

Kudos, therefore, to all the dancers at the Saturday matinee, the musicians, lighting designer Michael Mazzola and his lavish use of smoke to conceal the Act II backdrop at the beginning of that act, and to the children’s coaches— OBT principal dancer Peter Franc, who knows a thing or two about how to present himself on stage; and School faculty member Olivia Pyne. Be sure to check the casting before you buy tickets, but I urge you to see this very familiar ballet and watch it with the fresh eyes that everyone involved deserves. 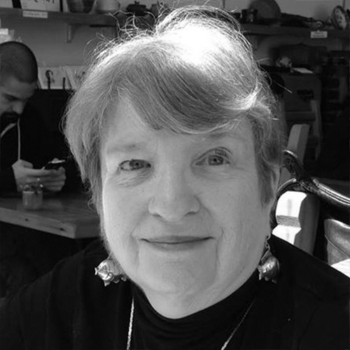