Frida Kahlo, off the conveyer belt

The secret to the Portland Art Museum's exhibit on Kahlo, Rivera, and Mexican Modernism: Take it your own way, at your own pace.

How does one be in a museum?

In a crowded exhibit, how long is too long to stand in front of a painting if there is a steadily increasing crowd forming behind me, straining their necks around me also trying to see that painting?

The exhibit Frida Kahlo, Diego Rivera, and Mexican Modernism, at the Portland Art Museum through June 5, is currently the epicenter of Fridamania. And I’m trying to figure out how to be here for it.

The show feels like a show. It has the bustling communal feeling of a festival or county fair. Frida devotees arrive with their parents, their partners, their exes, their exes’ partners, their babies, their students, their co-workers.  Everybody seems to have brought someone else who isn’t “artsy” but came begrudgingly, and then was like, “Oh wait, this is actually pretty cool.”

The problem with Fridamania is that the exhibit is so packed, people start lining up along the outer walls, slowly moving forward in a single file line, on a depressing dystopian conveyer belt of consumption.

But here’s the thing: When that line starts forming, I want to be in it. It’s a thing that I can join. At the very least, it’s a definitive way to be in a museum.

So I hop in line. But then it immediately feels like I’m not actually being here. No one on the conveyer belt seems to be seeing or enjoying the work, not because they’re uninterested, but because a strange collective flow of impatience ripples down the line, pushing them on to the next painting. So the most people can do to guarantee that at some point they’ll enjoy the work (if not now, later) is to take a picture of it quickly, or of the plaque beneath the work, and make that small “huh” sound (which here seems to mean “…interesting…”) and then shuffle forward, rinse and repeat.

The exhibit almost seems designed to facilitate this sort of mass consumption. For example, it totally avoids the complexities of post-revolutionary Mexico’s formation of its national identity. Mexicanidad, or “Mexicanness,” is presented here as something rather uncomplicated. A fact on a wall to be read as you walk past it, but not to be engaged with in a critical way. After all, who got to decide what was authentically Mexican? What did the appropriation of indigeneity by elite artists, their wealthy patrons, and the Mexican government mean to indigenous people in Mexico at the time? And what does that mean for how we consume the work now?

As I stand on the belt, I try to figure out exactly what we have all come here to consume.

The cynic in me says the photos by Nick Muray, like Frida on a White Bench, are really what people have come here for: Frida as FRIDA, the gorgeous icon on the cover of Vogue. Muray’s photos give us Frida as an Aztec goddess, an object of fashion envy for the wealthy matrons of Gringolandia. The cynic in me says, hey, Muray and Kahlo were lovers, and maybe that’s why he presents her as an otherworldly awakened one.

But then my heart kicks down the door, shoos my cynicism out the window, and I say no. Frida Kahlo really was an otherwordly awakened one.

Not everything’s an act. Some people really are that.

Still, I prefer those photos of Frida that show us something more than the international icon.

Frida, by Guillermo Davila, is the most astonishing photo of Frida in the exhibit (and a lot of photos of her are here). For me, Davila’s photo breaks the conveyer belt because now, even if I wanted to, I can’t move my feet. Seeing this photo is like just coming out of the shower in the morning and you are walking, half-awake, into your living room, and BAM, there’s a ghost standing there. But the ghost is Frida Kahlo, and you are no longer on autopilot. You’re in her presence.

When I see this photo (it’s tucked in a corner in the last room of the exhibit) the white noise of Fridamania wanes.

A man to the left of me points at Frida’s self-portraits and explains to his girlfriend why “this is particularly important work.” That voice fades. Two older white women to the right of me keep trying to pronounce Guillermo.

“Well, you don’t say that every day.”

The squeaky floorboards, the interminable strollers, the masked faces (some with Frida’s own face on them), the old couples speaking in Spanish, the little kids complaining about having to pee, the dads muttering while tying their jackets around their waists, the humdrum of the exhibit fade away and there she is. Frida not as FRIDA but as Frida, relatively un-made up. Standing tall, in a plain white dress, looking at us head-on (so many of the photos are low-angled and have us look up at her, making her larger than life.)

Davila’s photo has a gravitas that both props up and tears down an illusion. Here Frida does look larger than life, but also, she doesn’t. She looks human. And even though Frida was acutely aware of self-presentation, unlike in many of Muray’s photos, that calculating awareness isn’t mainly what I see in her eyes. Something deeper comes through.

Frida once called herself “the Great Concealer,” but here we see something that can’t be concealed. We get what seems to be a rare moment of her experiencing health. That doesn’t mean she looks “happy” in it. She looks like she’s doing well in the way you might notice your friend looks good after a few years of them having gone through some real shit, right when they’re starting to turn a corner. The pain is still there, but it’s shifting and becoming something else.

In Frida, she is just 22, and her life force ( is that what we’re consuming?) is so naturally radiant that my heart breaks to think of the horrific traumas that lie ahead of her. But then I remember the horrific trauma already behind her by that young age; all that she’d seen and survived. And all I can do is stand in that silence, with her, for as long as I need to, and thank her for being alive.

I’m near the exit. But now that the conveyer belt has broken, I’m not ready to leave.

So I walk upstairs. I do the exhibit again, but this time, my way. Unrushed. More open to the silence I know now is possible amid the huge crowd.

The second time around I see, with fresh eyes, that the best thing about this exhibit is that there is so much more in it beyond Frida Kahlo.

Jose Clemente Orozco has a series of lithographs in it that are worth the price of the ticket alone.

Lola Alvarez Bravo’s photos are also outrageously awesome. Her work is so tactile it’s transporting. In The Hangover, you can feel the heat of the sun and the cool of the shadow blessing the hungover person’s face. In Shark Hunters you feel the heat of the sun but also the kiss of the spray of the sea. In Burial at Yalang, you feel the wind pass through the white shawls of the grieving masses in their perennial procession, but then you also feel the wind pass through your open hands. Bravo gives us, not a fantasy of Mexico, but something deeper and less marketable than that.

Frida’s father, Guillermo Kahlo, has some photographs of Mexico City cathedrals that are haunting and arresting. The holy choir stalls, the ornate antique organs, the magisterial bell tower. The photos reveal a surprising familial connection. Some of Frida’s brilliance and artistic solemnity preexisted in her father, and it’s beautiful to feel into that through-line.

You have to check out this exhibit. But here’s my advice if you’re intimidated by museums, as I am: Take your time with what speaks to you. Don’t feel like you have to hop on the conveyer belt of consumption because, next thing you know, it will just spit you out into the gift shop.

Find your own leisurely way to actually be in this exhibit. Then let the work inside it take you somewhere else. 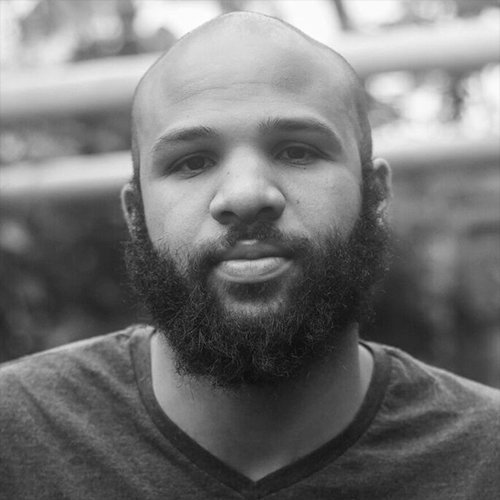