How do you evoke a city in music? George Gershwin used jazzy, brash orchestral music to summon 1920s New York’s bustling beauty. On Thursday and Friday, two Portland composer/sound artists will create a very different kind of soundscape to reflect our city’s 21st century collision between urban life and nature. The joint composition Third Angle New Music commissioned for its Habitat performance will conjure an immersive, meditative sound world from our environment itself.

The event is the brainchild of Third Angle New Music artistic director Sarah Tiedemann, who grew up in Hillsboro at the edge of the Portland metropolitan area’s urban growth boundary. “I was used to crossing a street and being on farmland,” she remembers. As the region grew explosively, that imaginary political boundary became “an image in my mind of the way the natural world around us is butting up against the urban world around us. We’re constantly in the presence of both.”

Tiedemann decided to commission a performance that would evoke Portland’s quintessential tension in music. She didn’t have to look far to find a composer to capture the area’s urban/natural interface in sound. Portland composer Branic Howard specialized in creating soundscapes. He also happened to be Third Angle’s sound engineer for many concerts. And he has a discerning ear for sounds — and not just what we traditionally think of as music. “Branic and I will be working in the office, and suddenly he’ll point out how the sound of a furnace coming on sounds so interesting,” she says.

For a collaborator, Howard thought of fellow Portland composer Loren Chasse. “He and I are on the same wavelength,” Howard said. For example, “you might spill dishwasher powder and not notice, and the next day you’ll step on it and it makes this certain sound. For Loren and me, that really is where a lot of the interest lies — situational sounds made up of interesting textures that we normally don’t home in on.”

Chasse and Howard had never performed their own work together, only highly structured works by other composers. For their jointly created new immersive multimedia work “In a Room,” they wanted to respond, in real time, to their environment — the intimate performance space at southeast Portland’s New Expressive Works. “Working through this project with him, we’ve been able to open up our ears together,” Howard said.

This kind of music draws on various precedents from the 1920s Dada movement to mid-20th century “process music” (in which composers define a series of instructions to players rather than specifying exact notes and rhythms), to soundscapes fashioned from recorded or digitally sampled environmental sounds that often resemble installations more than concerts.  Howard says In a Room”emerges especially from two 20th century sonic lineages. “It plays in between the worlds of improvised noise music and sound art.”

To Howard and Chasse, that meant beginning not with standard orchestral instruments or musical forms like sonata or symphony — but with the sounds of the area itself. “We started by making lists of the sounds we thought were appropriate,” Howard said, drawn from the area’s urban and natural environments. One instrument — literally a “sound board” — is a 2 foot by 2 foot piece of wood on which they place various objects placed that resonate in different ways. 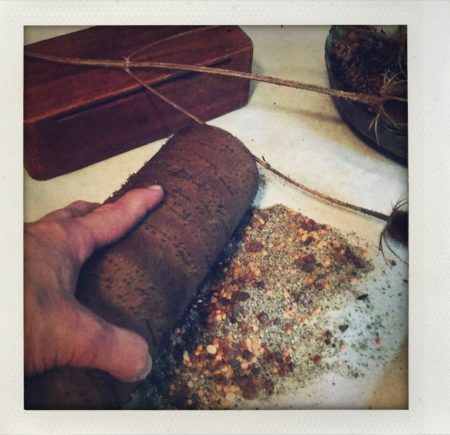 “We have many different objects played around and in the audience, like leaves and sand and upright bass,” he said. “We’re thinking about sound in terms of pitch and resonances and the relationship of each sound in the group to one another.”
Those sound-making materials helped determine the music they could contrive from them. They might, for example, take a field recording of a “natural” sound like rustling leaves or creaking tree branches, and layer it with a ”domestic” sound, matching pitches and volume to show that the two worlds might not be as far apart as they seem.

Against that recorded backdrop, they’ll prowl the open space at New Expressive Works Studio 2, triggering sounds from metal objects (bells, disks, etc.) and natural substances like stones. These sound makers will be arrayed throughout the NEW space, and the composers will draw up maps and timings for which instruments they’ll play and for how long, though not necessarily in what order. Fixed, recorded, computer-processed “spatialized” sounds will also emanate from a ten-channel sound system, generating a changing sonic environment that sounds different depending on where listeners are located and when. 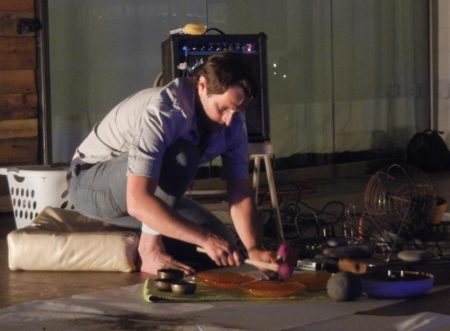 Chasse and Howard made a spreadsheet that lists the various available objects, their pitch ranges and adjectives describing the outcome of playing them. But in the performance itself, “we’re not looking at scores or paper,” Howard explained. “Think of it as a sonic map that will help us move through the space — little guideposts that will let us know what’s coming next.”

The art lies in the sounds the co-composers choose and in how they arrange them. “We are bringing some element of organization or constriction to the vast set of sounds that exist in our world,” Howard explains. “We’re not normally listening to any of these sounds, but here they’ll be a lot closer or louder. We’re the filter for the listeners, and the experience is enriched by the way we have put things together. We’re trying to curate it for them.” 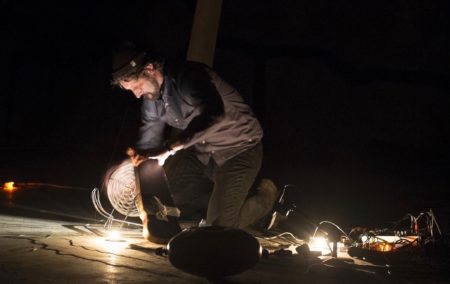 Many creative choices will be made in the moment as the composers respond to what they’re experiencing — the sounds the other is making, the audience’s reactions to what’s happening, and so on. Some decisions will be guided by the performance space itself. It’s analogous to jazz musicians who will often agree on a set of chord changes and a main melody and leave the rest of the music to be improvised on the bandstand, but in Habitat, the starting source material is the sound palette they chose at the outset.

Listeners will also be moving around the space, encountering audio experiences among different “sound stations.” “This is not going to be a sit-in-chairs-in-rows kind of experience,” Tiedemann explains. “The audience will be immersed in what they’re doing. It’s like a musical version of a Choose Your Own Adventure story.” 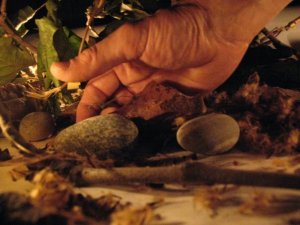 It might not actually be immediately evident when the performance has begun. There’s no conductor, no dramatic lights going up and down to signal beginnings and endings, though subtle lighting and shadow effects will enhance the experience. Howard likens the experience to “a sort of cinematic expression almost like a documentary film. It’s very quiet, there aren’t a lot of large gestures or distractions. It’s a very peaceful experience.” Ideally, he suggests, listeners might meditate and avoid indulging in cellphones or loud music immediately before the show, so as to be more sensitive to small sounds.

“I hope,” Howard says, “that people leave with a renewed sense of their relationship to the things around them.”

The next performance in the Creative Music Guild’s Extradition Recital Series: Dan Joseph is Saturday, March 9, at Performance Works NW. A shorter version of this story appears in The Oregonian/Oregon Live.