Niki Price plans to create a series of itineraries for people who like to hike and "tour art and see beautiful things.”

When Niki Price sets out to explore art on the Oregon Coast, she’ll need to pack hiking boots, a tide book, and, of course, rain gear, but exhibit hours, ticket costs, and museum reservations — not necessary.

Price, executive director of the Lincoln City Cultural Center, is about to embark on an adventure with a dual mission — a hike on along the Oregon Coast Trail while visiting some of the more than 800 pieces on the Oregon Coast Public Art Trail.

Her hike, dubbed “On the Path of Public Art,” is sponsored by the cultural center and the Oregon Coast Visitors Association, developer of the art trail. She plans to break it up into 10 segments, which will become, in turn, itineraries for public use. A website and blog following Price’s progress and her thoughts about the trek is in the works. The hope is that the project will not only raise awareness for public art, but also raise money for it.

The innovation, Price said, is that the coordinates of each piece will be available on a Google map. “For the most part, they are available 24 hours a day, seven days a week. It’s a really good complement to be walking down the Oregon Coast Trail and then take side excursions and check out the art. You don’t need to worry about the museum being open or arriving too late or having someone let you in. These are things you can enjoy any time.”

The visitors association signed on to the project with an eye toward helping people find the art along the 360-odd mile trail. Some of it has been on display for years, some is newer, and all has been placed by a variety of sponsors, including businesses, cities, and community colleges, said Arica Sears, spokeswoman for the association. The art might be in any number of forms — a mural, a statue, an abstract, or a big painting — but it has to be public, accessible 24/7, and at a spot where it can be viewed safely.

Sears said three contractors were hired to inventory art along the trail, photograph and research it, and put coordinates for each piece on a Google map. Sometimes, finding out about the art required a Google search, she said, “other times, they interviewed people in the community. Who is the artist? What is the story behind it? How long has it been there? There are a million ways public art gets placed.”

Price plans to start this spring on the north end of the coast at Fort Stevens and hike to Cannon Beach for the first segment, about 27 miles. Each trek is expected to take three or four days, but it will depend on the weather and other factors, including plover habitat, tides, daylight hours, and campsite availability. There is also the matter of damage from the September wildfires and recent winter storms, both of which downed trees and otherwise created havoc along the trail. But Price will be equipped with camping gear and be flexible to change her plans as necessary.

Price said her itineraries will be designed for people like herself “who like to hike and accomplish goals, but at the same time like to tour art and see beautiful things and enjoy culture along the way.… If they have, say five days, they could get in 30 miles of the trail and still see murals in Cannon Beach and Seaside and enjoy lots of sculpture and good food.” She added that there’s quite a bit of “making this up as I go along, which is the fun of it.”

Along with the fun is the more serious goal of gaining recognition for the public art trail, as well as the cultural center’s plaza, which has been at the heart of an ongoing fundraising campaign. The fundraising drive recently lost a $1.5 million grant from the state lottery that was canceled in the wake of COVID.

“That was a big chunk of our budget, so we had to reimagine the project and take a hard look at our budget and find a way we could move forward with money we had on hand,” Price said. “My goal is to get the name of the plaza out there and get people to associate the plaza with our public art dreams and to know this project is still very much happening and very much in need of their support.”

The cultural center already has committed to the biggest and most visible piece for the plaza: a sculpture by Portland abstract artist Pete Beeman. The piece will be funded by the city, which in 2004 adopted a one-half percent for art requirement for new public construction.

“His pieces are big and mechanical and abstract and fun,” Price said of Beeman’s work.  “He was the hands-down favorite when we did the public input sessions in 2020.” The piece will go on the southwest corner, she said, adding that the goal is for the plaza’s west end “to look like a public park with art and benches, an inviting space to be. In our minds, a sculpture will make people see our facility as an art center and people will pull over to find out what it is.” 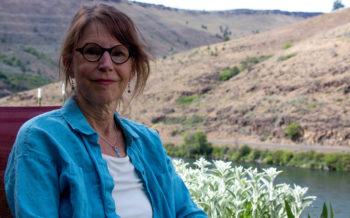 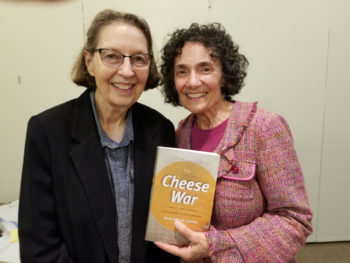 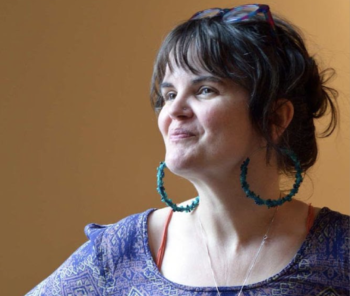