How we endured, how we thrive: Choral arts through winter into spring

Listening ahead to the region's upcoming concerts and live streams

The 2022 Winter/Spring choral calendar looks a whole lot different than the early Fall 2021 calendar. Fall was dipping a toe in the water. The choral outlook is no longer what and how we endured, but now how to thrive. Tom Hard’s PDX Choral Calendar indicates that after the usual (and unusual) January slowdown, choral music abounds on all but two weekends from mid February through mid June. Optimistic, purposeful strides but with a careful eye on the footfall as the terrain is unpredictable.

Sponsored by Friends and other friends

How fortunate we are to have live music by world-renowned artists (choral, instrumental, ensemble or solo) sponsored into our communities? Here are the upcoming non-local choral offerings with a big round of applause to the sponsoring organizations.

Chanticleer, formed in San Francisco in 1978, will drop into Portland on their February West Coast tour to perform their signature Renaissance interpretations with the usual dose of vocal wonderments in various genres. Thank you Friends of Chamber Music for bringing the gentlemen to Kaul Auditorium on February 22, 7:30 pm. Click here for ticket information.

Portland Chanticleer tickets are going fast but here’s good news for the Southern Oregon community: Rogue Valley-based Chamber Music Concerts is sponsoring Chanticleer on their way up to Portland, February 18 (7:30 pm) and 19 (3 pm) at Southern Oregon University’s Recital Hall. CMC was thrilled to get their season up and running this past fall as documented by OAW writer Alice Hardesty’s interview with CMC Executive Director Jody Schmidt. CMC’s Chanticleer tickets and info can be found here.

Friends of Chamber Music and Executive Director Pat Zagelow, who now enters her 31st year with the organization, have a full series of concerts laid out for you. Baritone Gerald Finley with pianist Julius Drake; countertenor Jakub Józef Orliński with pianist Michal Biel; several string ensemble offerings; and a Portland premiere of “live documentary” A Thousand Thoughts with and about the Kronos Quartet, reviewed as a magical amalgamation by the LA Times after its 2018 Sundance premiere. This performance is in collaboration with the Northwest Film Institute.

But there is one more choral performance in FOCM’s lineup. The five-voice male ensemble Amarcord will bring their diverse repertoire to St. Philip Neri Church on April 3 at 3 pm. Listen to Amarcord render a chain of samples from the Book of Madrigals:

Thanks so much Cappella Romana for bringing Tallis Scholars to town on Wednesday May 4. The rockin’ Renaissance ensemble is scheduled to arrive in the US on April 20 and will reach the Pacific Northwest on May 3 (Seattle) and May 4 (Portland). TS were recipients of the 2021 BBC Music Mag’s Recording of the Year award for the Masses of influential French composer Josquin des Prez. (If you want to be au courant, just say Josquin). So, Happy 500th birthday Josquin. Look forward to hearing some stunning a cappella music in this TS concert plus a premiere of contemporary composer David Lang’s 2022 work sun-centered.

If you are thinking the name David Lang sounds familiar, think 2017; Portland Opera; the little match girl passion and the difficulty of crossing a field. That David Lang. Goody! Tickets to Tallis Scholars.

Choral masterworks on the horizon

The fall schedule found us enjoying Mahler, Charpentier, Handel and Vivaldi. In the months ahead are more works for choir-and-orchestra, some mounted by the choral organizations – a major undertaking. There’s Haydn, Bach, Schubert, Mozart, Brahms, Beethoven, another visit with Vivaldi and one complete Handel Messiah. Yeah, the whole doggone oratorio.

Eugene Concert Choir has an ambitious Winter/Spring season planned including three choral/orchestral works. On April 10, they will pair a Mozart Vespers (likely K339) with a Vivaldi Gloria (likely D Major, RV 589). It’s a lovely combination, both works approximately 30 minutes. Then on May 8, Artistic Director Diane Retallack leads the singers in the Brahms Requiem. The performance will prepare the singers for their performance at Carnegie Hall on June 22, 2022. More information and tickets here.

Festival Chorale Oregon, based in Salem, has waited two years to bring us Schubert’s Mass in E-flat Major, No. 6. Their concert is April 10, 4 pm, at the Elsinore Theatre. FCO will also be preparing for their long awaited tour of Italy. The Elsinore does not currently screen audiences for Covid testing or vaccinations; masks are required. Tickets and info here.

Cantatas are scheduled by Portland Baroque Orchestra in celebration of J. S. Bach’s birthday. Jonathon Woody will conduct the “PBO players alongside 8 incredible singers” in cantatas by Bach and Pachelbel and others. Performances are at Kaul Auditorium on Sunday March 20thand The Reser (Patricia Reser Center for the Arts) on Monday March 21.

Yes, The Reser, which opens its doors on March 8, will be christened with great vocal/orchestral music, and much more, in its premier weeks.

All three PBO performances of Handel’s Messiah – woohoo, the entire oratorio – will be at Kaul Auditorium, April 1, 2 and 3. Cappella Romana joins PBO and conductor Gary Thor Wedow. PBO will livestream the Sunday performances in this and the cantata series. Tickets and more information can be found here. Did you get the part about the ENTIRE Messiah? Just making sure.

Two of Beethoven’s greatest choral/orchestral works are also on the calendar. Oregon Symphony Conductor David Danzmayr will conclude his first OSO season with the Ninth (Choral) Symphony. Portland State Choirs and Oregon Repertory Singers will join the orchestral forces on the June 11, 12, 13 weekend. And the Missa Solemnis, for which Beethoven wrote the dedication “Arising in the heart, may it return to the heart” will be performed on May 1st in a collaboration between the Oregon Music Festival Orchestra and Portland Symphonic Choir.

Fast forward to May and add this special choral/orchestral event to your concert schedule: the world premiere of local vocal performer and composer Damien Geter’s An African American Requiem, May 7, 6 pm at the Arlene Schnitzer Concert Hall. Resonance Ensemble, which commissioned the piece, Kingdom Sound Gospel Ensemble and other regional singers have partnered with the Oregon Symphony to bring this groundbreaking work to life. Tickets and more information here.

One success of Portland Symphonic Choir’s 2020-2021 virtual season was their “Virtual Masterworks Series.” These free, approximately 75-minute offerings are your opportunity to sing along (with score displayed) and learn about the choral masterwork from a choral scholar. Mark your calendar for February 6th, 7 pm, and let Kodály Specialist and San Francisco State academician David Xiques guide you through Carl Orff’s Carmina Burana. Then, on March 13, 7 pm, Erin Freeman, Director of Choral Activities at Virginia Commonwealth and Conductor of the Richmond Symphony Orchestra Chorus, will share her knowledge of Haydn’s oratorio, The Creation. PSC’s Virtual Masterwork Series is free; show up at the PSC website and commune in choral singing with folks near and far.

Coming up and coming down

Several choirs have not laid out a Winter/Spring performance schedule; others have locked in venues, dates and programs. It was evident this week, however, that–to paraphrase an Aaron Sorkin line from American President–all plans are soft until we receive confirmation two weeks beforehand.

We understand. This new year offers hope but requires flexibility. And in the interest of caution and with respect for singers and community these decisions have been made just this week:

Bach Cantata Choir “SuperBach” concert, scheduled for Feb. 3, is canceled. Director Ralph Nelson says they plan to be back on stage in April.

Willamette Master Chorus, whose first live concert is or might be scheduled for February 27, states it well on their web page: “The chorus is currently planning for multiple scenarios and will be ready to deliver.” They will be virtual if not live.

And how about you, about your concert decisions? You get jazzed about a concert and want to hit the purchase button but are concerned about laying out the funds because what if it gets canceled or you decide not to attend. Steady on. You’ll be happy to know that our arts organizations are working to make it right for you. Many are stating their cancel/exchange/donate/refund policies right up front and most are in your favor. Look for them, inquire about them. There are choices.

But don’t count out…

Toward the end of February is the aforementioned FOCM Chanticleer Concert and then there’s Cappella Romana. CR’s Byzantine Empire performances and recording sessions were postponed but Arvo Pärt’s Kanon Pokajanen (Kanon of Repentance) is scheduled for February 24 (Seattle), 25, 8 pm (St. Mary’s Cathedral) and 26, 3 pm (Christ the King Parish, Milwaukie). Alexander Lingas is scheduled to conduct. Go to Cappella Romana for tickets and more information. The concert will also be Premiered in Video on March 4th; purchase access here.

Remember, every live performance referenced above, unless noted, requires proof of a complete round of vaccination or test results accompanied by your ID. Masks are required to enter and must be worn throughout the concert.

As these wonderful concerts draw near we’ll give them a more proper shout out. Hell, we’ll scream it out. So hang in there and keep watch on the choral arts, Oregon.

Gerald Finley, in recital on the FOCM series on February 1, is giving a free Master Class on February 2, 6-8 pm, Portland State, Lincoln Recital Hall 75. Singers provided by PSU; coaching by Mr. Finley. No registration is required but arriving early to secure limited seating is advised. Proof of vaccination and masking is required.

Purposeful steps but watch the footfalls. Off kilter yet somehow familiar.

The original Aaron Sorkin line referenced above, spoken by Michael J. Fox’s character in American President, is: ”I tell every girl I’m going out with that all plans are soft until she receives confirmation from me thirty minutes beforehand.”

Once again, let’s remind you of the best way to get this information with one simple tool. The PDX Choral Calendar includes everything in the community and collegial choral scene, Vancouver through Salem. You can browse choral concerts by choral organization, or click over to the google calendar for offerings by date. Links to organization websites, OAW articles and–if provided–brief concert programming are available. This service is free and it has been singer Tom Hard’s gift to the community for 14 years. 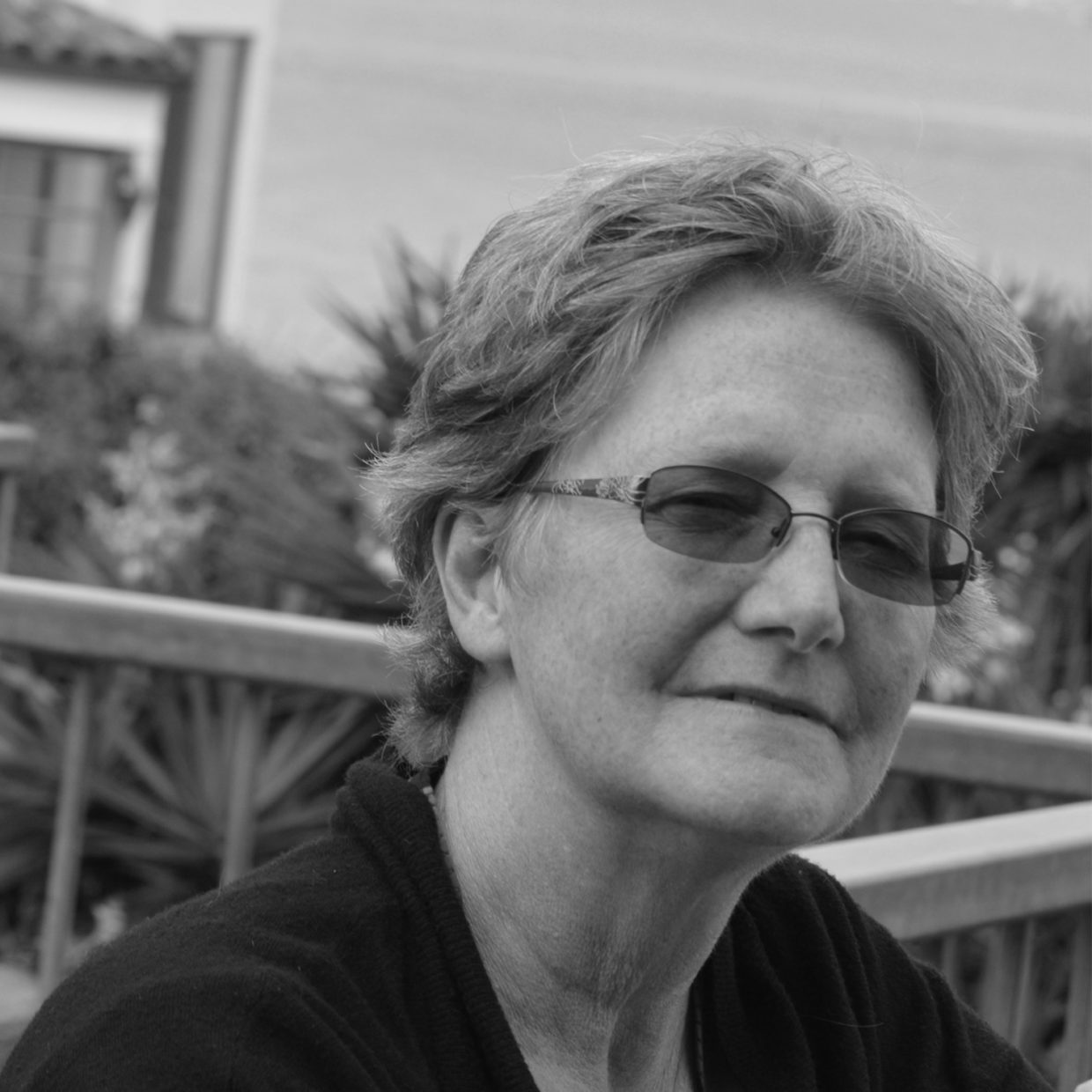