Each spring, a family of starlings nests in the overhang above my bedroom window. The grown ones rustle endlessly, their iridescent plumage shining blue in the light as they travel back and forth from the nest each morning. The hatchlings wail shrilly, never satisfied. I lay in bed and listen to the clamor of their home-making, which should by all accounts be irritating, but somehow isn’t. Our two dwellings are conjoined, yet so distinct. A symbiotic relationship has developed between us over the course of the pandemic. They claim a part of my apartment’s roof as their own, and in doing so, they offer me near-constant reminders: Simplify! Take note of the natural world! Make noise when the mood strikes!

In 2020, I discovered birds. I blame the starlings. I have a bird app called “Smart Bird ID,” a cloudy pair of binoculars from Goodwill, and constant restlessness. As far as pandemic activities go, birdwatching ticks a lot of boxes—it’s cheap, outdoors, and I can practice in my neighborhood. (Simplify! Take note of the natural world!) It wasn’t a surprise to discover that the prolific Portland-based artist Howard Fonda had also studied birds over the last year.

In Quand la cage est faite, l’oiseau s’envole, a French phrase translating to “When the cage is made, the bird flies away,” Fonda uses his characteristic ebullient style to create deceptively complex portraits of Pacific Northwest birds and further-flung landscapes. His exhibition of fifteen oil paintings, all created in 2020-21, was recently on view at Ampersand Gallery & Fine Books. Using bird imagery as a clever springboard to reflect on his desire for freedom and nostalgia for past travels, Fonda illustrates a relatable experience of pandemic confinement.

Fonda’s oil paintings hang along two parallel walls in the gallery space, separated by tables covered in a diverse selection of creative publications. (Ampersand’s mission is twofold: They present art exhibitions while also maintaining a curated range of print ephemera and art books.) There’s an instant sense of continuity in Fonda’s paintings: they’re all rendered in a similar palette of greens, blues, and yellows. This repetition creates a soothing rhythm. Each painting feels like a continuation of the next, as though they’re all views from a single window. Fonda began each of these works by adhering newsprint to his canvas; he then built layers of paint atop that surface, a practice which he feels results in more vibrancy. Indeed, his brushstrokes pop despite his limited palette.

Fonda’s choice to depict common neighborhood birds—a robin, a sparrow, a jay, a woodpecker, a blackbird—feels sweetly reverent, while also raising questions of attention. Is Fonda, and are we, noticing the world in a new way? Are we paying attention? Considering the confinement that the pandemic has required, how might it impact an artist’s subject matter?

The creative recluse is a common archetype—we know Emily Dickinson, whose bird-themed poetry includes “‘Hope’ is the thing with feathers,” was reclusive, but so is the recently discovered Italian artist Pordenone Montanari, who focuses on the human figure as subject matter despite lacking models. Edvard Munch was solitary toward the end of his life, too; he created many soul-searching self-portraits informed by his emotional state during that time. This sort of limitation, while a challenge, might encourage an artist’s more intense noticing and a deeper gaze into one’s psyche.

Although Fonda’s bird portraits and landscapes appear straightforward, much is still left to the viewer’s imagination. In his artist statement, Fonda mentions that his landscapes are tied to memories of places once visited: the Apache Sitgreaves National Forest, Sauvie Island, Lake Whidbey, and others. I’m left wondering about the stories behind these subject choices. Fonda references spirituality in interviews, and his work alludes to Folk Art. Are there folkloric or symbolic meanings embedded in these paintings? Fonda specifically depicts common Northwest birds, reminding me of the Thunderbird, a powerful supernatural being in Native Pacific Northwest Coast cultures. Perhaps this connection is a stretch, but these works lead the viewer in multiple directions, which is part of their strength.

Fonda’s landscapes drive home the exhibition’s overarching themes of nostalgia, freedom, and dreamy reminiscing. He depicts a wide array of natural spaces, ranging from the familiar (Forest Park, Sauvie Island) to the more distant (Dził Łigai Sí’án, the White Mountain Apache name for Mount Baldy in Arizona), reinforcing that these works relate to distinct memories for the artist. Dził Łigai Sí’án is known as an important holy site for the White Mountain Apache people, who still travel to the top of the mountain for prayers and rituals. How this relates to Fonda’s experience there is unclear.

Color and line are vital tools for defining the light and dimension of Fonda’s landscapes. Fonda uses a characteristic technique of curved, repeating marks to describe the depth of natural forms. These same marks shift in yellow hues to illustrate light. Among his influences, Fonda has cited the painter Maureen Gallace, whose quiet, contemplative landscapes resonate strongly with the natural environment he created for this exhibition. Fonda is also inspired by Theodora Allen and Mari Eastman, both of whom cultivate a soft wistfulness in their paintings that draws from the natural world.

While Fonda’s paintings are introspective and tranquil, they also bear a muted sadness. Birds are a clear symbol of freedom, yet they often reflect our underlying feelings of being confined. We long for their independence, but even more so, we long to understand our limitations in relation to their freedom. Consider Courbet’s moody, disheveled Woman with a Parrot, or Robert Rauschenberg’s Canyon, controversial for its inclusion of a taxidermied golden eagle. Even Claude Monet once said, “I would like to paint the way a bird sings.” Indeed, birds encompass so many of our emotional perspectives. In Fonda’s paintings, they’re peaceful, but a little bluesy, too.

The French proverb Quand la cage est faite, l’oiseau s’envole suggests that there’s too often a “cage” from which we’d like to “fly away,” but in these paintings, Fonda manages to find some solace. By depicting the spaces of his memories, he holds onto their inspiration, and by choosing to paint neighborhood birds, he praises the beauty he still has left. The combination honors a universal sadness felt during COVID confinement, while also feeling hopeful. For now, Fonda studies the creatures nearby. His landscapes inspire faith that he’ll someday “fly away” again. 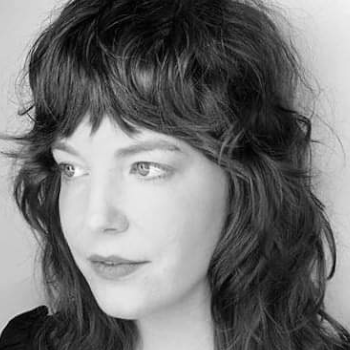 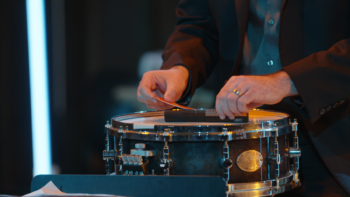