Into the “Deathtrap” and back out with the new

“Nothing recedes like success,” says the fading playwright at the center of Deathtrap. That’s also true of Ira Levin’s famous 1978 play, one of the most successful thrillers in Broadway history, which ran nearly 1800 performances and became a major 1982 movie success starring Michael Caine and Christopher Reeve. Yet you don’t see it staged much by professional theaters these days in spite, or because of, the fact that it pioneered many of the meta-theatrical tricks and winking plot twists common in films and plays ever since.

That’s a challenge for anyone producing Deathtrap today: How do you make what was once so thrillingly outre’ feel fresh?

Bag and Baggage Productions, which produced this new version running through October, also faced its own similar challenge: after a decade of increasing success at Hillsboro’s big, old-school Venetian Theatre, could it maintain that track record in its very different, intimate new space across Main Street, the Vault, which demands a different kind of direction and acting?

I won’t give away the ending (or much of the plot) of Deathtrap, but I’ll tell you upfront the answer to those two questions: in surmounting the second challenge, Bag & Baggage artistic director Scott Palmer also solves the first. His new production’s modern directorial sensibility makes a familiar, four-decade old classic feel contemporary again.

Deathtrap was an early leader in the now-familiar meta-theater subgenre — it’s a play about playwriting. Sidney, a once successful playwright, needs to revive his career. Clifford, a student he’s mentored, wants to jumpstart his own with a promising script he brings to Sidney’s leafy Connecticut suburban home. Sidney’s wealthy wife Myra, while eager to help Sidney return to acclaim, has her doubts about both writers. Their neighbor Helga, a Dutch pop psychic, and Sidney’s lawyer Porter, seemingly innocuous, both play crucial roles in the twisty plotlines. Homicide and humor happen.

That’s enough plot summary, because though Deathtrap is one of those modern mysteries where the audience knows whodunnit, we’re still constantly surprised and delighted by what happens next. That ironic balance between comical and criminal helped make Deathtrap a breakthrough in its day. A production can easily lean too far one way or the other. Make it too slapstick and lose the power of the murder mystery that compels audience interest. Play it too straight and it’s just another dated puzzler without the satirical delight Levin provides in playing with our expectations.

Stage director Palmer is a past master at navigating that fine line between realism and exaggeration, especially in B&B’s entertaining comedies. But doing so in the Vault’s intimate confines demands a much subtler approach. A master of misdirection (in the good, non-hyphenated sense!), Palmer accentuates the sense of unease with expert little touches — a sidelong glance here, a raised eyebrow there, slightly melodramatic music and light cues — that create an atmosphere of what might be called wry ominousness. We’re nervous and chuckling, surprised and knowing, all at the same time. It’s a Deathtrap for the post-Simpsons generation that plays off the fact that the script’s pioneering self-awareness is now common currency in all kinds of entertainment. And the nuances that make it work would have been lost on the distant Venetian Theatre stage. In a post-show talkback, Palmer revealed that he’s wanted to direct Deathtrap here for ages, but knew it wouldn’t work in the oversized Venetian. It’s a small-scale triumph in the Vault.

Palmer’s skill actually best appears not in a line but in a silence — a single unscripted long pause in the midst of a dialogue between Sidney and his lawyer that in the opening weekend performance I saw produced both an explosive audience laugh — and a crucial aha! moment.  Like so much else here, to say more would spoil it, but it perfectly captures the play’s ingenious blend of humor and homicide.

Four decades after its premiere, a contemporary production must also strike another balance between that knowing, modern acting/directing humor B&B pulls of so adroitly, and the play’s 1970s sensibilities. The latter are beautifully embodied in the script’s period references — the Merv Griffin show, Rev. Moon, manual typewriters with carbon copies necessary to the plot — and fabulous work by costume designer Melissa Heller, scenic designer Jim Ricks-White and the rest of the design team. Special shout out to prop master Kai Hennig for the Ralph Lauren sweaters to the old-school tech to a wall festooned with none too subtle foreshadowing props: scimitar, bow, dueling pistols, dagger, cutlass, flintlock, musket, darts, manacles, mace, dagger and other machines of mayhem. “You have a beautiful set,” Palmer said he’d warned the actors in rehearsal. “Don’t let it be more beautiful than you!”

They didn’t, never letting all that impressive scenery overshadow the visual information the acting itself needs to convey. The company’s actors solidly deliver on Palmer’s binary vision. Any good murder mystery has you rooting, against your better morals, for the bad guy to get away with it, while also believing he/she is bad enough to actually do the deed. And, without giving away the script’s innumerable plot twists, there’s a lot to root for. It’s a tough combo, and in the primary role of Sidney, Lawrence Siulagi’s outward affability, subtly masking egocentric concern about his fading career, easily puts the audience on his side, but could use a smidge more edge to make us really believe he could contemplate murder. No such reservations about Andrew Beck’s cheerfully sly Clifford. In the two underwritten plot-device roles, Morgan Cox nails Myra’s nervousness more than goofy Dyan Cannon did in the movie, while Eric St. Cyr succeeds in believably conveying unexpected aspects of the superficially bland Porter. In one of the most delightful character performances I’ve seen this season, Mandana Khoshnevisan just about steals the show with a pitch-perfect mix of prescience and looniness as Helga.

The company shows that especially in a production as smart as this, a perennial like Deathtrap still has plenty to offer, whether you’ve seen it before (especially if not so recently that you recall all the plot twists) or never. It’s an ideal show for this month: Like Halloween itself, Deathtrap turns fright into fun.

DramaWatch: Chicken, biscuits … and what? 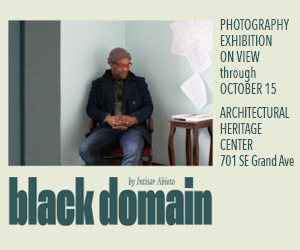 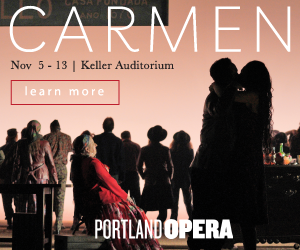 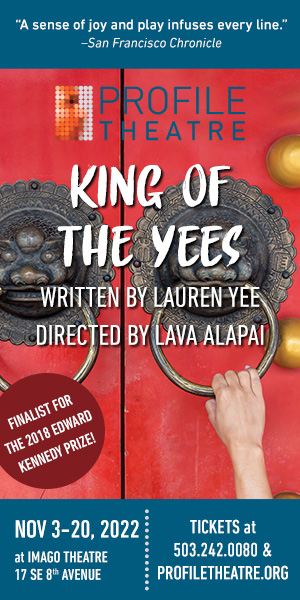 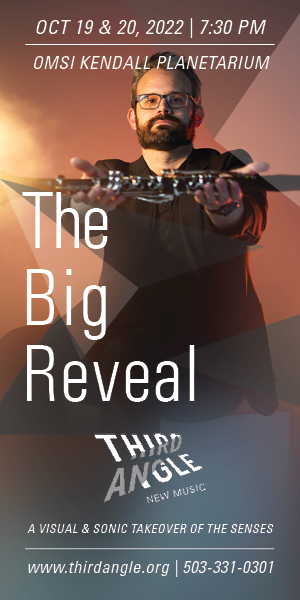 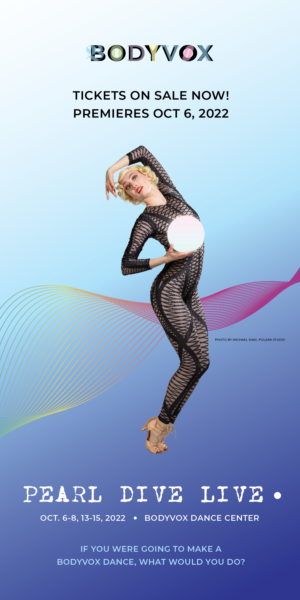 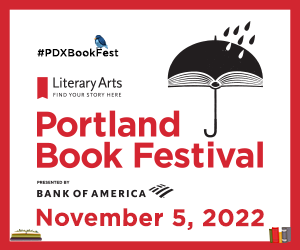