The bill featured two of Keylock’s pieces as well as work by Seattle’s Jordan
MacIntosh-Hougham and Portland’s Josie Moseley. The last time I saw Keylock’s work was June 2018, when he debuted Calamus for New Expressive Works’ 10th residency cycle. After that residency, Keylock continued to meditate on Calamus—a piece about what he calls “quiet queerness” that draws from Walt Whitman text and World War II-era oral histories—and created a second, more mature iteration of the work for this program.

But let’s not skip what came first. The program opened with
MacIntosh-Hougham’s Bad! Bad! Bad!, a delightfully comedic homage to the anxiety and awkwardness we’ve all felt in social settings. Sporting technicolor bobbed wigs, washed-out khakis, and blouses that would give your mother’s closet a run for its money, company members shuffled in and out of the space, making both charming and uncomfortable attempts to break into this particular social setting. Viewers caught on quickly, and their consistent giggling (as well as the frequent eruption of their laughter) followed the dancers like an echo until their final haphazard goodbye.

When I chatted with Keylock about this show the week before it, he explained that he’d originally seen Bad! Bad! Bad! in 2018 at Seattle’s Velocity Dance Center. “It’s such a surprise when this piece enters into the program. [I think] a lot of folks will expect to see [something closer to] my style: technical, foundational, and grounded … but we are kicking things off with a joyful, pastel menagerie of color,” he said with a grin.

In a feature Louisa Parker wrote for the company’s blog,
MacIntosh-Hougham cited Canadian artist Janet Cardiff as an inspiration for Bad! Bad! Bad!; Cardiff’s work centers around sound installations that she calls audio walks. “I am inspired by her ability to make you feel like you are stepping into an alternate reality, but are based enough in actual reality for it to be slightly disorienting,” MacIntosh-Hougham said.

In Bad! Bad! Bad! this inspiration manifested itself as a live video stream from a tripod that moved about the room, catching the quirky facial expressions the dancers made while they performed with their backs to the audience.The stream was projected onto the back wall of the performance space, showing viewers each dancer’s semi-private moments as they sheepishly flirted with the camera or, in one hilarious bit, spun around and shrank in embarrassment when they discovered that they were not alone and very much on the spot. These moments suggested to me that culturally, we’re more comfortable interacting with people through screens  than face to face, which offers no barrier to potential awkwardness. By the end of the piece, the company had my full attention, having negotiated the comedic terrain with an adorable tenacity that pointed to their role-playing skills.

The work left a jovial energy in the space that lasted through intermission; after that, the evening continued with Bloom, which Keylock referred to as a Portland legacy work. Longtime Portland dancer/choreographer Josie Moseley originally created this solo for Keylock in 2016; here it was performed by company dancer Jillian Hobbs, who was easily the most impressive part of it. Her technical awareness and maturity as a dancer shone through in every moment. During our interview, Keylock described her presence as “beautiful and captivating,” and I agreed.  However, while the transition from Bad! Bad! Bad!’s obscure synth-rock musical score to Bloom’s Schubert accompaniment showcased the company’s range, it also seemed abrupt  from a viewer’s perspective.

The program concluded with two pieces stamped with Keylock’s unassuming and meticulous choreographic choices. His latest work, A Small Pleasure, was a duet between company dancers Liane Burns and Kristalyn Gill. As the women moved, their pacing and precision anchored both the pair and the room in concord. The score, created by Seattle-based multimedia designer Evan Swope, has a steady bassline that seems to entice deep circular breath within the movement. The choreography avoids expected transitions and commonplace shaping of the body. Both precisely linear and exploratory in the spherical realm, Keylock’s movement travels through space in curious ways.

Originally, A Small Pleasure was based on correspondence between writers Virginia Woolf and Vita Sackville-West, two women (married to men) whose friendship developed into an affair. But none of this was blatant in the work. This points to Keylock’s ability to retool specific concepts into accessible abstractions, in choreography that is both taciturn and yielding. A Small Pleasure is marked both by reticent moments and opportunities for deep discovery, within the dancers’ experience as well as the audience’s perception. When the lights dimmed on Gill and Burns, I found myself squinting into the darkened space, waiting for more.

As for the final work on the bill,  “I’m excited to share Calamus in its fully realized state,” Keylock told me.  “[Last] June, I wasn’t sure what the work was or what the reaction was going to be … now, with more time, I am clear with what I’m saying.” Last year, I noted the work offered a deep exploration of masculinity and identity, taking a vulnerable look at the complexities of queer identity. I was excited to see this second iteration of Calamus, which, like the original version, began with a haunting passage toward the back of the room and continued on in its contemplative way, the movement swelling with emotions at times and quietly dissolving into the space during others. Keylock removed certain elements that appeared in the original piece: a voiceover of someone reading Walt Whitman’s work (alluding to Whitman’s closeted life as a gay man), a projection that accompanied the initial procession through the space, and shredded paper scattered about the floor. “In June, the voiceover really helped communicate [the concepts] of the piece,” Keylock reflected, “And now we don’t need that. We are saying it with our movement.” As the saying goes, less is more. I was nervous at first that, without the voiceover, viewers would miss out on Keylock’s depth of research and the central precepts of the work. After seeing the newest Calamus, however, I realized that he’s beginning to trust his own voice as a choreographer, and that stripping away the excess media was his way of making space for his own thoughts.

“We are inviting the audience in to take a peek at a quiet queerness,” he explained.  The intention came through clearly by the end of the piece, when dancers Trevor Wilde and Eli Bauer commanded the space for a final duet. Their moments together grounded the entire piece and solidified its concept in the last few minutes of the work. There was hesitancy when they drew close, hinting at the dangers gay couples faced then (and still do today).  A painful beauty waxed and waned as Wilde and Bauer moved near to and away from one another, highlighting the struggle of missed connections and the fragility of a love under scrutiny.

When I asked Keylock why he gravitated toward the Second World War era, he emphasized that it was “a highly political time. [There was] a lot of development of laws and regulations against queerness … a lot of regulations against love. So many had to keep love and intimacy private. There’s this boiling up of emotion around that: keeping secrets for your safety. It’s a constant emotional pull. For me, that’s something I felt growing up in a small conservative town. That exists for a lot of queer folks growing up in a small community, feeling unsafe. That’s something I’m really excited about with the upcoming tour.”

What he’s referring to is the company’s performance at the Barnstorm Dance Festival, held next month in Houston, Texas. The company will perform Calamus there; it’s the next step in Keylock’s larger goal: to connect audiences to contemporary dance while exploring the LGBTQ identity. 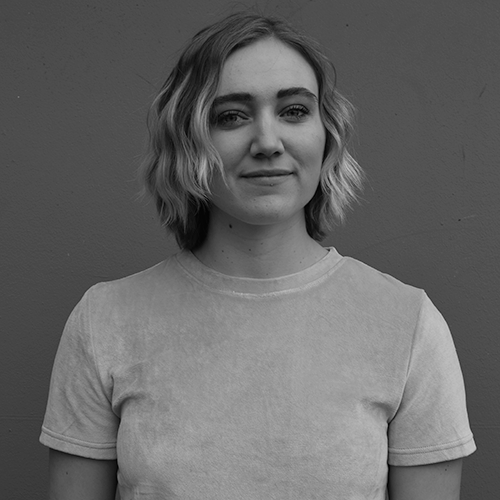