An award-winning pianist replaces Fazil Say in a crystalline performance of a Ravel concerto.

In this time of COVID, the Oregon Symphony has had to do some last-minute scrambling to find replacements for its scheduled artists. In November, two cancellations occurred with less than a week to go before curtain.

This past week, it happened again.

Acclaimed Turkish pianist-composer Fazil Say couldn’t get clearance on his visa. Fortunately Louis Schwizgebel, the 34-year-old, award-winning pianist, had a gap in his concertizing and rescued the situation with a shimmering performance of Ravel’s Concerto in G Major at the Arlene Schnitzer Concert Hall on Saturday (January 15) with music director David Danzmayr on the podium.

Right from the snap of the slapstick at the downbeat, Schwizgebel deftly navigated the bluesy lines as well as the series of trills and intricate filigree that make the concerto glisten. His impeccable keyboard technique propelled everything forward so that Ravel’s music came across as elegant and optimistic. In one section in the third movement, it looked as if he were playfully pawing the keys like a cat.

Schwizgebel gave the long, languid cadenza at the beginning of the second movement a graceful interpretation without becoming sentimental or oddly mannered. His extended duet with the English horn, played by Jason Sudduth, suggested an idyllic reverie.

Glissando-like phrases by the woodwinds, punctuations by the trumpets, and smears from the trombones added to the jazzy inflection of the piece. The refined harp of Jennifer Craig added a beguiling layer of sound, and the motoric bassoons in the final movement wonderfully accompanied Schwizgebel’s acceleration to the finish line.

Full-throttle applause brought Schwizgebel back to the keyboard, and he offered an encore – Bach’s “Prelude in B minor” in a transcription by Alexander Siloti. Siloti was a triple-threat pianist/composer/conductor who concertized throughout Europe before settling in New York City to teach at Juilliard. He wrote around 200 transcriptions, and this Bach Prelude remains a favorite to this day.

Under Danzmayr’s baton, Sibelius’ First Symphony was flat out superb, with impeccable contributions from the musicians all around. They enhanced the emotional content with the softest of pianissimos and majestic lines that soared. The ebb and flow of the piece conveyed a restlessness that was not resolved until the final measures. The woodwinds created a sonic landscape that was dotted by lakes and forests – much like the Nordic expanse of Sibelius’ homeland.

Principal clarinetist James Shields’ hauntingly beautiful solo at the very beginning of the work wonderfully set the table for the majestic entry of his colleagues. Memorable effects included the sudden shudder from the timpani, cascading woodwinds, and the strong cantabile of the strings. The musicians organically shifted from lighting-fast to relaxed and almost serene passages. The overall effect from Danzmayr was electric, eliciting a strong response from the audience.

And although Say couldn’t be there to perform, the symphony played his composition ‘Grand Bazaar.” The piece evokes the vibrant atmosphere of the Grand Bazaar in Istanbul, a huge market which dates back to 1455 and houses over 4,000 shops selling an overflowing cornucopia of food and wares to a constant stream of shoppers and tourists.

This one-movement nougat is stuffed with blaring horns, squealing piccolo, chattering trumpets, slurring clarinets, wiggling oboes and bassoons, and melodic lines from the strings that constantly shifted. Now and then the magical sound of bar chimes added enchantment to the exotic commotion. The percussion battery–outfitted with darabukka and kudüm–took over the scene with a contagious rhythmic pulse, and the piece ended with a snappy flourish. The music sure gave my ears a good ride, and made me want to visit the city that straddles the Bosporus strait. 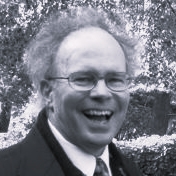