Martha Ullman West remembers Oslund, the Oregon dance legend, who has died at 72.

Mary Oslund, who as artist and administrator, choreographer and teacher, collaborator, mother, and mentor was central to the flowering of the arts in Portland for more than three decades, died on November 17 at her home in Southeast Portland, at age 72. The cause of death was MSA (Multi-System Atrophy), a rare neurological disease that attacks seemingly every part of the body most needed for moving and breathing and thinking, never mind the practice of the art of the dance.

One of the last times I saw her, almost exactly a year ago, was at a performance by CNDC-Angers/Robert Swinston at the Newmark Theatre. She had trouble lifting that beautiful, 19th century poet’s face to greet me, and I thought at the time what an effort it must have been for her to watch those dancers perform Merce Cunningham’s Biped and Beach Birds, brilliantly using the technique that she carried in her own lovely bones. That said, there is little doubt that Mary’s passion for dance – doing it, creating  it, teaching it, watching it – did not stop her from making the effort, and if she thought about it at all, made it absolutely worth it.

Mary was diagnosed with MSA a little more than a decade ago.  She told me about it, in confidence, at Gregg Bielemeier’s 60th birthday party, in August 2010, while we sat on our hosts’ hard cement back steps, observing the revelry and getting caught up. I asked her how she was, and in a calm, level voice, she described her symptoms – loss of balance, muscle weakness, dizziness. For the first time in nearly three decades of free-wheeling conversations about a wide range of professional and personal subjects, I did not know what to say.

At 62, Mary was a woman in her prime, an award-winning artist at her peak, with a company to maintain and direct, and work to make. She had just received her second commission from White Bird (the first was for Volant, in 2004) and she wasn’t at all sure she could fulfill it. Finally, I muttered some platitude about feeling confident she’d find her way, and that is precisely what she did.

Childhood Star premiered five months later at Portland State University’s Lincoln Performance Hall, after a grueling rehearsal process at Conduit Studio, the teaching, rehearsal and performance space that she and Linda K. Johnson had founded in downtown Portland’s Pythian Building in 1990, and which soon became the epicenter of the city’s modern dance scene.  Early in that process arts writer and editor Barry Johnson (ArtsWatch’s founder and executive editor) observed her, perched on a stool, putting the dancers through their paces.  He also interviewed her for Portland Monthly magazine, and she told him that what she liked best about the new piece were “the parts that aren’t like Mary.”

What parts that aren’t like Mary, I just asked myself, having spent much time since her death thinking about her life and her work and her courage and skill at making them part of each other. When I reviewed Childhood Star for ArtScatter, with the knowledge that this was likely her last choreography, I said that the piece was about dancing itself, “and an ongoing exploration of what the human body can accomplish aesthetically.” I still think that’s true, as well as her use of a fine-tuned, eclectic movement vocabulary of  “long limbed extensions, geometric shapes, duets involving contact between dancers that initiate new phrases,” and big gestures juxtaposed with small ones. Music and set pieces were familiar as well: Artist Christine Bourdette had collaborated with her on Sky three years earlier, designing an interactive set, and for this piece  she made three-dimensional buoyant “boulders”  that were integrated into the choreography in much the way that Isamu Noguchi’s were in Martha Graham’s Cave of the Heart and a number of other works.  South African composer Darrin Verhagen’s atonal, contemporary score, too, was very like Mary: ambient and strident, piercing and quiet.

Perhaps Mary thought the lyricism and playfulness that Childhood Star contains weren’t like her, or the underlying sense of infinite possibility, of ideas to be explored, of dreams to be dreamed, and dancing to be done. But these are themes that run through the entire body of Mary’s work, or at least that portion of it that I have been seeing since she moved from Eugene to Portland in 1984 to take a teaching position at Lewis & Clark College.

I started covering Mary for Dance Magazine in 1981, when she was still in Eugene, performing with Mary Curry, and collaborating with Karen Nelson and Alito Alessi, founders of  the contact improvisation group Joint Forces.  I didn’t review her, however, until 1986, two years after she had moved up to Portland, when Martin’s Coat, made in collaboration with Nelson and Alessi, premiered at the Echo Theater.  Like Childhood Star its subject was childhood, but about childhood’s dark side; its vulnerability. And it surprised the hell out of me, because I had pegged Mary as a postmodern choreographer, cerebral, detached, who rejected narrative content in favor of pure movement, albeit using a variety of physical vocabularies that ranged from classical ballet to Cunningham technique and such locomotions as walking and skipping.

Furthermore, one of the performers was a child, and her child at that. Seven years earlier, postmodern choreographer David Gordon had taken a hit from some New York critics for having his young son participate in a performance: The boy swept the floor of the stage for two minutes. Mary’s daughter, Liv Oslund, eleven years old at the time and extraordinarily self-possessed, stood at a lectern and recited poetry by Terrie Yaffe about Alessi, as a child, witnessing a murder.  Keith V. Goodman, Mary, Alessi, Nelson, and Cindy Cummings told it with their bodies, and the music was composed and played by her then-husband, Mike Van Liew, and by Steve Koski and Sue Davis.

Two years later, in an interview for a Willamette Week profile, Mary and I began those intense conversations about balancing our personal and professional lives, talking in the home in Sellwood she shared with Liv, Van Liew, and their two-year-old daughter, Corinna. While we talked, Mary held the little one on her lap, and Liv and my daughter, the same age, hung out.  Neither of us had been able to arrange for child care, so we broke the rules of professional conduct, in the interest of sisterhood, and also to get the work done. The piece we talked about was her most recent, Entry, the first modern dance to be performed at the Portland Center for the Performing Arts: It had premiered at the Winningstad Theater in March, and been performed again in May at Portland State’s Shattuck Studio Theater.

As in Jacob’s Coat, Liv was one of the performers. She also contributed text, in the form of journal entries, assigned by Mary, about adolescent and maternal ambivalence: kids demanding independence when they still need protection, and the tension that produces. What Liv said about this and the resulting duet was, “It’s the image of people my age. It’s not really me.”

Strength, struggle, vulnerability, ambivalence, and tenderness are all part of that phenomenal mother-daughter duet, a perfect vehicle for contact improvisation. Those qualities were also to be seen in 1994’s The Salvation Pieces, a gorgeous, wrenching, hopeful mutimedia work that Mary made after being sidelined with a severe back injury.  I loved Reflex Doll, which premiered during Nutcracker season in 1996, primarily for its duets: Keith Goodman and Mary sending up social dancing; Bonnie Merrill, with whom Mary worked a lot over the years, and Anne Bell, beautiful dolls of a certain age. It was a piece that overall stated loudly that women are not dolls to be played with or trifled with.

Especially not Mary. Mary was a highly visible part of the city’s dance scene almost to the end. Members of the dance community supported her, helping her in practical and emotional ways, perhaps most importantly escorting her to performances. Joan Findlay and Phil Sylvester were with her at the CNDC Cunningham concert. Eric Nordstrom, who danced in her company and interviewed her for his film on Portland dance history, was a frequent escort to shows. She was at Minh Tran’s concert at Reed College in 2019, his first evening-length work in eight years, lending her support to a dancer who had been in her company, and who also commissioned her to make work for repertory shows of his own. There are few dancers in this town whose lives she did not touch, and whose lives did not touch hers.

Mary died quietly, late in the afternoon on November 17, her daughter by her side, watching excerpts from a Bolshoi Ballet production of The Nutcracker. It was, Corinna told me in an email, a family tradition.

I am grateful to all the dancers who emailed me, messaged me on Facebook, and permitted me to grill them by telephone, and in one case mask-to-mask in person. I hope you will repeat those words in the comments section below, and please save December 13 for a Zoom memorial event, to begin at 4 pm, PST. 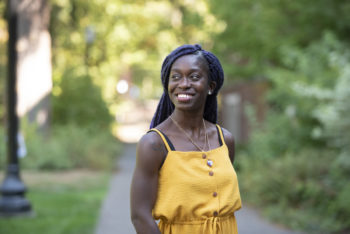