MusicWatch Monthly: Out of darkness into marvelous light

Christmas concerts, drag shows, música latina, doom metal, and everything in between

Let’s start by catching you up on what other ArtsWatch music writers have been doing. The latest in Daryl Browne’s series of choral features is packed with upcoming holiday shows, live and virtual; you can read that here, and the whole series here. Stay tuned for In Mulieribus next week!

Meanwhile, roving reporter Robert Ham champions the working class musician in his latest weekly previews column, featuring the return of Portland Americana duo Mojo Holler and the legendary punk band X. And those Chamber Music Northwest shows that Angela Allen has been reviewing? Like nearly all of CMNW’s concerts, they’re available as part of the At-Home streaming series: you can still catch the Radovan Vlatkovic horn trio concert through the 9th (that’s tonight, if you’re reading this on Thursday), and the Brentano String Quartet’s Stravinsky-centric concert will be available online from the 18th through the 25th (that’s Christmas, unless you’re on Orthodox Time).

Everybody knows that area composer Jennifer Wright is mad, quite mad. You recently read Bennett Campbell Ferguson’s profile of Wright’s latest Skeleton Piano concert, The Phoenix Project: Art in the Time of Climate Emergency. Next up, the restless composer partners with fellow Cascadia Composers Nicholas Yandell and Timothy Arliss O’Brien for “a dragtastic concert celebrating queer identity and expression”–Fierce, Fabulous, and Fully Coiffed, a one-night show at Clinton Street Theater on Dec. 10.

Nobody knows why brass bands and Christmas tunes make such a great pairing. Can we blame the Germans for this one? In any case, it seems particularly appropriate that Portland Columbia Symphony Orchestra’s holiday concert on the 11th will feature the PCSO brass, conducted by Stephen Byess. Last time we heard from this crew they were performing Nicole Buetti and Charles Ives. Oompah!

When 45th Parallel expanded into a Universe, each of the constellations got a name: Pyxis Quartet, The Gemini Project, and so on. Somehow, the as-yet-nameless cello sextet didn’t get the memo–so we’d like to propose “The Gwyn Sextet,” in honor of the 20th-century arranger whom Friend of Greg cellist Trevor Fitzpatrick referred to simply as “a Welsh physician and amateur cellist.”

David Gwyn Seymour’s work ranges from sextet arrangements of Haydn to cello orchestra arrangements of Brahms, and it was his arrangement of Tchaikovsky’s beloved Nutcracker music the sextet performed last year as part of 45||’s year of streaming. This year they’ll bring it to Downtown Portland’s Jacob Center on the 16th and Astoria’s Liberty Theatre on the 17th. Are you getting visions of sugar plum fairies yet?

Trinity Episcopal Cathedral in Northwest Portland offers two concerts this holiday season. The first, on the 18th, is their annual Christmas concert and Wassail Party, featuring the Trinity Choir and members of the Portland Baroque Orchestra performing Vivaldi’s oh-so-Baroque Gloria. There will also be a carol sing-along, as well as music by Rosephanye Powell and Trinity organist Katie Burk.

On New Year’s Eve, Trinity’s year-end bash will include sets from Jessica Israels and the Chuck Israels Sextet, Portland Symphonic Girlchoir, Burk and fellow organist Bruce Neswick, Renegade Opera, and even a bagpiper–Mark Mullaney, whom you can hear performing the timeless Metroid music right here. And because Trinity is apparently a church that still remembers Matthew 25:31-46, proceeds from this concert will go to the Trinity Food Pantry, “a vibrant program that serves hundreds of food insecure neighbors in Portland every week.”

Also on the 9th (still “tonight” unless you missed it), Portland creative laureate Joaquin Lopez hosts Una noche de bienestar at Holocene in Southeast Portland. The benefit concert’s headliner, Orquestra Pacifico Tropical, is easy enough to describe, because their self-applied appellation is so striking: they call themselves “psychedelic cumbia.” Those are both slippery terms, in a sense, because “psychedelic” simply means “manifested mind” (blame Huxley for that) and “cumbia” has expanded from its Colombian roots to describe a wide variety of música latinoamericana. But let’s be honest, you know what those words mean: they mean you’re going to Holocene for some trippy Latin dance music. Salem’s Mariachi México en la Piel also performs.

And for even more holiday mariachi, head to the Schnitz on the 15th to hear José Hernández and Mariachi Sol De México performing “Mexico’s Christmas traditions.”

Perhaps more psychedelic than OPT is Y La Bamba–not overtly so, maybe, but listen to their 2019 album Mujeres and let your mind drift away on the waves of Luz Elena Mendoza’s haunting voice and reverb-soaked production, the heavy-groovy drumming from Methods Body’s John Niekrasz, and the shimmering, Caifanesco guitars of Ed Rodriguez and Ryan Oxford. Good luck getting the title track out of your head!

Y La Bamba and Portland-based Puerto Rican singer Frankie Simone perform two New Year’s Eve shows at Doug Fir Lounge: one on the 30th and the other on the night itself. ¡Feliz Año Nuevo!

Two of this month’s most intriguing shows feature bands we first heard about on Robert Ham’s monthly Bandcamp roundup, Now Hear This, and for some reason specifically the November 2020 edition.

Concerning local death metal trio Vulnere’s Igneous, he had this to say:

Vulnere likes to add “unrelenting” as a modifier when describing its death metal sound. Not a terribly original idea, but this trio walks the walk like they talk the talk. The group’s first full-length does not let up for one moment of its nine heaving, grinding tunes. If you can catch your breath long enough, pay particular attention to the drumming of Cody Pulliam. His speed and fury drives each moment of this album like a cluster bomb.

“Unrelenting” is too bloody right: even in those rare moments when the blistering sonic attack eases off for like three seconds, that still feels like the part of the horror movie when one of the about-to-get-slaughtered teenagers slowly approaches a half-closed door, and the whole audience is like “oh my god don’t open that door! get out of the house!” and the music gets all slinky for a moment before the bloodshed starts up again.

Doesn’t that sound like a fun way to spend a frosty December Friday night? Head to Portland’s Heavy Metal HQ–Dante’s on West Burnside–on the 10th, and take turns getting pummeled by Vulnere, Disimperium, Vile Rites, and Aseitas.

The other of the two bands is not exactly a metal band–not metal at all, to be perfectly frank, more dreamy-angsty emo-guitar retro-synth stuff in the Portishead / St. Vincent vein–but it was impossible to resist the temptation to include Cardioid’s Fantasy Metal here (oh yeah, and you can read Mr. Ham’s profile of Cardioid’s Lizzie Ellison right here).

Ellison and the rest of the band–drummer Riley Geare and bassist Erica Shafer–hit Doug Fir Lounge on the 16th, with Brooklyn’s koleżanka and Portland psych-pop act Glistener.

For “real” metal, it doesn’t get more Oregrown than Eugene trio YOB, also playing Doug Fir this month (and, like Y La Bamba, doing an almost-certainly-necessary two night run, on the 21st and 22nd). “YOB is love,” they say–but it’s the hardcore, doomy love of Rooster Cogburn stabbing a horse in its haunches to save a little girl’s life in the middle of a starry, godforsaken night (jeez, don’t tell me you haven’t seen True Grit). Even on YOB’s latest, 2018’s magnificent Our Raw Heart, the gloom is glorious and the darkness is beautiful and the beauty is in the transcendent will to survive. That these metalheads know how to use major-seventh chords without sacrificing an ounce of heaviness says pretty much everything you need to know.

And, yes, you can stay home and listen to the album (that’s where I’ll be, spinning the remixed, remastered vinyl reissue of YOB’s 2011 masterpiece Atma as soon as it ships in April). But if you can get there in person, this is exactly the sort of music that was made for live performance–metalheads are notorious for investing a lot of time, effort, money, and energy into giant amps and awesome guitars that can send massive sound waves thrumming through a roomful of quivering bodies. And that’s without even getting into the thundering majesty of frontman Mike Scheidt’s knock-you-on-your-keister voice.

This is music you can feel in your bones, dear reader, and if you can manage to get off your ass and over to East Burnside for the Winter Solstice, do it. “Get out of the house!”

If somehow Kim Deal, Dave Lovering, and Joey Santiago had managed to kick Frank “Fax Machine” Black out of the Pixies and then just kept on going through the ‘90s (perhaps rescuing Matt Sharp out of Weezer’s clutches in the bargain), the result might have sounded a little something like singer-guitarist Gabby Holt’s stellar new Tarot-inspired EP The Star and the Devil. Are you ready to feel old? Because this perfectly delicious nineties-sounding stuff is “retro” now.

Anyways, Holt and her kickass band perform at the drumhead-bedecked Mississippi Studios on the 11th, and they must have read Matthew 25:31-46 too–this show is a holiday fundraiser, and they’re donating two bucks of every ticket sold to the Oregon Food Bank. Or you can make your own donation to the food bank (or charity of your choice) and then catch Holt during her five-night residency at McMenamins Al’s Den in Southwest Portland, December 28th through January 1st. Meaning, yes, that you have yet another option for a New Year’s Eve party.

This month, on the 18th, two of Portland’s most successful rappers–Mat Randol and Swiggle Mandela–promote their new albums on a double-header that also features local artists Dub Dynamite and Soul Fiya. Presented by Taking Ownership PDX, a “small-but-mighty community collective of contractors, realtors, neighbors, and businesses brought together by Portland musician, activist Randal Wyatt.”

At this point, do we still call saxophonist-composer Hailey Niswanger an Oregon musician? She’s from PDX, sure, but then spent a few years in Big Bad Brooklyn (and not the one down past the Aladdin and the Arco station) before decamping again to Greater Los Angeles.

But nah, Niswanger’s still an Oregonian to us. She’ll be back in town on the 21st, playing Mississippi Studios with her (ahem) psychedelic jazz band MAE.SUN.

We leave you with two nights of snowy singalong, also at Mississippi. The Low Bar Chorale has been doing its “anyone can do this” thing for six years, undeterred even by Quarantine and The End of the World. This year’s Snow Bar Chorale–featuring LBC ringleader Benjamin Landsverk, Ashleigh Flynn, Arietta Ward, Ruby Friedman, Jim Brunberg, Kasey Anderson, and Andrew Paul Woodworth–happens on the 17th and 18th. 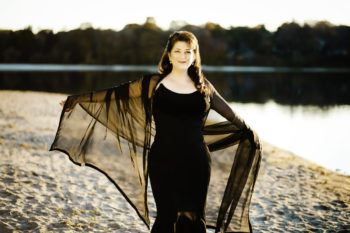 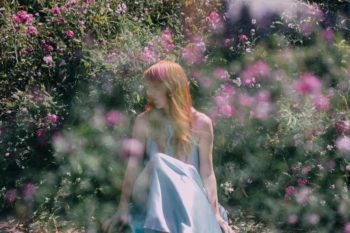