MusicWatch Weekly: Don’t just do something, sit there!

Music in the Time of Pandemic: Turn off the web, put on an album, close your eyes, and listen.

You can thank American Buddhist teacher Sylvia Boorstein for this week’s title: we lifted it from her popular 1996 book about creating your own mindfulness meditation retreat. It took us a moment to track down the provenance of that memorable phrase and its author (whom we only dimly remembered from a version of Powell’s which no longer exists), and in the process we saw a cartoon and commentary that unpacks it all wonderfully. You can read that right here, so for now we simply wish to quote Boorstein’s later clarification of her witticism:

I think the phrase needs notation, like music, to let the reader know where the accent goes: Don’t JUST do something (i.e. impulsively respond) — Think It Over!”

And that’s what we really want to talk about this week, dear reader, as our global pause continues and many of us remain confined to quarters, sitting and doing nothing. Because there’s a problem there: you’re not really sitting there doing nothing, and neither am I. We’re sitting here using the internet.

We’re using it to keep doing what we were doing before (e.g., using zoom for virtual meetings), and we’re using it to do different stuff now that the normal stuff is canceled (e.g., finally learning that second language), and I like to think we’re all getting on the phone and talking to each other more often than we used to. All of that is happening online (even the phone calls), and that’s potentially a problem for all the usual reasons. But it’s hardly fair for a professional writer to complain about his medium, and we do like to think we’re suitably grateful for its many blessings and charms, so we’re not going to harp on it.

On the other hand, dear reader, GTFO. At least part of the time. Go for a walk in the woods, sure, but do cool indoor stuff as well. Bake some banana bread (it’s easier than you think), write a letter to your senator, sit down with that old battered paperback of The Handmaid’s Tale (or the new tie-in copy you bought in a fit of optimistic pessimism), teach your roommate how to sing, pick up a tarot deck or a bundle of yarrow stalks, learn how to quilt. Don’t just sit there, do something!

You see the dilemma–those are all still quite active endeavors, using hands and ears and eyes and feets. We could spend all day searching for a more precise definition of “nothing,” but it’s a quixotic quest because nothingness is a contradiction, which is the point. So your challenge this week, fellow music enthusiasts, is to do a very specific type of nothing: sit down, doing nothing else, and listen to an album.

Remember when we used to do that? With the advent of personal listening technologies music became ubiquitous–and for awhile that was nice. Your daily walk could go dressed in all the spiky pathos of a Bartók string quartet, or all the corny heroic grandeur of a Beethoven symphony, or the dreamy intimacy of a Björk album, or the holy comforts of a Beatles compilation. When you would get a new album (from a “store”), you would take it home and listen to it in one focused sitting, usually with your friends.

Or, if you happened to be too busy to really sit and listen to that new album, or to some other piece of music recommended by a friend (or a music journalist)–well, then you could just put it on in the car, or listen on your headphones while riding the bus or doing homework or handling paperwork or stocking shelves or whatever it is your body has to do for survival while your mind is off in Utopia.

This has led, inevitably, to a situation where it’s normal to use music as nothing more than backdrop: it’s not special anymore. The only time most of us really sit still and listen to music instead of putting it on while we’re doing something else is in the concert hall. Whether that’s the grand old Schnitz or the grubby old Kenton Club, these are places you go to listen to music as your primary activity.

And now that’s gone, at least for awhile. Another thing we’ve all got used to is the visual component of live music–because we have come to depend on the visual component of everything–and thus visuals have helped keep live music special in the era of digitization. Symphony concerts with a more overtly visual feature always seem to do better, whether that’s film scores or special animation or just a famous performer. Same goes for all the local bands who use masks and light shows and cute videos to give their music a polysensory edge.

We’ve been recreating that polysensory aspect ourselves lately, with all the livestreams and home concerts, and that’s been pretty great. We could even go further and get into the habit of studying written musical scores (on physical paper, scrolling pdfs, or in follow-along videos); learning the lyrics to all our favorite albums (writing them out or watching subtitled videos); participating in virtual singalongs; and generally diving headlong into modern hyperculture.

But now is also a good time to retrain your listening habits. It’s probably been years since you stared into space and concentrated all of your mental energy on deeply listening to, say, OK Computer. Try it now!

This may all seem frivolous, but it’s part of the great project of making sure our world remains human. The value of conscious listening is easy to–ahem–overlook, but that rejected stone can be the cornerstone of a more humane society. Pauline Oliveros expressed it best:

Will peace win in the end? Well, either people will move in that direction and stop the violence in their own hearts and minds, or else we will all die and then it will be very peaceful. We should think about this question: what is your relationship to peace? Do you want to live in peace or do you want to live in violence? One of these things we want to do according to my partner and co-teacher in Deep Listening is ‘make peace more exciting than violence.’

That is the process we are attempting.

We close with a brief story before handing you over to Senior Editor Brett Campbell for the latest music news.

A million years ago in antediluvian 1991, David Zinman and Dawn Upshaw recorded Henryk Górecki’s Symphony No. 3 with the London Sinfonietta. It was released on CD in 1992 and proliferated like Bostrom’s paperclips all across the fin-de-siècle culture of the ‘90s, eventually reaching the present author’s truck stereo around 2001.

Somehow, I never got around to listening to that CD. It had been forcibly loaned to me by a college friend, sans case, and the plastic disc bounced around the country in various CD wallets for the next decade or so before finally vanishing altogether. Sometime last year, I stumbled across another copy of this very CD, also sans case, lying innocently on the ground at Portland State University. Immediately I thought of Borges and his spooky idealistic hrönir, and snatched it up. Since I’m probably the last human alive with a physical CD player, I saw it as a serendipitous nudge to finally sit and listen to that damned Gorecki symphony. Into my pocket it went.

Alas, that copy was soon lost as well, this time in a coffee-related incident–so, after all that time, we’re just going to have to login to spotitunes anyways.

And now, here’s Brett with the news:

Well, if the current state of musical suspended animation prevents us from celebrating Jazz Appreciation Month the way it should be — by going out to hear “the sound of surprise,” live jazz being created spontaneously — then we’ll just have to spotlight the recent recognitions accorded to Oregon jazz artists. PDX Jazz named one of Portland’s most venerated musicians, Rebecca Kilgore, as its 2020 Portland Jazz Master. Already a member of the Oregon Music Hall of Fame and Jazz Society of Oregon Hall of Fame, the superb singer has been enchanting the city’s ears for four decades, made more than 50 albums, and won national acclaim as well from the likes of Michael Feinstein and NPR’s Fresh Air.

She joins fellow masters such as her one-time performing partner Dave Frishberg, Darrell Grant, Nancy King, Mel Brown and more in the distinguished lineup. Fortunately, she was able to accept her latest honor and perform at February’s PDX Jazz Festival before the city’s music scene slipped into suspended animation.

The organization also named Nicholas Salas-Harris as its new Artistic Director. The co-founder and director of Portland’s Soul’d Out Festival and the New Orleans Jazz Fest by Night series, he opened Jack London Revue in 2017, which quickly became one of the state’s leading live jazz venues.

The Jazz Journalists Association chose Portland drummer Ron Steen as one of its 2020 Jazz Masters, one of 24 from across the country. Steen grew up in Portland’s storied Williams Ave. jazz scene in the 1970s, toured nationally with the great Joe Henderson and others, and returned to Portland to perform with the city’s top jazz musicians and lead weekly jam sessions since 1983.

One of the world’s great Baroque musicians, violinist and conductor Monica Huggett, will retire at the end of next season after 26 years as artistic director of Portland Baroque Orchestra. A real legend in classical music, Huggett co founded the superb Amsterdam Baroque Orchestra and the ensemble Sonnerie, directed Irish Baroque Orchestra and Juilliard School’s early music program, won some of the field’s most distinguished awards (including Gramphophone and Diapoason d’or) and appeared on more than 100 recordings by the world’s finest Baroque ensembles including the Academy of Ancient Music and English Concert. The organization will name a successor next spring.

One of the world’s leading proponents of the beautifully subtle keyboard instrument the clavichord, Joan Benson, died in January at age 94. The longtime Eugene resident taught at Oregon and Stanford, made many recordings in Eugene, and helped bring the music of CPE Bach back to public prominence.

The virus crisis claimed another victim: the 2020 Siletz Bay Music Festival, which will return in June 2021 to celebrate its tenth anniversary and significant birthdays of Beethoven, Charlie Parker, Dave Brubeck, Stephen Sondheim and Peggy Lee.

Portland’s My Voice Music and its founder/director Ian Mouser were chosen as one of three recipients of the Lewis Prize for Music Accelerator Award. The $500,000 contribution will help the organization: build a new state-of-the-art recording studio and music center in East Portland; create pilot and support programs at mental health treatment facilities, juvenile justice facilities, migrant detention centers, and residential programs for survivors of trauma throughout Oregon; and edit, design and publish a “Manualfesto” which will be available to teaching artists and organizations state-wide, and eventually nationally and internationally.

Portland’s Foris Choir named soprano Lynn Mendoza-Khan as its new lead conductor. She comes to the organization after 10 years directing a church choir in San Diego.

New Yorker music critic Alex Ross named the Oregon Symphony’s 2011 Spring for Music performance at Carnegie Hall of his personal classical music highlights of the past decade. The “Music for a Time of War” program was later recorded and released on PentaTone records. 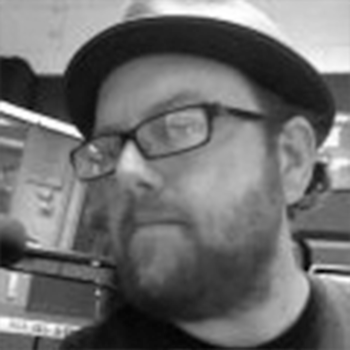