Cannon Beach is known for the many art galleries dotting its ocean-view avenues. Now local culinary aficionados want to bring visitors’ attention to another kind of art – the kind that happens in the kitchen — while paying tribute to a cooking pioneer.

The North Coast Culinary Fest kicks off May 10 for a weekend of workshops, fine dining and a night  market – all honoring legendary chef James Beard, with proceeds supporting the Seaside High School culinary arts program.

“We want folks get to know the artists in our kitchens better,” said Lenore Emery-Neroni, co-owner with husband and chef Bob Neroni of EVOO Cooking School. “It’s been a long time coming.”

Beard, whom The New York Times dubbed “the Dean of American Cooking” in 1954, had a long history with the North Coast. He was born in Portland in 1903, and his family summered in Gearhart. An advocate of using fresh, local ingredients before doing so  became commonplace, Beard later taught cooking classes in Seaside, which helped inspire the Seaside High School culinary class.

For Beard fans, the highlight of the weekend will no doubt be the opportunity to attend a Champagne Reception at the Beard family’s former summer home. It’s a small party Saturday afternoon with tickets on a first-come, first served basis. The home, a small cabin, still features the Beards’ three-element electric stove. The stove now sits in a special alcove dedicated to Beard.

The James Beard Foundation website notes: “James Beard laid the groundwork for the food revolution that has put America at the forefront of global gastronomy. He was a pioneer foodie, host of the first food program on the fledgling medium of television
in 1946, the first to suspect that classic American culinary traditions might cohere into a national cuisine, and an early champion of local products and markets. Beard nurtured a generation of American chefs and cookbook authors who have changed the way we eat.”

Beard attended Portland’s Reed College but was expelled – a slight he attributed to his homosexuality – and initially studied voice and theater before happening into the food scene to supplement his floundering acting career. He wrote his first major cookbook, Hors d’Oeuvre & Canapes, in 1940.

While his career thrived on the East Coast, Beard never forgot his home state.

“After he moved to New York City, he became more philosophical and talked about the wonderful memories he had of foraging here, of digging for clams,” Emery-Neroni said. “Razor clams are not the easiest to dig, and his mom was an expert.”

Beard died in 1985 at age 81. His ashes were scattered at Gearhart Beach.

Festival workshops range from $25 to $50 and include: conversations on beer and seafood pairings; the step-by-step process of whiskey-making; the fine art of making artisan French bread; a lesson in making white chiffon cake with rosette pipe frosting and buttercream flowers; a how-to on locating, identifying, gathering, and processing locally foraged foods; the pairing of cheese with wine, beer, or cider; and a course on tea, including brewing techniques.

At the Saturday evening James Beard Celebration Dinner, local and Portland chefs will present their dishes, then mingle with diners to share their inspiration for the food.

“Nobody was supposed to do a James Beard recipe, per se, but use the products that are indigenous here and were his favorites,” said Emery-Neroni.

That evening, the Night Market will feature tastings from local vendors, a no-host bar, live band, and dancing. Admission is $15.

The weekend closes with Sunday brunches around town — in celebration of Beard and Mother’s Day – followed by a screening in Seaside of the documentary James Beard: America’s First Foodie.

Emery-Neroni noted the brunches share one common ingredient: “All the restaurants that are participating are serving one course with biscuits, because biscuits were Beard’s favorite thing.” 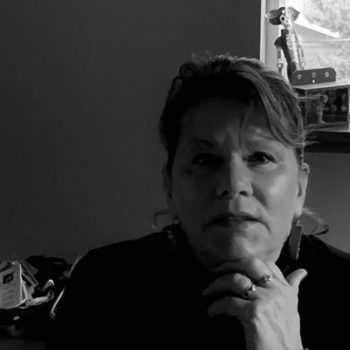