File this one under "to see": Director J. Rick Castañeda and Portland-based composer Nick Jaina talk with Marc Mohan about their new film comedy.

Office comedies are a dime a dozen, from, well, the BBC’s (and NBC’s) The Office to, well, Mike Judge’s Office Space, to the surreal, high-concept nightmare of Apple TV+’s recent Severance. Very few, however, employ as bizarre a concept as All Sorts, the Northwest-made indie comedy having its Portland premiere on Saturday, Sept. 24, at the Clinton Street Theatre. (Severance, it must be admitted, is one that does.)

All Sorts starts off ordinarily enough, as a humble, aimless schmo named Diego (Eli Vargas) interviews for a job as a clerk at a company called Data-Mart (slogan: “We Got Data”). His excitable, pompous boss Vazquez (Luiz Deveze) is blown away by Diego’s 55 wpm typing skills, and soon he’s ensconced in his own cubicle, initially sans computer.

The absurd touches come fast and furious, from the desk calendar with impossible dates like April 31st in random order to the spoon that mysteriously dissolves into a cup of coffee. (Diego ends up trading twenty Payday candy bars to an enigmatic figure in order to obtain the computer he needs.) Not everything is so intimidating at Data-Mart, most notably Diego’s fellow drone June (Greena Park), who he instantly crushes on.

June, it turns out, is astonishingly fast at sorting folders into filing cabinets. (The focus on paper record-keeping is in line with All Sorts’ setting, which seems to be the mid-1980s.) It’s her superpower. So when Diego learns about an underground file-sorting competition that takes place after hours, he recruits her into something that feels like Michel Gondry directed Fight Club from a script by Franz Kafka. But funny.

Shot entirely in eastern Washington, All Sorts is the second feature from writer-director J. Rick Castañeda, who has a deadpan visual style and an ability to get the most out of his cast. The score is composed by Portlander Nick Jaina, and both will be in attendance at Saturday’s screening. I spoke with them recently about the film, and edited portions of that conversation follow.

OREGON ARTS WATCH: Rick, All Sorts is clearly inspired by your personal experience. What in particular led you to transform office drudgery into such an offbeat world and story?

RICK CASTAÑEDA: I went to film school hoping to make movies and write scripts, and then I couldn’t find any jobs that were at all creative, so I applied for a job as a writer at a law firm. I thought it could be interesting, but they just wanted someone who could do find-and-replace in Microsoft Word. It was very boring, and I thought “This could be my entire life.” Maybe this is the ‘real world’ that people talk about. And maybe they’re right—if I believed that I deserved that, or if there weren’t any other alternatives for me, I’d still be there now.

OAW: When did you realize that you weren’t cut out for that life?

RC: After my first week there, I rode the elevator down with some co-workers. One guy turned to me and asked what I thought of my first week. I tried to be diplomatic and said it was pretty good, and he said “You hate it.” And said “Well, it’s not my dream job.” And he said, “It’s okay, we all hate it.”

OAW: How did that experience inspire the film?

RC: The nice thing about that job was that it didn’t take much time to do the actual work, so I had time to write. I started writing about what was happening in the cubicles, and I realized that all my stories had some sort of magical element in them. I was writing all these magical escape routes from my existence. One of the stories was about June, who’s a really fast filer. She was so good at this tedious office work that she went professional with it. I really liked the image of two people in a dark basement, surrounded by people chanting and holding up money, but instead of a dogfight in the center it’s two people filing folders. That stuck with me for a lot of years.

OAW: How did the two of you meet and become collaborators?

NICK JAINA: I was touring the country with a band, and the violinist is actually Rick’s cousin. We would go through L.A. and play the shittiest bars, and Rick would always come out and see us. Eventually, he started to ask me to score some little things he was working on, and we got along well. We had similar experiences of feeling like a weirdo in the straight world and trying to express some sweetness in the midst of all this weird abrasiveness.

OAW: How did you try to match the tone of the film in the soundtrack?

NJ: You start first with a palette of sounds. What sort of sounds would make sense in this world. I used Old Casio keyboards, rudimentary blip-bloops, “flute” and “violin” sounds like from old Nintendo games, and trying to craft sweet little themes out of those. There’s some piano, but it’s a pretty small group of instruments. I kept trying to think of what kind of music someone would make while sitting in a cubicle, while trying not to disturb anyone near them. Weird, but polite.

OAW: I hate to pry, but what was your budget?

RC: That’s a little hard to answer, because there’s three answers. There’s how much money we actually spent, for one. But I also own a production company, so a lot of stuff, like post-production, was paid for by my company. And I don’t have a really good idea of how much money that is. I could safely say somewhere between $100,000 and $200,000.

OAW: Well, it looks quite good, especially considering that number.

RC: Part of that is that we filmed in central Washington, and we got an incredible deal on the office where we filmed. It wouldn’t have been possible in western Washington or Oregon, or anywhere in California, just because office space is expensive. They believed in us and let us stay there for a month for a very small amount of money.

OAW: Another impressive aspect was your cast, who were almost uniformly committed and quite funny. What was the casting process like?

RC: We cast in Los Angeles, Seattle, and central Washington, in the small town that I’m from, Granger, which is 2,500 people. The actors who play the repairman and Dagmar both came from that casting session, and one of the announcers for the filing competition is a local radio deejay. A few actors came over from Seattle, and our three main leads all came from Los Angeles. A lot of our actors understood that the best way to make something funny is to play it straight.

OAW: This is the second feature you’ve made in central Washington. Is your intention to get back to L.A. and work there, or does the idea of being the John Waters of the Yakima Valley appeal?

RC: It really depends on which project starts to have a mind of its own. I definitely have projects I could make in the Yakima area. I have other projects that it would make more sense to film in L.A., especially if we can get a star attached. We’ve also been doing a lot of virtual production lately, with [Twitch streamers] The Sushi Dragon and Code Miko. She’s a virtual streamer and has a whole-body rig with a face capture camera. She streams live in a virtual world with CGI and everything. So the next project might be made from everywhere, or from nowhere.

OAW: Next, however, is the upcoming screening at the Clinton Street Theater. Nick, as a Portlander, I assume you had something to do with that?

NJ: I’ve been pushing them to do a Portland screening for a while, so I’m excited to go there and be a part of that.

RC: And then the movie will be out on VOD through Amazon, Apple TV, Vimeo, and Google Play on October 5th. 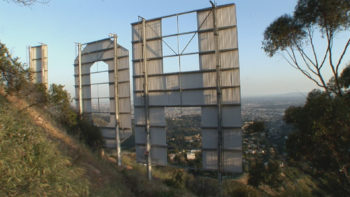 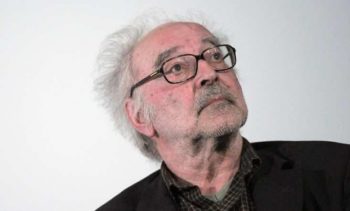