Oregon College of Art and Craft terminates its degree program

The Oregon College of Art and Craft board of trustees has announced it will “terminate all degree programs” at the college at the end of this academic term. “May 19, 2019, will mark the commencement ceremony for the final graduating at OCAC,” according to a statement released by the college.

The college has hired a commercial real estate broker to begin the process of selling the 8.6 acre campus on Southwest Barnes Road, which is valued at $13,840,620 according to its Washington County Tax Assessment. But the board is still “actively considering” various alternatives for the organization going forward, including selling the campus, leasing it back and continuing its legacy of craft education that goes back to 1907. Those alternatives, however, won’t include a future as a degree-granting arts college.

“We are making this decision because we explored other opportunities and couldn’t find a solution,” said Jiseon Lee Isbara, the college’s interim president. She said that the college’s sustained deficits during the past decade, “since the most recent financial recession” in 2008, had nearly exhausted the funds of the OCAC foundation, which had covered previous deficits. Those were substantial, according to the college’s 990 forms: more than $500,000 in the fiscal year ending in June 2013, $430,000 in 2015, and more than $685,000 in 2017, the last year I have available.

Isbara and board member Jeanine Jablonski said that the college had explored various ways of leveraging its campus property, but none of them had penciled out.

Isbara also noted the difficult national environment for small arts colleges, marked by decreasing or flat enrollment rates and increasing expenses. Until this year, Pacific Northwest College of Art had seen its enrollment drop since 2010, and Cornish College of Arts in Seattle just announced a 20 percent tuition reduction (from $40,442 to $32,160) in response to declining enrollment. Cornish has 625 students, and PNCA is just under 600. And Pacific Northwest College of Art had a budget deficit of nearly $2,000,000 for the fiscal year ending June 2017, according to its 990 form.

OCAC serves 137 students, with around 50 due to graduate in May. It has begun transition planning for the remaining 80 in its degree program. “We want to help them transfer to a different school,” Isbara said, “find the next place.” The 70 full- and part-time staff at the college were being notified today. Many of them have taught at OCAC for more than 30 years, according to Isbara and board member Jeanine Jablonski, who graduated from OCAC in 2001 and who is the owner and director of Fourteen30 Contemporary in Portland.

Isbara joined the faculty of the college in 2003 and served as the dean of academic affairs before becoming interim president after former president Denise Mullen resigned in September 2018.

Since Mullen left, OCAC has entered into merger and acquisition talks with both Pacific Northwest College of Art and Portland State University. Those negotiations ended without a deal.

In addition, the college fielded an offer from developers Jim Winkler, whose son Jacob Winkler is a board member of OCAC, and Bob Niehaus to purchase the OCAC campus and then lease it back while it considered its future. The deal also included a buy-back option, Winkler said. Isbara said that the Winkler and Niehaus offer is still under consideration.

OCAC’s history goes back to 1907 when it was founded as the Arts and Craft Society. In 1979, it moved to the Barnes Road campus, a former filbert orchard donated by Howard and Jean Vollum, with buildings designed by John Storrs and grounds by landscape architect Barbara Fealy (who also worked on the nearby campus of Catlin Gabel School, among many other iconic Northwest sites). It became a degree-granting college in 1994, offering a Bachelor of Fine Arts in Crafts degree. In 2011, OCAC earned regional accreditation by Northwest Commission on Colleges and Universities, an important milestone, and in 2013 it launched its Master of Fine Arts in Craft program, graduating its first class in 2015. 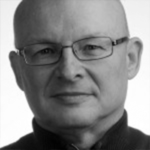