Last year’s music roundup first looked homeward. ArtsWatch’s 2017 music coverage focused, as we have from the outset, on our state’s creative culture: music conceived and composed in Oregon. We touched a lot of other bases, too of course, and homegrown music remained a touchstone our 2018 coverage and this recap.

But as with other Oregon artists this year, Oregon music increasingly gazed outward — and often askance — at our nation’s continuing descent into turmoil, division, lies, and political corruption, starting right at the top and oozing down. Therefore, so did much of our music coverage. So we’ll start with what ArtsWatch’s David Bates called…

Lawrence Brownlee preview: a journey
In a Friends of Chamber Music recital, the celebrated tenor sings a Romantic classic and a new, timely composition about America’s most pressing crisis
Damien Geter, April 2

Besides addressing today’s social issues, another trend among some classical music organizations in 2018 was updating their presentations by augmenting music with other art forms such as theater, literature, visual arts, and more. At ArtsWatch, we try to provide constructive feedback on how these often experimental productions worked, so we can help risk-taking artists move forward into unexplored territories — without leaving the audience behind.

Designing ‘Faust’
In Portland Opera’s new production of Gounod’s classic, visual artist John Frame relies on collaborators to bring the audience inside the mind of the man who made the original deal with the devil
Paul Maziar, June 8

As we noted last year, the primary focus of ArtsWatch music coverage remains original music composed by Oregonians, and it was a treat to see so many local institutions, not just stalwart Cascadia Composers, presenting so much of it in 2018. Here are just a few of our many stories about homegrown music.

Classical music’s backward looking fetishization of the past — actually a relatively recent phenomenon that started in early 20th century America and can’t end soon enough for us — continued in 2018 in Oregon, and has also infected jazz. Not that old music shouldn’t be revived and preserved, but it stays relevant to today’s audiences when combined in programs with non-token contemporary sounds, as, for example, the Oregon Symphony, Chamber Music Northwest, and non Oregon baroque music ensembles are doing more often. Here are some of the many 2018 concerts we covered that combined music of past and future in various ways.

Of course, many Oregon classical and jazz concerts did focus primarily on the past, and ArtsWatch responded with stories that explored their relevance (or lack thereof) to today’s audiences.

‘Orfeo ed Euridice’ review: back from the dead
Portland Opera creates a new production of Gluck’s masterpiece that the composer himself might have enjoyed
Bruce Browne And Daryl Browne, August 2

ArtsWatch writers interviewed lots of musicians this year, getting the inside view of making music.

Imani Winds: celebrating the differences
Chamber Music Northwest brings the renowned wind ensemble back to Portland this week as its artists in residence
Brett Campbell, April 16

Joan Tower: ‘The voice is in the risks’
The esteemed American composer, in Oregon for Willamette Valley Chamber Music festival, talks about music, teaching, risk-taking, and the future of classical music (not)
Matthew Andrews, August 10

Unlike most pop music, Oregon classical and jazz music tends to be presented by institutions, and ArtsWatch provides one of the state’s only journalistic institutions that regularly assesses how they’re serving listeners — a vital service to both the community and the organizations themselves. 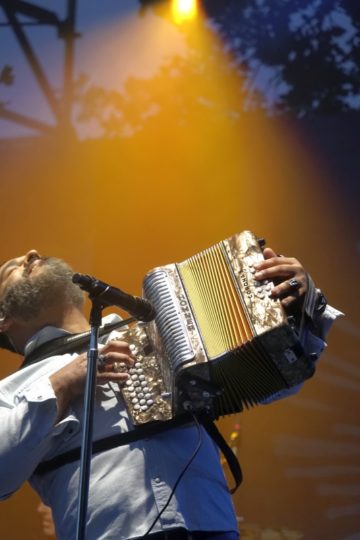 We realize this recap represents only a fraction of our own coverage and of Oregon music. (Many other music stories are listed elsewhere in our year-end wrap ups.) We’d love to cover more shows and musical genres, respond more quickly, expand our ambit — and we can only do it with your support. If you’d like us to cover Oregon music better, help us do so by clicking the button below.