Pacific Islander arts and health converge in one outdoor event in Hillsboro.

The festival is the brainchild of Manumalo “Mālō” Ala’ilima, the executive director of UTOPIA PDX,  in collaboration with Oregon Pacific Islander Coalition.  Roberts talks with both Ala’ilima and the OPIC’s Kumu Leialohaokeanuenue Ka’ula, who has also brought childhood friend Kalani Peʻa to perform at the festival. Pe’a is a two-time Grammy-winning singer and musician.

In Oregon, Pacific Islanders, who are often essential workers, have been affected disproportionately by COVID-19 and have had the highest rates of infections. According to data from the Oregon Health Authority July 2021 report, the rate of hospitalization is the highest, at 14.1%, compared with white populations, at 11.7%.

The Pasifika Unity Festival is a broad effort to combine music, food, crafts, and a general community health fair with a vaccination effort that guarantees a $100 gift card to the first 200 people who get COVID-19 vaccinations. The event organizers are expecting Pacific Islanders throughout Oregon and Washington to attend this first of what’s planned as an annual event.

In the first half of this podcast you’ll hear…

“We’re really fortunate that we have a huge advocacy platform in the Left Coast states where it makes it possible for people like me to even exist. And then you add the experience of the pandemic of COVID-19. It’s almost like many of us had to step a bit back in order to make sure that the greater Native Hawaiian and Pacific Islander communities’ basic needs were met in terms of the pandemic. Economically, people were being impacted. People lost jobs. People had their hours reduced. People were having to find housing before the rental moratorium. And so there were, you know, many, many barriers, but basic survival instincts. We had to survive first, before we can think about having gender-affirming surgeries, we just had to live for.”

As a kumu (hula master teacher), Leialohaokeanuenue Ka’ula enlisted her childhood friend Kalani Pe’a to come to Oregon to debut his new album as part of this vaccination effort. As an organization, the Oregon Pacific Islander Coalition (OPIC) also saw this as a priority and was eager to partner with Ala’ilima and UTOPIA PDX on this festival.

Ala’ilima says the event will bring Pacific Islander families together. The youth especially are eager to show off their cultural art forms.

In the second half of the podcast…

Grammy winner Kalani Pe’a debuts two songs from his new CD as he talks about how the Pasifika Unity Festival will be his first concert event in the last 18 months.

“My concert was February 27th, 2020, and when we were there, New York City experienced a thousand cases a day. We left by March 1st to come back to Hawaii. I told my band to wear your masks on the plane, sanitize your hands. There are things going on. This COVID thing is a big deal. And it became a big deal. Then New York became the epicenter of it all. And I shed some tears while singing, because I knew in my heart that I would have been the last concert at Lincoln Center in February. And I was the last live audience concert. I shed some tears. I cried because I knew that I would be on a long break.”

As a singer/musician whose living depends on live performance, Pe’a says he spent the down time writing new music and producing a new album, which he will debut at the festival. His greatest joy is sharing his love of Hawaii with an audience.

“And Hawaiian music truly identify and exemplify and define who we are as people of the Islands. … I grew up at all of this, with the snow on Mauna Kea. I wrote about the snow goddess, comparing her beauty to my mom. We write about places and people we love and people can connect with us from Portland, from Japan, from New York. They come to Hawaii because they tell each other that Hawaii is not only the ‘Aloha’ place, but it’s literally the heart of the world of the Pacific Ocean. People want to embrace with our culture and our perspective. And when I sing about Hawaiian music, about people in places I love, when I write music about people and places I love … the biggest reward for me is to hear the audience, have that personal connection with me.”

More about the podcast guests:

Manumalo “Mālō” Ala’ilima identifies as fa’atāne (“in the manner of a man” in Samoan) and uses they/them/he/him pronouns. He is Samoan and of Tongan descent. They also have extensive community organizing and nonprofit leadership experience. Malo is a co-founder and first Executive Director of UTOPIA PDX.  Malo also is the regional lead for Oregon on the National Pacific Islander COVID-19 Task Force and lead of their Data and Research Council. Malo was educated at the University of Southern California, majoring in political science with a minor in public policy and management, and came to the UTOPIA PDX Executive Director role in April of this year after having worked for more than fifteen years with the American Red Cross Biomedical Services in several functional areas and having lived in different regions. They have a small family with their amazing, lovely and supportive partner Elizabeth and their brilliant and energetic four-year-old Lily.

Kumu Leialohaokeanuenue Ka’ula is an educator, motivating facilitator,  community leader, a kumu hula (hula master teacher). Haʻahaʻa (humility), ʻohana (family), and aloha (love) are values that were instilled in her at a very young age. Leialoha was born on the Island of O’ahu to a family of cultural historians and entertainers. Growing up in a family with deep roots in the Hawaiian culture meant she embraced her home and used that guidance to pave the journey she lives everyday. When she was eight years old, Leialoha moved to Moku O Keawe; as a connection to her grandmother, she chose to attend Ke Kula ‘O Nawahiokalani’opu’u and immersed herself in the Hawaiian language. She is a proud graduate of the class of 2001. This accomplishment is in dedication to her grandmother. As recipient of the Bank of Hawaiʻi Century scholars and Princess Pauahi Foundation scholars, she followed her dream of higher education in the Pacific Northwest after high school. In 2009, Leialoha founded both the nonprofit organization ʻO.H.A.N.A. Foundation and Hālau Ka Lei Haliʻa O Ka Lokelani in Aloha, Oregon. She honors her grandmother as cultural and language educator in the Portland Public Schools, and as a kumu hula she answered the call to spread the history of Hawaiʻi through hula. 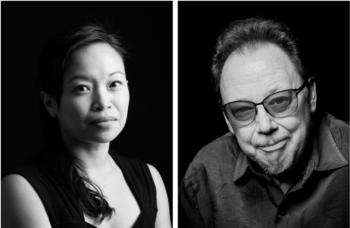 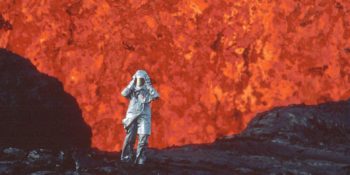