Aspiring poets who struggle either with writing or getting published should take heart from the example of Alice Derry. She doesn’t consider herself a natural; a teacher even once “shut down” her work in school, she said. But she discovered early on that poetry provided her with “necessary oxygen,” and she made it her life’s work.

On Saturday, Derry will lead a workshop at the sold-out Terroir Creative Writing Festival in McMinnville on “Writing the Political Poem.” Many of her poems are political in nature, with topics that range from the psychic scars left by Nazi Germany to the Sandy Hook school shooting. Derry’s approach, according to the workshop notes, is to “begin with the personal and vulnerable, and then reach out, drawing honest and authentic parallels.”

Derry’s “personal and vulnerable” approach is evident in her work, which includes six poetry collections, the most recent of which is Hunger, published in 2018 by Tillamook-based MoonPath Press. Prior to corresponding with her this spring, I sat down with Hunger and then later with an earlier collection, Strangers to Their Courage. This book, according to her website, was “distilled from more than thirty years of experiences with the Germans and their language” and explores the meaning of “her investment in a population compromised and reviled” by 20th-century fascism and the Holocaust. Poems in this collection are based in large part on conversations with relatives who lived in Germany during World War II. The book was a finalist for the 2002 Washington Book Award.

Derry is an Oregon native raised in Montana and Washington, where she taught writing and German at Peninsula College in Port Angeles, Wash., for 30 years before retiring. Her work has appeared Southern Poetry Review, Ploughshares, Prairie Schooner, Portland Review, The Seattle Review, Hubbub, Crab Creek Review, and Raven Chronicles. She also can lay claim to having had Raymond Carver say this about her first manuscript, Stages of Twilight: “I felt she was writing about real things, things that counted. Her poems seemed honest in their conception and execution — they made a claim on my interest right away. I would even say they made a claim on my heart.”

Over a period of several weeks, Derry and I had an email “conversation,” the text of which appears below, edited for length and clarity:

Derry: I first read poetry at home in 101 Famous Poems, a book my mother favored. By college, I was reveling in Emily Dickinson and Walt Whitman, writing a paper on Crossing Brooklyn Ferry,  still a favorite poem of mine. Like many teenagers, I began writing to express that angst of approaching adulthood. But I didn’t seek help with the writing or express any desires about writing to anyone. I lived in rural Montana, where cultural experiences outside of our church were rare. A high school English teacher shut down the poems I wrote in his class.

I went to Germany as a junior in college, got involved in activism. I started teaching high school and one night, a friend asked me what I wanted to do with my life. She was probably trying to figure out what to do with her life, but the question came as a kind of epiphany, and I answered right away: Write poetry. After that, I enrolled in classes, did some reading, but not enough, but began to pursue my path consciously.

What did that involve?

I enrolled in Warren Wilson’s MFA program and began to read poetry seriously. I attended readings. Galway Kinnell, Robert Bly, Tess Gallagher. It is interesting to me that I came to poetry consciously, mostly through desire, and not through an inherent love of language, which most poets cite. My first book of poems involved a 10-year process of reading, writing, revising, revising, revising.

I have never considered myself “a natural.” But once I had established this way of living, I could only find my necessary oxygen within it. I am unable to stop writing poems now. There are periods of silence, of course, but poems keep knocking, and I have to answer. 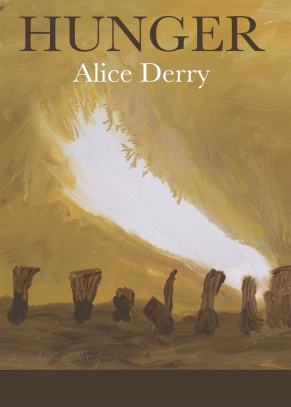 It occurred to me reading Hunger that along with everything else poetry is “for,” it can also be very much about bearing witness. And certainly, there’s much to bear witness to today. How do you approach “political” poetry differently from poetry that has no intended political content?

My major point at the workshop for Terroir will be that most poems indeed are political poems. I don’t approach poems which bear witness differently from any other poems I write. I write the poems which I’m given, and because of my early background, I’m given a lot of poems which bear witness. But to me a poem about the beauty of the Elwha River is as much about bearing witness as one about acid being thrown on women. I think the personal is the way to approach bearing witness without appropriating or standing outside and judging. “How am I part of this event” would be my approach. What is my involvement? How must I also be vulnerable and humbled? I didn’t invent this. William Stafford pioneered all this.

“The personal is the way to approach bearing witness.” Obviously, there’s much going on to confront, but I’m wondering how this works for a poet who wants to explore, say, the separation of immigrant children from their parents, because it’s something that resonates deeply with them even though they may have no personal connection to it — i.e., it’s something they know only through media accounts.

You ask the salient question. If we take Stafford’s position that every poem (because it takes a position) is a political poem, we avoid this issue altogether. Write well, Colson Whitehead said last week at AWP. If you get it right, no one will question you. Writing a political poem is no more a call for sloppy writing than writing any other form of poem.

In Hunger, I have a poem, BreakUp, which is my answer to your question. I present how I feel when I feel helpless to help my child and then try to understand how the parents in the shooting at Sandy Hook might feel. All parenting is a trip into extreme vulnerability, no matter what the issue. Once the world can hurt your child, your ability to act is fraught with danger. I have written poems from newspaper accounts as well, but I have involved myself as much as I could. It’s the standing outside and judging others which makes the problem. And white, middle-class folks have to understand that not all material is theirs, no matter how they feel. They think they are the arbiters of the world, but they are not. 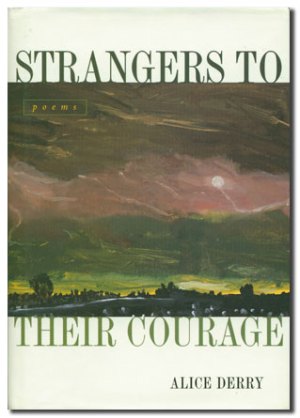 I’m thinking about Strangers to Their Courage, which obviously is about bearing witness, in the context of our present historical moment. I’m wondering what is the role and responsibility of an artist in times of political reaction and barbarism?

The role of the artist at any time is to speak out (since words are our medium) in every way possible against barbarism and genocide and injustice. Of course, a poem has to remain a poem, not an essay. Also, it’s OK to write an essay. Adrienne Rich’s Essential Essays, released in 2018 from Norton, is a course in what the poet should be doing. That’s why I get so exasperated with self-indulgent, whining poetry.

The question occurs to me after hearing on the radio former Homeland Security Secretary Kirstjen Nielsen (in an interview from earlier in her tenure) talking very animatedly and even happily about how it’s appropriate that immigrant children should be taken from their families. Then I thought about your essay in Strangers to Their Courage, about Germans who knew what Nazism meant for Jews but did nothing.

Well, Nielsen and her superiors are not any different from the Nazis. It’s so convenient to look at someone else’s guilt and feel self-righteous. And the Germans are an easy target because their crime was large and horrific. They will be permanently changed always from these acts, but guilt is a complex emotion.

Looking to our own genocides might be more useful for us (let the Germans deal with theirs). I wonder if Nielsen is a mother. How could a mother suggest another mother should be parted from her child? You’d have to see the people as non-human first and that’s the first step in genocide. Trump is good at that first step, and Nielsen was let go because she is not tough enough. People sleeping on gravel under a bridge fitted with razor wire with bird shit falling on them and no blankets? Sounds like Nazis to me.

You’re giving this workshop Saturday at the Terroir Festival, which is sold out. I’m wondering, for those who weren’t able to get in this year, but particularly for those who maybe aren’t able to afford a writers’ conference, any advice? Beyond practice, what can poets do to improve their art?

A colleague and I have given several free workshops in Port Angeles. We should be doing more. Those are available in many communities (especially a city like Portland) from time to
time. If the writer is a person of color, organizations are set up to help them get access. I think AWP was starting a series of workshops for homeless people around Portland, an after-conference activity.

Is there anyone whose work you’re reading now or have finished recently that you’d like to mention, someone who deserves a wider audience we may not have heard about?

I was wondering if any of the epics many of us encountered in high school or college — Homer, Dante, Milton, Beowulf, etc. — are a favorite of yours, ones you return to? And why?

I reread The Odyssey in 2007 when my family took a trip to Greece. It’s a wonderful piece. I taught The Divine Comedy a couple times. Shakespeare tops them all, Hamlet and Lear being my favorites. All Shakespeare’s plays are written in blank verse, so they are indeed play/poems. His use of the language is still supreme.

THERE’S MORE POETRY to be had in McMinnville: On top of everything else poetry-centric that’s going on in Yamhill County this month, Linfield College has added a reading: Christopher Keaveney, who teaches Japanese at the McMinnville college, will read from his collection, The Boy Who Ate Nothing But Sonnets, at 7 p.m. Thursday, April 18, in the Nicholson Library at Linfield. The collection, according to a press release, is “based on the premise that poetry provides critical nourishment during challenging times.”

ARTS JOURNAL: Thinking about immigration and poetry, here’s one to look for: Jose Olivarez’s Citizen Illegal, published in 2018 by Haymarket Books. The McMinnville Public Library, which is great about acquiring new poetry collections, got it and I pounced. Powerful stuff. Also, those looking for musical optimism that nevertheless acknowledges our present social difficulties ought to check out Stay Human, Vol. 2 by Michael Franti & Spearhead. I’ve listened to it several times now. One song even achieved earworm status for a while. 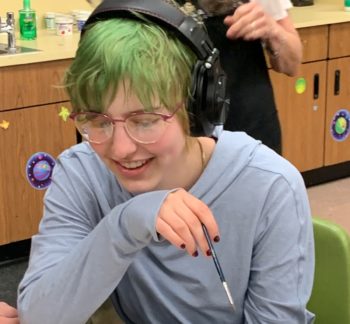 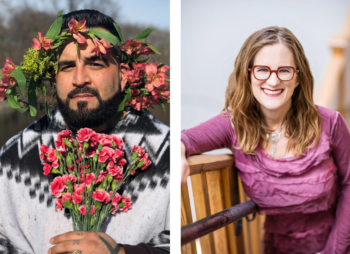 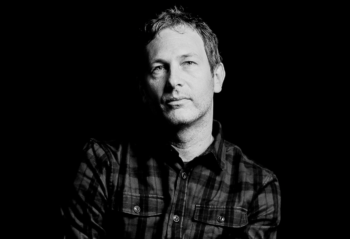