Portland Book Festival: Sometimes too much is a good thing

Katie Taylor previews this edition of Saturday's Portland Book Festival, with its nine stages and more than 100 authors.

Literary Arts will pitch a big tent in Shemanski Park on Saturday, November 9, and it will be full of authors and the readers who love them.

“We needed a bigger space and we were using all we had, so we made a new one,” said festival director Amanda Bullock.

This is the fifth year Bullock has organized the festival, more fully realizing her guiding ethos for the event each time. “We want to be a festival for every kind of potential reader. Diversity of voices is important—age, gender, ethnicity, where they’re from, where they are in their career, what their genre is. The density of the festival is a great way to fulfill that dream.”

With that principle in mind, the Festival has added a new genre this year: romance. “It’s an amazing genre,” Bullock said. “People think of romance as Regency bodice rippers, but there are a lot of really modern stories being told through this genre today.” A panel called “Royal Romance: Modern Love Stories” features New York Times bestselling romance writers Jasmine Guillory and Casey McQuiston, whose recent releases both feature royal affairs. The event is moderated by McKenzie Kozman.

A recent National Endowment for the Arts survey points to rising interest in poetry, especially among younger adults, and there’s plenty for these readers to delve into at the Festival. “We have more poets than ever,” said Bullock. “Some are writing in non-fiction and other genres too.” There are some big names on the overflowing poetry roster this year, including poet and essayist Paisley Rekdal; poet, critic and memoirist (and Portlander) David Biespiel; and poet and essayist Sally Wen Mao.

As always, there are major speakers sure to draw big crowds. Appearing back-to-back in the morning at Schnitzer Concert Hall are journalist and author Malcolm Gladwell, known for his unique take on the social sciences, and Ambassador Susan Rice, whose new memoir, ‘Tough Love,’ candidly recalls her career in diplomacy and foreign policy, including her time as national security advisor to President Barack Obama.

Focus on the diamonds though and you could miss some hidden gems. It’s unfortunate that “Aftermath: Poetry Confronts Politics,” with Biespiel, Brenda Shaughnessy and KMA Sullivan happens at the same time as Ambassador Rice’s appearance. These two events could have made an intriguing double feature.

Bullock acknowledges this as one of the downsides of a slate of events designed to generate Fear of Missing Out. She counsels flexibility. “Look at the program ahead of time and pick out a couple of things you want to see, but be open to serendipity,” she said. “You might find your new favorite author or book.”

One of the best ways to tumble onto some serendipity is the series of intimate popup events that pair written work with the art hanging on Portland Art Museum walls. There are 60 popups planned this year, featuring voices as diverse as fine artist Stephen O’Donnell and veteran suspense author Phillip Margolin. Many of this year’s popups will take advantage of an exhibit of works by conceptual artist Hank Willis Thomas currently on view at the art museum.

Asked what she thought might be the sleeper hit of this year’s program, Bullock suggested “Home Cooking: New Classic Cookbooks,” which features John Becker and Megan Scott’s long-awaited update of Irma S. Rombauer’s 1931 classic, Joy of Cooking and Andrea Nguyen’s Vietnamese Food Any Day. The event is moderated by Liz Crain, co-author of Hello, My Name is Tasty.

Always a friend to families (the stage at the Oregon Historical Society is totally dedicated to kids), the festival has added craft activities this year. In the outdoor area near the kids’ stage,  there will be a photo booth, a chance to learn handicrafts, like origami, and a reading area for tired parents and little ones.

Make the most of Portland Book Festival 2019: Tips and Tricks

Study the map: Portland Book Festival’s nine venues are all within easy walking distance of each other, but it’s good to know where you’re going. Literary Arts provides a handy map.

Plot your course: The complete Festival schedule is available online. Since most guest authors will make more than one appearance, you can schedule breathing room into your day and still catch your favorites.

Get your shop on: The ever-popular Book Fair will expand this year to occupy both the Fields/Sunken Ballroom at Portland Art Museum’s Mark Building and the Sculpture Garden outside. This year, Powell’s Books also sponsors a Festival Bookstore in the Kridel Ballroom at the same location. There will be plenty of dining choices from 12 food carts parked near the Sculpture Garden, including local favorites like Whole Bowl and Pip’s Original Donuts.

Register in advance for writer workshops: Most of the writer workshops are not included in the price of your Festival pass, and any of them could fill up before the big day. Secure your spot by registering early!

Start the party early: Partner events are happening all week leading up to the Festival, including a lit crawl, movie screenings and two episodes of Live Wire.

Cope with what you might have missed: The Archive Project, a joint effort by Literary Arts and Oregon Public Broadcasting, features live recordings of past Literary Arts events you can hear on demand. 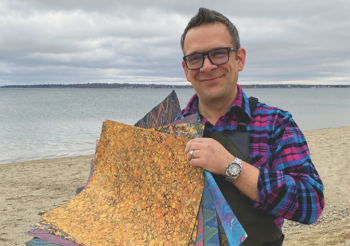 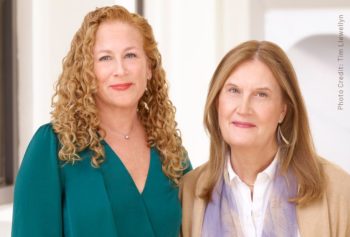