Purple is the color of hard-won joy

The Color Purple looms large in America’s literary (and cinematic) canon. Beloved and controversial, Alice Walker’s Pulitzer Prize-winning novel about an African American woman living in the early 1900’s has touched millions. Unsurprisingly, it’s not an easy story. The hardships that the women in the story endure are appalling and it wouldn’t seem like material prime for a musical adaptation. But Marsha Norman did it, staying true to the source material while using the medium to bring the joy and hope of the story to the forefront. Portland Center Stage opens its season with this jubilant experience.

For those unfamiliar with The Color Purple: 14-year-old Celie (Felicia Boswell) lives with her much-loved sister and monstrous father in rural Georgia. Abused and neglected Celie is separated from her sister and given to Mister (Chaz Lamar Shepherd), an abusive widower, to raise his unruly children. As she grows up Celie begins to draw inspiration and strength from other women in her life, especially Mister’s lover Shug (Lana Gordon) a fiercely independent jazz singer.

Drawing on gospel, ragtime, jazz, and blues, the score grounds the musical in its time period and creates an emotional counterpoint to the seriousness of the story. Where there is hardship there is hope. Where there is oppression there is defiance. Celie’s first lesson in independence comes from her daughter-in-law Sofia (Maiesha McQueen), who implores her to stand up for herself in the explosive blues number “Hell No!” This is a high-energy production, but McQueen’s commanding performance takes it to a new level, earning whooping applause from the audience.

While The Color Purple centers the lives of African American women and the strength they draw from each other, it’s impossible to ignore the abuse they suffer. Consideration is given to Mister, but only as to how he’s internalized toxic masculinity and his own realization around that. Walker’s novel is unsparing in how it critiqued patriarchy and racism and though this adaptation is pared down Norman keeps this idea at the forefront of the script.

The current national dialogue about racism and sexual assault, cracked open by movements such as Black Lives Matter and Me Too, make this show feel all too timely.

Overall it’s a difficult balancing act, the weight of the subject against the buoyancy of the music but director Timothy Douglas handles it deftly. He keeps the show moving, never wallowing in the moments of pain that Celie faces but giving them the gravity they deserve. It keeps the show from being about pain and trauma, instead always looking forwards.

Also pared down is the design. Towering clapboard walls keep most of the action downstage but the slats open up like Venetian blinds for some striking visuals upstage. It is an efficient elegant design, always keeping the focus on the Celie’s internal life.

Adaptations struggle with compressing the original work and this one is no different. Exposition comes fast and blatant, especially in the short second act as the play rushes towards its climax, but this is a small complaint in view of the payoff of this show.

It’s easy to not notice how much work an actor is doing when they are doing it well. Through the first act Boswell seems on equal footing with the rest of a uniformly excellent cast. But in the final number, the journey she has taken Celie on becomes apparent and you can’t help but look back at her performance and feel awe. Seeing the self-assured adult who carries herself with years of a hard life you remember the awkward and skittish way she carried herself as a young girl. The change is palpable, in her body and even her voice, which suddenly resonates with a deep power.

When that last burst of energy from Boswell, timed perfectly with Celie’s own transformation, washes over the audience, for a moment we forget we are watching a show. Instead it feels like she’s leading us — the audience, the other actors, the musicians — in a moment of transcendence. And that moment, that rare moment, is what we all chase when we go to theater. 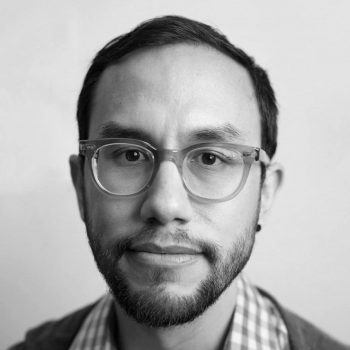 DramaWatch: A ‘Great Leap’ on the Portland stage