Rebuilding a State of the Arts

ArtsWatch Weekly: All around Oregon, the cultural Covid freeze of 2020 begins to thaw. Will it continue?

WE’RE LIVING IN CURIOUS TIMES. Things thaw, things freeze up again. Things close, things open. Vaccines are available, but good luck getting a shot (let alone two). One day it’s snow, the next day it’s spring. People stay home, people flock to reopened restaurants. Schools start up, state Senate Republicans walk out. The national death count soars above half a million as rates of infection taper off. And, as I type this late Wednesday morning, here comes the sun. (Update Thursday morning: There it goes again.)

Here, too, comes a gradual revival of Oregon’s cultural life, in greater Portland and, hearteningly, around the state. Sometimes things look almost the way they used to look. Sometimes everything’s virtual: art exhibitions viewed online; concerts streamed from musicians’ living rooms to listeners’ living rooms; dance and theater via Vimeo or Zoom. Sometimes it’s a hybrid of virtual and carefully spaced live action. And more and more, things are beginning to happen in real space and real time, although with heightened restrictions on distancing, audience size (think small), and safety precautions (think masks and more).

In Salem, the big news of the week is that the Hallie Ford Museum of Art reopens for visitors today – Thursday, Feb. 25 – with a particularly attractive lineup of exhibits (and virtual online tours on its web site if you can’t or won’t visit in person). It’s not entirely like the old days: You can’t just walk up and buy a ticket. The number of people inside the museum at any one time will be limited, and you’ll have to make a reservation from the museum web site (link above) for timed entry. But the museum will be open Tuesdays through Saturdays, giving you plenty of options.

What’s on the walls? One big attraction is Forgotten Stories: Northwest Public Art in the 1930s, a show that originated at the Tacoma Art Museum and spotlights works from the federal WPA “people’s” art movement that helped bind the nation (and put artists to work) during the Depression and the early years of World War II. Another is Part 1 of the Crow’s Shadow Institute of the Arts Biennial, featuring selections of prints from the vital art center on the Umatilla Reservation near Pendleton. Or maybe a show on the history of money – not the virtual immediate transactions of Wall Street, but the solid stuff that had real heft and craft and value, the stuff you could roll around your fingers and jingle in your pockets. Gold of the Caliphs: Medieval Islamic Coins also includes what’s believed to be the world’s oldest surviving coin, minted in the 6th century BCE in ancient Lydia, on the southwest coast of modern-day Turkey. It’s tiny, but it’s no small change. And Barkley Hendricks’ large and sassy 1974 portrait Brenda P, on loan from the Art Bridges foundation and well worth a close-up look, will hang around for an extra week, through March 13, making up for a little bit of lost time.

In Newberg, the Chehalem Cultural Center continues its smart programming with an exhibition that combines textile arts with questions of history and cultural identity. For his story How to make an American quilt, David Bates talks with artists Alicia Decker and Ellen Knutson about their project What Does It Mean To be an American?, which grew from conversations with people around the state – in Stayton, Pendleton, Kerby, Forest Grove, Salem, Portland, Tillamook, Boardman – and culminated in works including the community quilt above.

Down the valley a bit in Eugene, the second-generation Northwest artist Erik Sandgren’s show Observed, Imagined and Remembered: The Northwest Landscape enters its final days at the Karin Clarke Gallery, where it closes on Saturday, Feb. 27. On that same day, Clarke opens a second small gallery space, Karin Clarke at the Gordon, next door to the new Gordon Hotel in the expansion of Eugene’s 5th Street Public Market, a favorite gathering place for both visitors and locals. The 350-square-foot second gallery, Clarke says, will showcase “a mix of the current artists I represent. Because it has great foot traffic there I’m hoping it will pull people in and some might also go three blocks away to my main location.”

In Lincoln City on the Oregon Coast, the North Lincoln County Historical Museum continues to be down but not out because of Covid restrictions. Its doors remained closed, but like a lot of places it’s showing what it’s got the new old-fashioned way: via the internet. Check its “Every Artifact Has a Story” link, for instance, to get the lowdown on subjects as varied as Spreckles GG (a celebrity laying hen at the Oregon State Fair); a log cabin quilt completed in 1887 from pieces of velvet collected as early as 1843; logger Nilo Hill’s chainsaw-carved bear statues; and the handwoven basket, above, made by Sophia “Sissy” Johnson, daughter of the chief of the Tututni Tribe. She was born in 1859, the year her tribe was forced onto the Coast Reservation, and lived most of her life on land that is now in the Taft section of Lincoln City, where she and her husband “taught settlers to fish and clam, how to use herbal medicine, delivered their babies, and ferried their horses across the bay.”

Across the Cascades in Bend, the High Desert Museum announced on Thursday a $6 million gift that allows a leap beyond Covid times and into the future. The gift, from the Roundhouse Foundation in Sisters, is the biggest in the museum’s almost four-decade history, and allows for a rethinking of what the general-interest museum does and how it works. In addition to expanded education programs, the grant will support an important updating, with tribal support, of the museum’s permanent exhibition on past and present Indigenous life on the Columbia Plateau. And it’ll pave the way to add a permanent art gallery to house the museum’s growing art collection, which includes work by Western artist Charles M. Russell, photographer Edward Curtis, and by leading contemporary Indigenous artists including Rick Bartow, James Lavadour, Lillian Pitt, and Pat Courtney Gold.

And in Ashland, the Oregon Shakespeare Festival is about to embark on its 2021 season, a hybrid affair that will begin with streamed video versions of some past hits and move gradually, if pandemic restrictions permit, into live performances, with real actors on real stages in real time. The festival’s endured a tough couple of seasons, with long shutdowns because of wildfires and the Covid-19 pandemic. Performances were shut down for most of the 2020 season. The new season is meant to counteract those obstacles. In Ashland’s season to shake it up, Marty Hughley takes a look at what’s coming up and how it all might work out.

WHEN TIMES TURN TOUGH, SEND IN THE CLOWNS

ENTER LAUGHING: A WORLD OF CLOWNS. In a world of trouble, Danielle Vermette writes, Clowns Without Borders goes to the hot spots and helps lighten the load. From earthquake and flood sites to refugee camps to war-torn lands, the international consortium of clowns – including several from Oregon – “has brought laughter and much-needed breaks from trauma to people in forty countries worldwide,” especially to children whose lives have been turned upside down. On his 2010 visit to Haiti just weeks after a devastating earthquake, Portland’s “Leapin’ Louie” Lichtenstein tells Vermette, “I heard the loudest laughter of my entire life, reminding me just how fine the line is between comedy and tragedy. Comedy is overcoming and celebrating tragedy.” On Saturday, Feb. 27, Clowns Without Borders’ United States chapter will hold Pandemic Pandemonium, its 22nd annual Portland-based fundraiser – this year, as an online event.

STREAMERS: McDORMAND, MULLIGAN AND THE OSCARS

STREAMERS: ‘NOMADLAND’ AND ‘PROMISING YOUNG WOMAN’. “In an Oscar season like no other,” Marc Mohan writes, “checking out the likely contenders on the big screen simply isn’t an option.” So we watch on our home screens, and some candidates are more readily available than others. Frances McDormand’s brilliant, almost anti-actorly turn in Nomadland is pretty easy to access, and the buzz is that it could bring her her third Academy Award. Carey Mulligan’s also brilliant performance in Promising Young Woman is tougher (and more expensive) to find. Will that hurt her chances in this year’s Oscars race?

DANCING THROUGH THE APOCALYPSE, AND BEYOND

THE YEAR OF LIVING CAUTIOUSLY. “My year of living cautiously began the end of February last year, and while I had hoped it would conclude close to the same day this year, I think it’s more likely to stretch into a second year of the same,” Martha Ullman West writes. The veteran dance critic ordinarily fills in her calendar around a constant flow of dance performances. Yet, she continues, “In the past year I have seen two, count them, live dance performances, and one dance film in a theater, Alla Kovgan’s stunning 3D documentary Cunningham.” In this remarkable essay she goes on to consider in depth the performances she did see – the ballet The Sleeping Beauty; an outdoor contemporary dance piece performed on and around bright polka dots in Pioneer Courthouse Square – and weaves them into the fabric of dance history and the enduring meanings of dance. “It’s that exchange of energy—between performers and audience, among audience members, that no video or stream or film of dancing can replicate—that lifted my spirits that day,” she writes of the performance in the Square, “and does again as I write this.”

LISTENING BACK 2020: OREGON RECORDINGS FROM A FRAUGHT YEAR. “I know the last thing many of us want to do is revisit 2020,” Brett Campbell writes. “But we can’t let it slip away without spotlighting one final batch of musical recommendations gleaned from the many recordings Oregon musicians released last year.” Campbell casts his net wide, pulling in sweet sounds from contemporary classical to jazz to Renaissance and Baroque and folk and ambient music. Some of it, Campbell adds, responds directly to the crises that plagued the year.

REMEMBRANCE OF THINGS PAST. Photographer K.B. Dixon, used to walking the avenues and streets of downtown Portland, takes a stroll through his Catalog of Photos Past and rediscovers the city that so many took for granted, before the pandemic and protests and plywood changed its face, at least temporarily. What he found was an architecture of memory, the solid bones of a city, in structures as varied as the Simon Benson House, the Jackson Tower, Big Pink, the Benson Hotel, Keller Fountain, and Director Park. All waiting, perhaps, for their return. 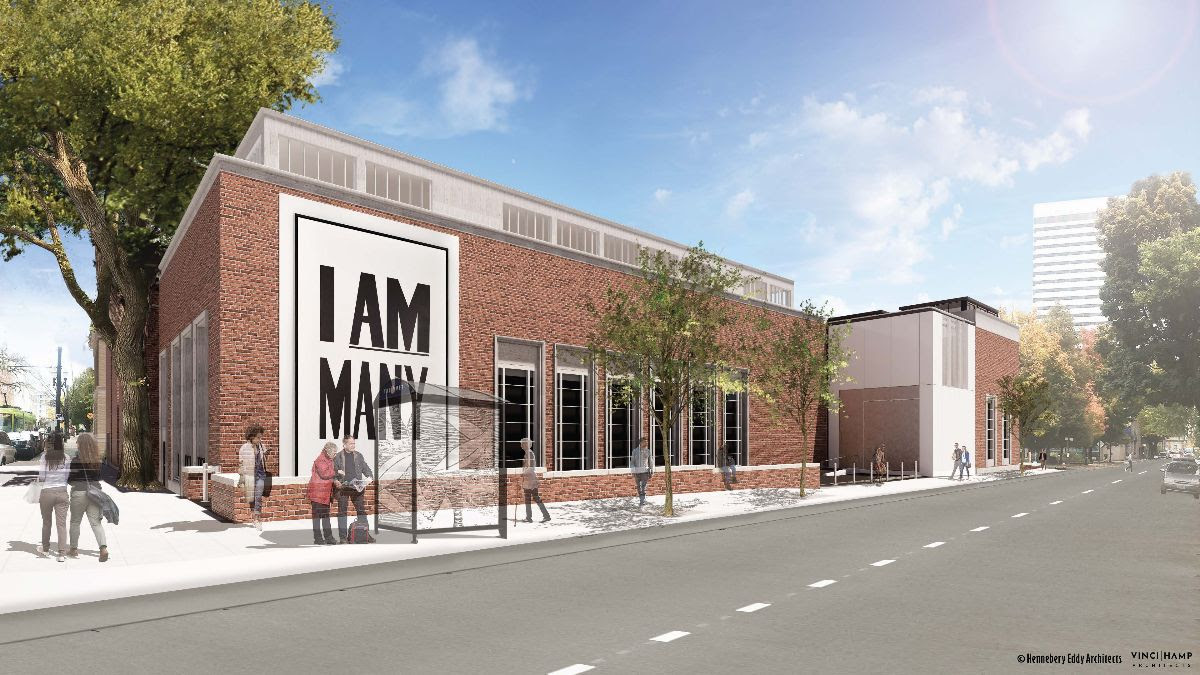 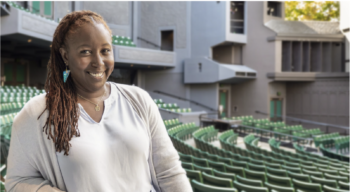 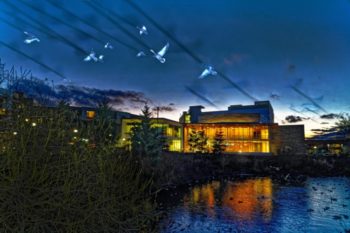 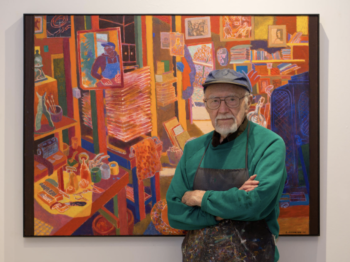