As the curtain opens on 2019, I’m reflecting on an unexpected awakening of sorts that has played out several times now in my encounters with visual and sculptural art around Yamhill County.

When Oregon ArtsWatch brought me aboard last summer, I made it clear to the editors that theater and film were my specialties (to the extent I have any), but I lacked the training, experience, and even the language to “review” exhibitions of painting, drawing, and sculpture effectively and intelligently. That was OK, they replied. I wasn’t expected to produce criticism with a capital “C,” and I surely never will. I was relieved that the mission was simply to report.

So it’s odd that visual art has spoken to me most meaningfully in the past six months or so. I’ve been fortunate enough to drop by shows alone when the exhibition space is empty, or nearly so, and discovered that if one spends even a few minutes of quiet time with a painting or sculptural piece — if you simply let yourself be with it — it will open up to you in some fashion. Regardless of the artist’s intentions, the thoughts and feelings you bring to the experience settle and coalesce as you let the image or sculpture into your head. Given the right conditions and the proper frame of mind, epiphanies can happen.

That’s what happened a few days ago when I found myself alone at the Chehalem Cultural Center in Newberg. HEATWAVE still occupied the Parrish Gallery. That was a terrific exhibition of fiber art made by artists who obviously have spent many years at their craft, perfecting their skills and techniques to a point where they are arguably among the best at what they do.

The Parrish Gallery is what you see straight ahead when you walk in. At the west end of the sprawling lobby you’ll find another, smaller installation. It’s called Histories Take Form, and it features drawings, paintings, and mixed media created by artists who do not have same level of training and skill as the HEATWAVE artists.

Yet this show helped me understand that even making that distinction — creating categories for art based on objective criteria — is to miss the point of what art is, what it’s for, and whom it’s for.

Histories Take Form comes to Yamhill County from the Portland nonprofit Public Annex, which offers art programming that focuses on the inclusivity of people with intellectual and/or developmental disabilities. I knew that going in and, as a result, erected a kind of artificial compartmentalization in my brain: The exhibition in the Parrish Gallery (and also Kay Danley’s A Sense of Wonder down the hall in the Central Gallery) featured art that belongs in a different “category” from this art.

That’s true only to the extent that the art is for or about … me. Or you. Ultimately, it’s not.

I spent a while wandering among the pieces — there are only a dozen or so. The first one on the end, next to the artists’ statement, is a colorful acrylic by Eleanor Bailey titled Medicaid, which reminds one of the challenges faced by these artists — economic hardships that compound other problems they may be living with. I particularly enjoyed the playful anarchy of Jamond Williams’ Happy, which is two pieces using ink on paper.

As I took it all in, I became increasingly uncomfortable with the categories and distinctions my brain had gravitated to — barriers, really, to seeing. It also occurred to me that once viewers know that the art they’re looking at was made by people with physical and intellectual disability, they might be inclined to think, “Oh, art therapy! That’s nice.”

But that, it seems to me, both grossly simplifies it and erroneously suggests that people who are working with a disability or dealing with trauma “need” art more than the rest of us. To say “art therapy” wrongly suggests that the cognitive and creative processes involved in making art are valuable and helpful to disabled people in a way that they wouldn’t be to someone who doesn’t “need” some sort of “therapy.”

As I worked through this, I decided to run it by Carissa Burkett, the Chehalem Center’s curator and arts program manager. Fortuitously, it turned out that Burkett was one of the co-founders of Public Annex, and I confess to feeling relief that she understood and agreed with me.

“It speaks to the valuing of the artwork or the professionalizing that the viewer places on the work,” she said, referring to the “art therapy” label (a label, I might add, that appears nowhere in the exhibit or on the website for Public Annex). “Instead of seeing the artwork as artwork, it is something less-than-artwork because it is ‘art therapy.’ As you said, art’s therapeutic impact is present whether the intention when creating the artwork is set forth as ‘art therapy’ or not.”

Recalling the title of Norm Schureman’s sketchbook, To Draw is to See, one is reminded that art is — at least for the artist — as much about the artist’s journey as it is about the destination, if there even is one. That’s true, I have found, in theater work. There’s no reason to think it isn’t also true of any medium — music, dance, poetry. Burkett elaborated on this point: “The act of making art can have the same power and impact on a maker regardless of their physical or intellectual ability, mental wellness, education, gender, socio-economic status, etc.”

In the first year of Public Annex, the group offered a class called “Histories Take Form.” Rachel Mulder, another co-founder who taught the class, notes that the point was to provide everyone with an experience, not necessarily to produce a finished piece. “That open-endedness in and of itself offers people many entry points to interpret the class in a way that works for them, and to create how and what they want,” she said. As it turns out, the class did produce some finished pieces — and those are the works you’ll find on display in Newberg.

Burkett continued: “The idea of this class was born out of a lot of conversations with artists that are a part of our community who experience disabilities. They felt their personal histories and the collective histories of people with I/DD have not been documented, shared, or been held as important. And then this lead to a conversation about how there are so many different ways of communicating among this population, making it even more challenging to share histories in a way that neuro-typical people document and communicate. So we developed this class to allow for a space for sharing one’s history through a visual mode and a non-verbal communication. It became an abstraction of stories and created some very interesting art pieces.”

COMING SOON TO A THEATER NEAR YOU: As I draw up a schedule and reporting plan for 2019, I’m reminded again that there’s little need to worry about dry spells in the Willamette Valley’s art scene. To cite just one example, a whole lot of live theater is in the works. Gallery Players of Oregon in McMinnville is in rehearsal for a Jan. 18 opening of Terrence McNally’s It’s Only a Play; over in Salem, The Verona Studio is preparing to open Annie Baker’s Circle Mirror Transformation on Feb. 14; and just off Oregon 22 between West Salem and Monmouth, Pentacle Theatre is barreling toward a Jan. 18 opening of Lisa Loomer’s Distracted. Check the websites, mark your calendars, etc. You know what to do. 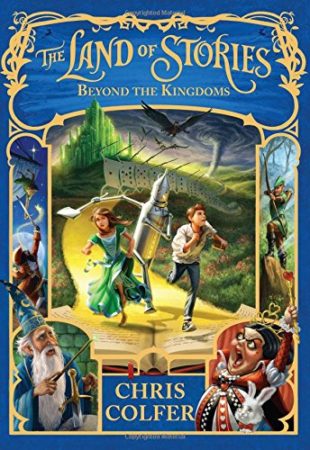 ARTS JOURNAL: Every evening before my 9-year-old son’s bedtime, we hunker down in the living room with a book. Currently, we’re reading Chris Colfer’s The Land of Stories series. It’s easy to dismiss the “#1 New York Times Bestselling Series!” thing as a function of Colfer’s having made a Golden Globe-winning splash on the Fox TV series Glee, but let me tell you: The kid — and yes, to me, he’s a kid — can write. Repurposing Grimm’s fairy tales has become a thing in the last decade or so; witness TV’s Portland-based Grimm and Bill Willingham’s Fables series published by Vertigo. Colfer has found a pitch-perfect way to do it for pre-teen readers. We’re a hundred or so pages into the fourth book, and Silas is loving it. So am I.