Reconnection and resilience: an interview with Anthony Hudson

This series focuses on different aspects of Oregon’s contemporary Tribal culture and explores how traditional ways of life have continued forward throughout colonization and settlement of Oregon. This collection of writings and interviews showcases the history and resiliency of Oregon’s First Peoples. In this piece Steph Littlebird, an enrolled member of the Confederated Tribes of Grand Ronde, focuses on Portland artist Anthony Hudson.

As an Indigenous artist, I think a lot about representation. Growing up, I didn’t see many Natives portrayed in the media or movies  who weren’t portrayed as stereotypes or as being “in the past.” John Wayne movies with ”drunk Indians” were on the television a lot when I was a kid, and Disney’s hypersexualized portrayal of Pocahontas just didn’t align with the Native women I knew personally. It wasn’t until I was an adult that I realized mainstream media rarely portrays contemporary Native American culture. This lack of representation impacts all Natives in real, tangible ways.

Positive representation is so important, particularly to underrepresented communities who don’t necessarily see themselves or their culture reflected in the broader world. Representation is the driving force behind all of my creative work, whether it’s writing, painting, or curating. Community is such an integral component of Indigenous culture, and finding ways to lift ourselves up through art helps heal Intergenerational trauma and encourage our young people to dream bigger.

When I think about creatives working with similar intentions, Anthony Hudson (they/theirs) immediately comes to mind. Recently, I had the pleasure of interviewing Anthony during our artist residency at Caldera Arts Center, near Sisters, Oregon, where we discussed the idea of representation, and creative intention on a deeper level. Anthony and I met in art school when we both attended the Pacific Northwest College of Art in 2012, when they were a senior and I was a freshman. Anthony has also written occasionally for Oregon Arts Watch.

Anthony is a registered member of the Confederated Tribes of Grand Ronde and a descendant of the Confederated Tribes of Siletz Indians. Hudson is known for their character Carla Rossi, Portland’s Premier Drag Clown. Carla Rossi’s persona was developed as a way for Anthony to explore Indigenous Identity and white privilege through performance. Carla Rossi wears “whiteface,” as a tool to examine the often hyperbolic and cringeworthy ways that white privilege presents itself.

Over the course of our interview we both agreed that one of the reasons representation is so important is that it helps outsiders to learn about our culture, too, and it can ultimately build empathy when we understand each other better. Humor is a massive component of how Hudson connects with non-Native audiences. Laughter helps us heal, humanize, and also relate to one another. It’s a strategy, as Anthony explains, that their work uses “… joy to create empathy and to humanize ourselves, to show that we do exist and to show that we’re not going anywhere and to show that the conditions of our survival will not be negotiated. I think is so crucial.”

As Anthony explains, “Cultural competence is one of the biggest challenges I face. And that goes all the way back to art school. When I’m presenting work for critique and when you’re presenting culturally specific artwork, this is queer and Native artwork, and the students don’t have a language for it and have no familiarity.” As we both discovered, many people share this lack of familiarity with Native history and our art. Due to this, a lot of our work revolves around establishing context with our audience, and getting them up-to-speed on some level in order to facilitate more informed conversations.

Because of this “distance” between ourselves and the audience, both Indigenous artists and queer artists have struggled to be seen as legitimate within the broader “Fine Art” institution. Much of Native art is considered “artifact” or “primitive,” and rarely classified as contemporary or high art. The same can be said of queer art and performance, which has been marginalized and generally excluded from the Fine Art world historically. This informs the work that Anthony makes, placing Indigenous art squarely in the realm of contemporary performance art, which is not typically seen as an Indigenous art form.

Furthermore, there are challenges with legitmizating queer performance traditions. “I think having to try to legitimize drag as art, people look at drag as art for queer people, if they even call it art. And I think it’s the same way kind of with Native work too. People kind of apply this element that it’s just a craft or cultural artifact.”

As Anthony explains: “To have my art seen as both legitimate and as Indigenous, without playing into this conception of what it should look like and why it’s then marketable. Yeah, that’s definitely been one of the biggest challenges. …That gap in knowledge exists within this group of people that I have to interact with on a daily basis essentially. And, navigating that can be traumatic all by itself. So, the work becomes a way to, to examine it, I guess, or understand it better.”

It’s one thing to make art in private. Once you share it with the public you are much more vulnerable. “I think that’s a huge thing that a lot of people don’t understand about living with marginalized intersecting identities, is that like the way that your voice sounds, the way you look, the things you say, the way you present yourself, like all of that is, is constantly under scrutiny, when you’re living at the intersection of race, gender, class and all these different things.”

Creating art as an Indigenous person is a complex experience. There are many considerations we make in order to create work that is “authentic” to our culture and does not injure or reinforce stereotypes about our community. Being an Indigenous artist requires a high level of intentionality in order to be in alignment with the broader community and our general values as Native people.

Anthony is not only Indigenous but also identifies as a Two Spirit artist. The “Two Spirit” is a modern term used by North American Indigenous people to describe a traditional third-gender, and many other gender expressions, recognized as having both a ceremonial and social role in Tribal cultures. Being part of the 2SLGBT+ community means navigating even more complexities in daily life and art.

“You’re constantly on guard. I think it’s also hard, too, because I, for so long, I spent so much of my life just wanting to be one thing and wanting to have one solid label. So I could just say like, I’m Gay or I’m Native, like just say one thing. But, I also have come to understand that’s a capitalist expectation. That pressure is a capitalist settler expectation that we become this one marketable identity or one marketable product that can be seen and targeted and consumed and, and turned into a product.”

Monetizing our artwork as Indigenous people requires even more intentionality. We are constantly asking ourselves how to make money without selling out ourselves or our culture for consumption – and wondering, how do we make work as Native people in a capitalist world while still honoring our ancestors?

“I think when I talk about honoring my ancestors and why that’s the driving force in my work, it’s that especially confronting the cycles of trauma and confronting this kind of never-ending loop of settler colonialism and seeing, especially right now during the pandemic, seeing how we’re already gaslighting the survivors of this pandemic and privileging some lives over others, just like we did in the HIV AIDS pandemic, who people are still dying from like that shit’s not going to stop unless we actually challenge it.” Capitalism is directly tied to colonization, and those systems together represent the destruction of Tribal life. When European settlers arrived here they brought with them a system of commerce that excluded Natives while also forcing them to assimilate, through violence and coercion.

The pandemic has impacted the Indigenous American community in many grave ways. Over the last year, Covid-19 shined a light on the great disparities Native communities face when trying to access healthcare, let alone running water. Our communities are invisible in many ways, and the true number of Native lives lost from Covid-19 may never be known.

Over the course of the pandemic, Anthony has thought a lot about their creative practice and how it might change shape in the future. “Before the pandemic, I would have said in ten years, I wanted to see myself in a Broadway premiere. I would want to be a famous, right, I would want to be “successful” (air quotes) after all of this. After seeing how hard I overworked myself, how I became addicted to work, and as a way of kind of coping with and compartmentalizing, not confronting all of this anxiety and trauma that I’ve inherited … I’m finally coming to recognize all of that and begin this process of healing. I truly have no idea where I want to be in ten years now.”

After traveling nonstop from 2018 to 2019, boarding a whopping 40-plus airplanes, Anthony realized performing “…is something that I want to do fewer and farther between. It will always be a huge part of me, but I don’t want it to be this commodified thing. Like it had become before the pandemic.”

With more time to reflect on their work and how they were spending their time and energy, Hudson decided to consciously reduce their workload so that the act of performance could regain meaning. “Having only gotten to perform as Carla Rossi, like eight times in the last year for Zoom or tribal stuff, it’s become so much more special again, where I really feel the impact of her. And I feel the connection to my full self when I’m with her.”

Now Anthony is shifting creative gears: “I’m focusing more on the writing and I’ve always been a writer. It’s a huge part of my work, or even drawings. When I was really into illustration, I wanted to be a comic book artist, and I wanted to write comics, too. And then going into performing, like everything starts with a script or an image or a line, and writing has become such a balm for me, as I’m beginning to work through and understand everything I’ve experienced and what got me to this point in my life and what I’ve lived through.”

As I think about the idea of representation and how deeply validated I felt watching Anthony perform Looking for Tiger Lily, I also recognize how precious their creative energy is. While it’s important to feel represented in the world, it is equally important that our community members feel nourished and cared for. Humans are not endless fountains. We are meant to rest and recuperate, to enjoy the fruits of our labor. 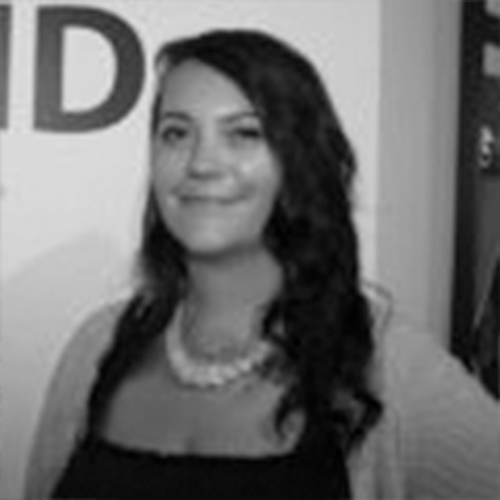