Set on a slave ship, the highlight of the company's performance in White Bird's We Are One Festival is a ballet by turns gorgeous, gut-wrenching, subtle, sad, dynamic, and celebratory.

To commemorate Dance Theatre of Harlem’s fiftieth anniversary and the four hundredth anniversary of what is believed to be the first arrival of enslaved Africans on North American soil, in 2019 the Virginia Arts Festival and an organization called American Evolution commissioned Passage, created by two Black women artists, choreographer Claudia Schreier in collaboration—and how!—with classical composer and violinist Jessie Montgomery.

This, along with the spectacular dancing throughout a history-themed program that opened with Robert Garland’s Higher Ground and closed with Annabelle Lopez Ochoa’s Balamouk, was for me the highlight of their sold-out show at the Arlene Schnitzer Concert Hall on May 4, the second event in dance presenter White Bird’s inaugural We Are One Festival.

And that—Passage, not the dancing—surprised the hell out of me. A ballet set on a slave ship? A ballet about people in chains, being tossed overboard, beaten, tortured, before they arrive at their terrible destination, where the women will likely be raped and their babies destroyed? We know, despite the Broadway song, that everything isn’t beautiful at the ballet, especially not for dancers of color, or dancers whose bodies don’t measure up to some cruel ideal, but the ugliness and stench and screaming absence of humanity that I associate with those slave ships hardly seems appropriate or even viable for this art form.

Not that slavery itself is a stranger to classical dance—Le Corsaire, anyone? And in recent years, Oregon Ballet Theatre has performed two “slave” ballets: Nacho Duato’s Rassemblement, a raw, modern-infused work set to Haitian slave songs; and Dennis Spaight’s take on Michel Fokine’s Scheherazade, in which the storyteller becomes the heroine of her own tale, and thereby a metaphor for art and those who practice it.

Dance Theatre of Harlem has performed the latter in Fokine’s version, and Virginia Johnson, who has directed the company since founder Arthur Mitchell became AD emeritus in 2011, originated the title role in Creole Giselle, Mitchell and Frederic Franklin’s recasting of the Romantic classic to 1841 Louisiana and a community of freed slaves. (Mitchell died in 2018; this appreciation gives a history of the company and
its considerable Portland connections.)

Which is all by way of saying I did not expect Passage to be the gorgeous, gut-wrenching, subtle, sad, dynamic, and, yes, celebratory work that it is, never mind one that I’d like to see several more times. Nor did I expect it to fill me with nostalgia for Balanchine’s stripped-down neoclassical ballets, which can contain many small stories, as in Serenade, or a single one, as in Apollo. What I expected was an in-your-face, loud-voiced, mad as hell, Terpsichorean harangue, the kind of political work I feel in the end desensitizes audiences to the very horrors the artists are wanting to change.

What I had forgotten, silly me, is that Balanchine’s work is as foundational to Dance Theatre of Harlem as it is to Pacific Northwest Ballet, Kansas City Ballet, or any other regional American company he supported by giving them his ballets without charge. DTH, still in Harlem, just happens to be the one closest to City Ballet’s Lincoln Center home. What the Schnitz audience got was a beautifully, skillfully integrated work of art in which Schreuer’s choreography and Montgomery’s music for string quartet are enhanced by lighting designer Nicole Pearce, who created the projections of an endless ocean; and costume designer Martha Chamberlain, who dressed the dancers in simple white practice clothes with a slashing design that reminds you that these passengers were chained. Passage certainly conveys the agonies imposed by slavery, but also, as it says in a program note, “the fortitude of the human spirit and an enduring will to prevail.”

In one section, two men lift high two women, who at one point pose like the figureheads found on old-fashioned sailing ships, and at another point make swimming motions, reminiscent of the muses in Balanchine’s Apollo. At another, two men engage in highly stylized hand-to-hand combat, possibly a preview of what’s to come once the ship makes land, a section in which one of the men breaks free of a group dance, running like hell, as if chased by bloodhounds. The score consistently drives the action, whether it’s lyrical for a male-female duet, or agitated for rising fear. The lights frame it, darkening almost to pitch as night falls, adding to the underlying dread of the journey.

I don’t know yet if “Passage” is a masterpiece. I do know these and other images will stick with me for a while, and that I want badly to see it several more times.

Garland, DTH’s longtime resident choreographer, responds to much more recent history in his curtain-raising Higher Ground, which premiered last January in Detroit. It’s a tribute to the music of Stevie Wonder and a choreographic commentary on this country’s racist present, including the murder of George Floyd. In the course of creating it, Garland introduces the company’s dancers, which is the job of resident choreographers everywhere!

The piece begins with a pleasantly jazzy circle dance to “Look Around,” performed by Amanda Smith, Alexandra Hutchinson, and Daphne Lee, all of whom are on point, and Micah Bullard, Christopher Charles McDaniel and Kouadio Davis. For the second song, “You Haven’t Done Nothin’,” Garland borrows rather heavily from Alvin Ailey (think the opening of Revelations) but gives plenty of punch to an extremely, and appropriately, aggressive solo danced by the tall, long-limbed Micah Bullard. “Heaven Is Ten Zillion Light Years Away” contains an eloquently yearning duet for McDaniel (who, incidentally, when dancing with the L.A. Ballet performed in work by former Oregon Ballet Theatre artistic director Christopher Stowell) and Lee, whose repertoire includes choreography by such dancemakers as Balanchine (true for most of these dancers, actually) and Nicolo Fonte.

Despite these particular performances, however, Higher Ground doesn’t really catch fire until it reaches the eponymous finale, in which every lift of the arm, extension of the leg, jump across the stage proclaims loudly, “We’re here, look carefully, listen, do you see us, do you hear us? You’d better!”

Ochoa’s Balamouk closed the show on an upbeat note, again because of the dancing, but also because of the music, for which the French klezmer group Les Yeux Noirs was responsible. “Balamouk” means “house of the insane” in Romanian, and while I’m pretty sure the choreographer did not intend this, I couldn’t help thinking of Vaslav Nijinsky (who was diagnosed with schizophrenia and spent a good deal of time in mental institutions), because of several quotations from the Diaghilev Ballets Russes repertoire, including 30 seconds or so of The Dying Swan, and at least two references to his sister Bronislava Nijinska’s magnificent ballet Les Noces, about a peasant wedding. DTH is one of few American companies to have danced this ballet, so it’s part of their history too.

Next season, when White Bird again presents Ballet Hispanico, we’ll see Ochoa’s evening-length Dona Peron, as well as A.I.M. by Kyle Abraham, and Ronald K. Brown/Evidence in the presenting company’s second We Are One Festival. 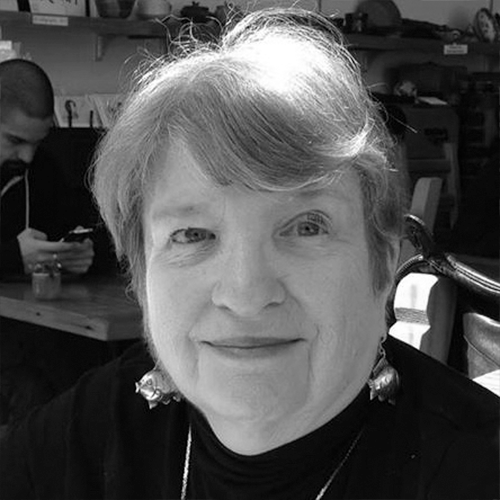