Carmona's joyful and exuberant sculptures are inspired by memories of his childhood home in Puerto Rico.

“tierra de GIGANTES” is Iván Carmona’s third solo exhibition at PDX Contemporary Art. Carmona is known for his vibrant biomorphic ceramic sculptures, and his most recent body of work is his most ambitious yet in terms of scale: the sculptures are double, triple, and or even quadruple the size of previous works. Those familiar with the artist’s oeuvre will recognize the tints, tones, and color shades, all inspired by memories of the architecture and nature of the artist’s childhood home of Luquillo, Puerto Rico. The saturated color palette conjures warmth, vitality, and effervescence.

This series of work, all created this year, is deeply rooted in Carmona’s childhood memories and experiences, specifically of Carnival and Fiestas Patronales, annual Caribbean festivals honoring patron saints. Carmona captures elements and sentiment of this time of celebration through a handful of life-sized pieces; Vejigante Amarillo, Vejigante Anarajado, Vejigante Negro. They are influenced by Vejigantes, popular demon figures from medieval Spanish folklore that have become prominent festival fixtures and integral parts of Puerto Rican culture. Carmona’s interpretation of the figures commands space with elongated constructions in shades of charcoal, lemon yellow, and papaya.

Carmona’s CABESUDO is a bright aquamarine anthropomorphic formation, a circular form punctuated with negative space. In Puerto Rican culture, Los Cabezudos or “big heads,” are gigantic caricatures of popular and public figures, typically politicians, sportsmen, and artists. The form of CABESUDO connects formally to works like Isamu Noguchi’s Sun at Noon (1969). In the current gallery installation, the negative space that suggests a face for CABESUDO  provides a line of sight to the wall behind that features Careta Rosa, a wall sculpture of an abstracted version of a Vejigantes mask.

Careta Verde, Careta Anaranjada, Careta Negra, Careta Azul, and Careta Roja are other mask interpretations hung on the walls, all express Carmona’s understanding of the Vejigantes masks (careta.)  Each incorporates unique adornment, both subtractive, like cutaways and reliefs or vegetal and fruit-like or biomorphic shapes, as well as additive embellishments like bulbous spheres and cylindrical extrusions. Each piece is blanketed in its namesake’s bold color.

The exhibition title translates to “the land of the giants” and is also a term created to honor the town of Carolina not far from where Carmona grew up and where Don Felipe Birriel, the tallest man in Puerto Rico, lived. Over the years, the expression has become synonymous with the island itself. The term affectionately references Puerto Rico, the energy, culture, architecture, and artisans of the island, and this sentiment is explored within tierra de GIGANTES.

References to the natural world are a consistent thread in Carmona’s work. Matas de Plátanos, which translates to the “Green Plantains,” features an arrangement of semicircular forms stacked on top of each other so as to resemble a whole plantain stalk. Carmona explains that the concave circle in front of the piece is symbolic of the moon. His father planted the fruit in accordance with the moon cycles, in order to have a successful harvest. His choice in pigment is a cerulean rather than the expected greens and yellows, chosen because the color reminded Carmona of his childhood gazing up at trees with unripened green-yellow fruit juxtaposed against the bright teal sky.

Cascada La Coca is named after one of the premier attractions of Puerto Rico, El Yunque Rain Forest. The sculpture’s solid mass oval framework is painted in vibrant chartreuse reminiscent of dense tropical vegetation. An armature in long design on the sculpture sticks out on the right, recalling the steep crags, bluffs, rock faces, and mountains.

Not to be overshadowed by the more grandiose works, Carmona’s familiar sculptures are equally pleasing, smaller moments of celebration. They, too, look to both imitate and pay homage to elements in nature from the island. Carmona’s interest in balance and weight in his sculptural work is inspired by landmarks renowned for their precariousness: La Cueva Del Indio, a prehistoric rock art site surrounded by dramatic cliffs or the Punta Ventana, a natural wonder that featured a stone arch shaped like a round window, at least until it was destroyed by an earthquake last year. Carmona’s choice of colors reflects the real implications of climate change and natural disasters in the region: the deep slate in San Juan en Gris and dark chestnut in San Juan en Cobre, are grounding, stark compared to the to highly saturated colors of most of the other works.

Carmona’s tierra de Gigantes will be the final exhibition in PDX Contemporary’s gallery space at 925 NW Flanders. The mid-November show, I Have a Winter Friend by Jeffry Mitchell will open in the gallery’s new space at 1825 NW Vaughn. The Flanders space will still be used in some capacity until the final sale of the building, potentially through holiday season pop-ups depending on Covid restrictions and the ability to congregate. Carmona’s vivacious sculptures are a fitting exclamation point for the Flanders space; they inhabit the gallery with joy, balance, and warmth.

“tierra de GIGANTES” is on view at PDX Contemporary Art at 925 NW Flanders St through November 13th. The gallery is open from 11-5 Tuesday through Saturday. 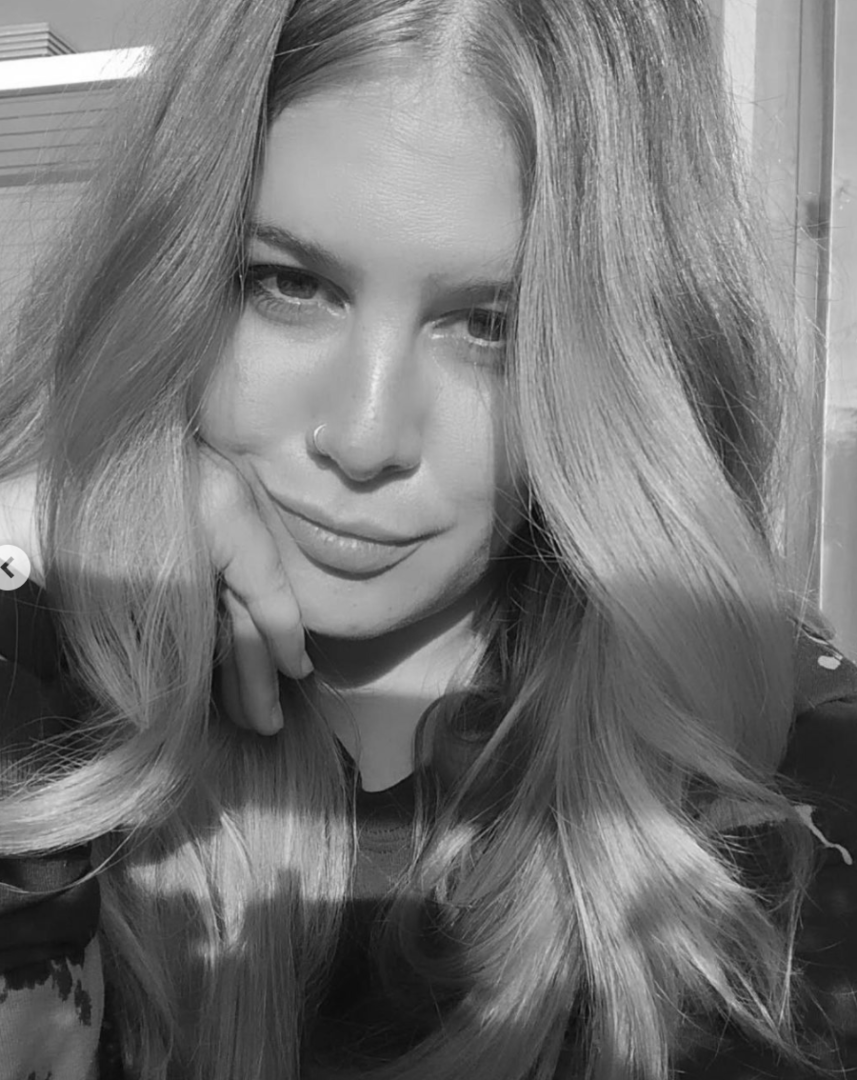 Ashley Gifford is a writer, art historian, and creative/tech professional based in Portland, Oregon. She is the Founder and Editor-in-Chief of Art & About – part art blog, publication, resource for art in Portland, and the greater Pacific Northwest. This extensive documentation has created an archive of Portland’s art ecology since 2014. Her academic background includes a BA in art history and studio art from the University of Hawaii at Mānoa. Her artistic practice is multi-discliplinary and includes, photography, light, installation, sculpture and curation. Her writing can be found on the Portland Mercury, Art Practical, Ceramics Now, and other publications.

Ashley Gifford is a writer, art historian, and creative/tech professional based in Portland, Oregon. She is the Founder and Editor-in-Chief of Art & About – part art blog, publication, resource for art in Portland, and the greater Pacific Northwest. This extensive documentation has created an archive of Portland’s art ecology since 2014. Her academic background includes a BA in art history and studio art from the University of Hawaii at Mānoa. Her artistic practice is multi-discliplinary and includes, photography, light, installation, sculpture and curation. Her writing can be found on the Portland Mercury, Art Practical, Ceramics Now, and other publications.