‘Sons of the Soil’ preview: setting a new standard

Joseph Bologne (Chevalier de Saint Georges), Samuel Coleridge-Taylor, Florence Price, and Daniel Bernard Roumain. None of these composers are household names but all are finally starting to get the attention they deserve. On Friday, in celebration of Black History Month, 45th Parallel Universe presents Sons of the Soil, a concert featuring music by these black composers performed by the all female string quartet mousai REMIX. (Read ArtsWatch’s concert preview.) There is no need to compare these greats to their white counterparts, but chances are if you are a fan of some of the more established masters, you will like these folks, too.

For fans of: Mozart, and Haydn

Who was he: Joseph Bologne, who later in life became known as the Chevalier de Saint-George, was a contemporary of Mozart’s and rumored to be the Austrian composer’s arch nemesis. Born in the French owned Caribbean colony of Guadeloupe, Joseph was the child of a planter and his wife’s young slave, who was most likely from Senegal. Joseph’s father sent him to France for his education, where he excelled in a number of areas including music (a violinist) and fencing. He became a noble fixture in France including a close friend to Marie Antoinette, but because of his African heritage, he was met with discrimination throughout his life. An advocate for ending slavery in France, he founded the Society of Friends of Black People and was a colonel of the first black legion in Europe.

Bologne penned a sizable body of compositions which included symphonies, string quartets, violin concerti, symphonie concertante, quartet concertante, and operas. Unfortunately, not many of his works survive, and even after France abolished slavery in 1794, new restrictions on black folks reemerged during Napoleon’s reign which moved Bologne’s music into a forgotten chapter of history until its recent revival.

Start with this: Ouverture, L’amant anonyme

This three-part overture (part 2, part 3) to Bologne’s surviving opera L’amant anonyme, mirrors early symphonic form. Its light textures and balanced melodies place it soundly in the Classical era and right in line with the traditions and compositional techniques of other Europeans who were composing during that time.

For fans of: Tchaikovsky, and Brahms

Who was he: Of English and Sierra Leonean descent, London-born Samuel Coleridge-Taylor entered the Royal College of Music as a violinist. He later studied composition and solidified himself as one of the school’s top pupils upon the completion of his clarinet quintet with strings.

Coleridge-Taylor hoped to incorporate traditional African folk music into the classical canon much like Brahms and Dvorák did for Hungary and Bohemia, respectively. Perhaps his most famous work was Hiawatha’s Wedding Feast, a cantata based on the Henry Wadsworth Longfellow’s epic poem with the same name. Despite the huge success of the cantata, much of his life was riddled with financial mistakes that resulted in Coleridge-Taylor taking up conducting to make ends meet. (Financial stress is thought the be one of the causes of his early death at age 37.) The passionate manner in which he led the orchestra earned him the nickname African (or Black) Mahler. In fact his conducting assignments, some of which brought him to the United States, were so successful that President Theodore Roosevelt invited him to the White House in 1904. He also met Paul Laurence Dunbar while in the States and later set several of his poems to music.

Start with this: Ballade in A minor

Full of rich textures and late Romantic flair, the Ballade made Edward Elgar a fan of Coleridge-Taylor. 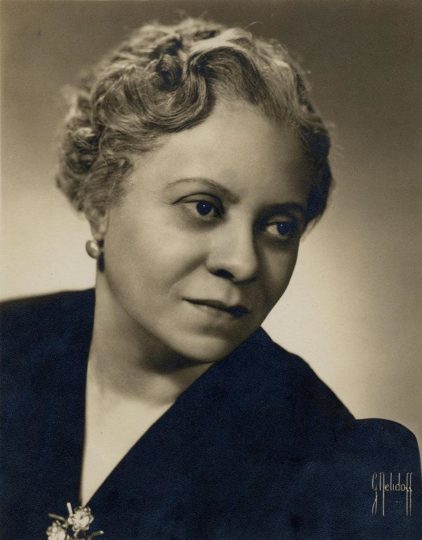 For fans of: Dvorák and Holst

Who was she: Florence Price is experiencing a posthumous renaissance. With the discovery of old scores in an abandoned Chicago home in 2009, G. Schirmer’s publication of her work, and the push to program more women and people of color on concert programs, Price is achieving a long overdue recognition. Born in Arkansas, she finished school at age 14 and later entered the New England Conservatory where she studied piano, organ, and composition and earned a teaching certificate.

Price became the first African American woman to have her music performed by a major symphony orchestra when the Chicago Symphony performed her Symphony No. 1 in E minor, which received the Wannamaker Foundation Award. The Chicago Daily News called it “worthy of a place in the symphonic repertoire.” Other compositions include various spiritual arrangements with piano, two violin concerti, a piano concerto, three more symphonies (the second is lost), numerous choral works, music for piano, and organ, a small cadre of chamber music pieces, and an extensive collection of songs. In addition to composing concert music, Price played the organ for silent films, and wrote pop songs and jingles under the pen name Vee Jay. In 1939, Marian Anderson sang an arrangement of Price’s My Soul’s Been Anchored in the Lord as a part of her historic recital at the Lincoln memorial.

This final movement of the Symphony No. 1 possesses a folk-like quality that is reminiscent of European composers who incorporated these tunes in their own music as an homage to their countries. The spinning of the main melody is fresh and exciting.

The first movement of the newly discovered Symphony No. 4 opens with a fanfare that welcomes a hauntingly beautiful interpretation of Wade in the Water.

For fans of: Joe Kye and Gabriel Kahane

Who is he: Daniel Bernard Roumain (DBR) is an eclectic composer who draws influences from various facets and genres of music, including classical and hip-hop. A violinist, he often performs with turntables and/or loop pedals. With commissions and collaborations with some of America’s top musical institutions and individuals, including Carnegie Hall and the Boston Pops, DBR unapologetically brings the black experience into this nation’s concert halls and opera houses with pieces like Fast BLACK Dance Machine, Hip-Hop Studies and Etudes – Book 1, Black Men Singing, Voodoo Violin Concerto, Harlem Essay, Ghetto Strings, and a set of string quartets named after famous black Americans – Malcolm X, Martin Luther King, Jr., Adam Clayton Powell, Jr., Maya Angelou, and Rosa Parks, the subject of the string quartet mousai REMIX plays Friday. The New York Times called his chamber opera We Shall Not Be Moved, a co-commission with Opera Philadelphia and the Apollo Theater “the best Classical performance of 2017.”

Start with this: The Need to Be

One of DBR’s more intimate pieces, The Need to Be uses a variety of violin colors in conjunction with a piano that does not merely accompany, but walks hand in hand with the soloist, painting the scene with edgy chords that transform a dynamic mood.

Also check out: Black Violin and read ArtsWatch’s feature and other coverage.

If Oregon music institutions can include these and other composers of color on their programs, they can broaden our view of the classical music realm – putting us one step closer to making the world’s concert halls more inclusive and equitable.

Damien Geter is a singer, composer, and educator based in Portland.