It may come as a surprise to Portlandia that there’s something in Ashland besides Shakespeare. During my years in Portland, whenever I would say that I intended a visit to Ashland, my friends would always ask, “What plays are you going to see?” My usual response was, “I’m not going to the theater, I’m going to a concert.”

Having lived in Ashland for 16 years before moving to Portland, I’d seen plenty of plays, but my heart was firmly located in the musical scene. In fact, the little cities of Southern Oregon boast musical performances that could be considered big-city league. And there’s something good to hear and see all year, so one has alternatives to the “smoke season.”And now that I’ve moved back to my Ashland roots, I’m deeply embedded again.

The Oregon Center for the Arts (OCA), connected to Southern Oregon University, is an umbrella organization for several music presenters and arts organizations in the Rogue Valley, including the Tutunov Piano Series, the JPR One World Series, the Schneider Museum of Art, and the newly developed ShakespeareAmerica program. Other musical groups include Chamber Music Concerts, Caballito Negro (read the ArtsWatch profile by Matthew Andrews), and Left Edge Percussion, the latter two having performed in Portland. Here are some particulars about them.

Next year will be the 10th anniversary of maestro Martin Majkut‘s tenure as Music Director of the the Rogue Valley Symphony. The orchestra is composed of 70 professional musicians, most of whom live in Southern Oregon, but several commute from further locales. They present a series of six “masterworks” concerts each year plus holiday and family concerts, in Ashland, Medford, and Grants Pass venues. Dr. Majkut’s arrival gave an electric boost to an otherwise sleepy provincial orchestra, which now attracts major soloists, such as Peter Serkin and Jeffrey Biegel. The orchestra commissioned five new pieces for its 50th anniversary last year, including How Can You Own the Sky? a symphonic poem by Oregon composer Ethan Gans-Morse honoring the Native Americans of Southern Oregon. (See the ArtsWatch article by Gary Ferrington). Maestro Majkut has dubbed the 2019-2020 year “The Season of Women” with all female soloists. Further information and tickets: www.rvsymphony.org or 541-708-6400.

Full disclosure – Before moving to Portland I had served on the CMC board for many years, and since returning to Ashland this past summer I’m on the board again. Back in 1993, newly arrived in Ashland and having been spoiled by marvelous music in the Washington D.C. area, chamber music is where I found the world-class performances I longed for. Founded in 1984, CMC brings groups from all over the world to perform in SOU’s acoustically excellent recital hall. Artists have included Angela Hewitt, Jon Nakamatsu, Julianne Baird, the late Sanford Sylvan, and the Emerson, Pacifica, and Takacs Quartets, to name just a few. The twelve-concert season includes eight evening concerts and four matinees, all with different programs.

Next year’s stellar line-up includes the celebrated vocal ensemble Tenebrae, as well as the Elias String Quartet, the Faure Piano Quartet, and Brooklyn Rider as CMC’s Exploration Concert. Information and tickets: www.chambermusicconcerts.org or 541-552-6154.

Spanning three weeks during July and August, the Britt Festival presents nine outdoor concerts of “classical” music, including family and community concerts, in the Old-West town of Jacksonville. Music Director Teddy Abrams conducts an orchestra featuring musicians from throughout the U.S. and abroad. If you’re lucky, you can watch the moon rise over the orchestra’s pavilion. If you’re not so lucky, there are contingency plans for “poor air quality.”

The 2019 series includes a new Britt commission from Christopher Cerrone with soloists from Third Coast Percussion. There will also be an eco-themed concert called “The Rising Seas.” The season’s closing concert will be a new score for Sergei Eisenstein’s classic silent film, Battleship Potemkin, drawing on 30 iconic works by giants such as Bach, Beethoven, and Berlioz, etc. Information and tickets: www.brittfest.org or 541-773-6077.

I try never to miss a performance at the SOU recital hall of the 60-voice Southern Oregon Repertory Singers, who are completing their 33rd season under the direction of Paul French. Dr. French also teaches at Southern Oregon University and directs the choir at Trinity Episcopal Church in Ashland. The group performs four concerts each year, and although they always include one “masterwork” (this year Beethoven’s Mass in C), they specialize in new music, including commissioned compositions by Jodi French and Craig Kingsbury. The four-concert series includes one holiday concert and Q&A’s with the director and available composers after each performance. The singers are often accompanied by a chamber orchestra of musicians from the Rogue Valley Symphony. Information and tickets: www.repsingers.org or 541-552-0900.

Southern Oregon is also home to the 100-member Rogue Valley Chorale, presenting four concerts each season of choral classics and popular music at the Craterian Theater in Medford. Now under the direction of Michael Morris, the group was founded in 1973. This spring the chorale will present a work they commissioned by Joseph Julian Gonzalez, The Origin of The Songs, which will be sung in the Nahuatl (Aztec) language! Information and tickets: www.roguevalleychorale.org or 541-414-8309, 541-779-3000.

The community choir known as the Siskiyou Singers presents a wide variety of world music in two concerts per year. Information and tickets: www.siskiyousingers.org or 541-482-5290.

Southern Oregon is home-base for several percussion ensembles, at the center of which is the eclectic and multi-talented Terry Longshore. (The rumor is that Dr. Longshore can play anything. He has been known to play a cactus.) Longshore is joined by flutist Tessa Brinckman in Caballito Negro, performing intercultural work in the spirit of duende. In addition to Longshore on percussion, the group Flamenco Pacifico includes a dancer and two guitarists, one of whom, Grant Ruiz joins Longshore to form Duo Flamenco. Longshore and five other percussionists make up the well known ensemble, Left Edge Percussion, and he also leads the SOU Percussion Ensemble, which tours internationally. The list of percussion works debuted in Southern Oregon is several pages long — including last November’s world premiere of “Tower Music” by Joseph Bertolozzi, based on some 2,800 different sounds produced by “playing” the Eiffel Tower.

This six-concert series is organized and directed by Alexander Tutunov, professor of piano and artist in residence at SOU. Recognized as a virtuoso in the Soviet Union before emigrating to the U.S., Dr. Tutunov has now lived in Ashland for 22 years. He is an authority on the composer Lev Abeliovich, a popular teacher and lecturer, and he concertizes internationally. Guests on this piano series have included Jerome Rose, Peter Serkin, and Garrick Ohlsson. Information and tickets: https://oca.sou.edu/event/tutunov-piano-package-2018/ or 541-552-6348.

Alice Hardesty is a writer and music enthusiast living in Ashland. Her book of haiku, “Walking with Bacho, Four Seasons in Portland,” is published by Bacho Press. 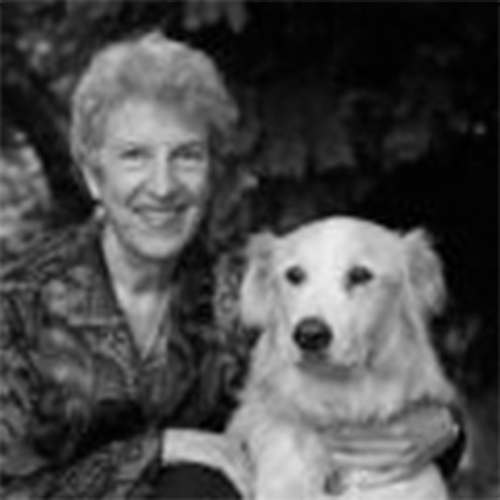 Alice Hardesty has served on the boards of Friends of Chamber Music in Portland and Chamber Music Concerts in Ashland, where she also put in her time on the Ashland City Council. She has an eclectic approach to writing, with publications appearing in places like Technology Review, The Washington Post, The Ashland Daily Tidings, Street Roots, and several poetry journals. Her book-length memoir, An Uncommon Cancer Journey, was a finalist for the 2015 International Book Awards. Visit her website at bachopress.com.

Alice Hardesty has served on the boards of Friends of Chamber Music in Portland and Chamber Music Concerts in Ashland, where she also put in her time on the Ashland City Council. She has an eclectic approach to writing, with publications appearing in places like Technology Review, The Washington Post, The Ashland Daily Tidings, Street Roots, and several poetry journals. Her book-length memoir, An Uncommon Cancer Journey, was a finalist for the 2015 International Book Awards. Visit her website at bachopress.com.