Starting Over: Enter the Dragon

Combine a pandemic and an economic crisis and you get the dragon. How do you fight it? With songs and strategies, poems and music. You wait the dragon out.

In the beginning, I thought that the Covid-19 pandemic would resemble something like a tornado. We take shelter in our storm cellar. The tornado passes through. Those in its direct path (and given my demographic status, that could well be me) suffer the most. And after a while, the all-clear sirens sound and we surface to rebuild what the tornado has destroyed.

I expected the damage to be severe, but I thought it might offer us a chance to get some things right that were obviously going wrong. I’m not talking about architecture.

My first Starting Over column projected forward to that rebuild, and what I wanted us to get right was our relationship to the culture in which we all must swim. I want us to build a culture that works for us instead of against us, and one of the central drivers of both the actual reconstruction process and the new culture that resulted could and should be the arts.

My metaphor was wrong. I suppose all metaphors are wrong at some level, but events proved this one wrong almost immediately. The tornado analogy failed at the “shelter in place” stage, and it failed both because we aren’t so deeply bunkered that we are out of communication with each other and because we’re going to have to be in that state for a lot longer. We don’t know how long.

The real pandemic has settled in, infecting according to its own primal logic, and it has brought some sort a global economic emergency with it. Somehow I hadn’t integrated them in my mind. The two unknowns are big ones: 1) we don’t know how devastating the Covid-19 virus will be and how long it will last; 2) we don’t know the dimensions of the economic damage that accompanies it.

It’s possible that we will dodge the worst case projections on the pandemic (those included more than 1 million dead in the U.S. alone), but the pandemic shove to our economy will leave it like a sandcastle after a toddler lurches through.

The one thing I may have gotten right: beyond Covid-19, a line of other natural disasters of various sorts is forming, any one of which could kick over our sandcastle, too. That’s what climate change brings. And that’s why developing cultural resilience (including architecture!) is central to our survival. Science is critical to developing tools to cope with the disasters; the arts are critical to avoiding the psychological and social despair and rage that threaten us in equal measure.

I hate to admit it, but all of this is more important than the set of columns I intended to write. I was well into column two (this one!) when I began to realize that it was intended to help us negotiate the post-tornado world. I have no idea what that world is going to look like: How deeply traumatized by Covid-19, how terrified by dire global economic conditions. It’s very unlikely that we’ll glide smoothly over this event. The post-pandemic world will be very different from the pre-pandemic world, but in what ways, I don’t know. Maybe it will start to clarify as I stare longingly at the pickle jars in the storm cellar. Somehow, I doubt it.

One thing that I can “know” through direct experience, whether Covid-19 knocks at my door or not? Cultural change is already occurring. I missed that, too, in the first episode of Starting Over. Our experience of life has changed drastically, and that means our culture has, too. Culture is all about attention, and I would guess we’ve never had so many people attending to the sciences around Covid-19—virology, epidemiology, immunology, that sort of thing—even if their last biology class was in 10th grade. It makes me think that post-pandemic, we will see the sciences, biological and otherwise, in a different way.

I have already read predictions that casual hugging will become a thing of the past and modified social distancing will become the norm. I have my doubts about that, maybe because I’ve spent time around the huggy communities of actors and dancers. But maybe there will be lots more working from home: The set of living things on the chopping block from climate change will thank you. We are on that chopping block.

But I think Pandemic Culture is going to go far deeper than that anyway, depending on the length of time the pandemic dragon rules and how much death and destruction that dragon brings along with it. And how far the economy sinks. I already find myself balking at pre-pandemic culture, because it doesn’t reflect the more acute sense of the uncertainty we face. I find I’m embracing the more ad hoc, informal pandemic modes that are starting to replace it.

The pre-pandemic stuff that catches my attention are productions from the past that are suddenly popping up on YouTube or television. The Globe Theatre has released a production video of its 2018 “Hamlet” with Michelle Terry in the lead role on its YouTube channel. You can compare it to the Wooster Group’s utterly different version through tomorrow on the company’s website. Yesterday on television, I saw the Metropolitan Opera’s lush production of the Philip Glass opera “Akhnaten,” with countertenor Anthony Roth Costanzo, which wasn’t ad hoc at all but did change my weather.

But I gravitate more toward the cultural explosion on social media—the silly memes, the songs recorded in rec rooms, the animals caught on phones doing animal hijinks, that sort of thing. I can’t quite define it, but the ArtsWatch twitter feed has a different quality than it had two months ago…lots less promotion, lots more reaching out to help, lots more self-care suggestions, lots fewer stentorian political pronouncements.

The arts figure prominently on the ArtsWatch feed, of course, and especially local arts. I’m tracking who is doing what during the pandemic, and so far that’s mostly meant 1) cancelling readings, concerts and productions, followed by 2) cutting staff and any other expenses that could be cut. But many of them have been able to repurpose content they had on hand for consideration by the storm cellar dwellers.

I always watch the Portland Japanese Garden’s video tours (the soundtrack is often running water, but I would enjoy some Japanese folk music, too). Chamber Music Northwest’s YouTube channel is alive with performance videos from past festivals, and Cappella Romana, Portland Youth Philharmonic, and Portland Baroque Orchestra are busy, too. Book stores have readings (Annie Bloom’s will help local author Liz Prato  celebrate the 1-year anniversary of her Volcanoes, Palm Trees & Privilege at 7 pm Thursday, April 16, for example), and I appreciate the tweets of Cheryl Strayed, too. Strayed and Storm Large have had an active presence in our feed, and they’ve been walking us through what we’ve been seeing.

This is not an endorsement of social media, though Facebook and Instagram are also loaded with the voices that combine to make up our culture. Those voices ultimately will determine how we manage this particular dragon’s visit at the personal level. I’m also drawn to other products of this time, the little expressions of human minds and hearts at work that pop up on bulletin boards, utility poles, signs, bumper stickers. I’m trying to start my own letter-writing campaign, because I think that texture (paper, ink, odd penmanship) has special resonance right now. I miss letters and postcards.

Instead of a tornado, I now think of it as a dragon, swooping in and out of our lives, destroying markets, fields, workshops and houses, and threatening all of us with misery and death. And right, that dragon can get very personal—it even gets into our dreams. We will respond with myths and legends, new survival techniques and methodologies, songs and histories, solos and duets, household singing groups and mask-making projects, and new ways to convey comfort, solidarity, sorrow—new words, gestures, dances, music.

Those things? They will stay after the dragon leaves. They will honor those who didn’t make it. They will offer a path through the mountains when we face the next threat. They are the same things that this species has relied upon since its beginning.

We really need a vaccine and a treatment, yes, and we need to honor the culture that helps us deal with the dragon, too. And that’s really what I want to write about in Starting Over. I want to write the story of how we kept the dragon at bay and our imaginations and hope intact. 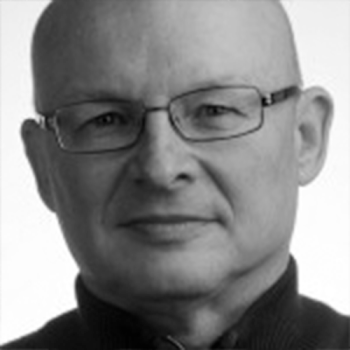 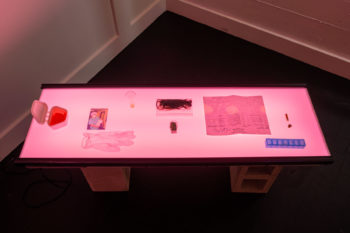