With this month’s 10-day Siletz Bay Music Festival concerts as dissimilar as Sept. 10’s Beethoven double-bill and Sept. 11’s hip-hop medley, it was no surprise that the Sept. 4 Musical Tapas sprung from all over the musical map. Short performances by a dozen artists delivered 90 minutes of music, and with occasional change-ups in the program’s order “Tapas” relaxed into a variety show with a classical music accent at the Lincoln City Cultural Center on the Oregon Coast. The music was served up with such edible tapas as risotto-stuffed peppers and tomato tarts by caterers Hearth and Table.

The house was at capacity with 90 concertgoers, and year after year this program serves as a fund-raiser for the three-decades-old festival. Performers didn’t hesitate to flatter the audience, many of whom have become old-time acquaintances, with jokes and compliments. It wasn’t the Ed Sullivan variety show, nor was it your typical classical concert. The festival’s concerts are far from the amateur neighborhood kind–though opera mezzo-soprano Erica Brookhyser, whose world-class voice and acting acumen showed up in her witty “Alto’s Lament,” grew up in Newport, near Lincoln City. The level of talent is high, the performers keep coming back, and that talent attracts new talent.

Emceed by SBMF artistic director Yaacov Bergman (dressed up in a white jacket and dressed down in Nikes), the show was so laid-back that musicians lounged on stage, thoroughly at home on couches and chairs, enjoying a glass of wine or two as they listened to their fellow artists. Newcomer-to-the-festival Peter Winograd, who plays a 1675 Giovanni Maria del Bussetto violin, held onto his instrument the entire show (and for good reason!)

A member of the American String Quartet and Manhattan School of Music professor, Winograd played a delightfully warm rendition of Jules Massenet’s “Meditation” from the opera Thaïs, and threw in comments about the piece’s history at the Metropolitan Opera, where orchestra members call it the “Medication.”

Ward, who also played Chinese-American composer Bright Sheng’s undulating The Stream Flows earlier in the concert, “tends to be more out of the box with programming than I am,” Schultz said by mail. “We had performed a duo recital at the Old Church in Portland in the spring and those pieces were part of that concert, so we decided to reprise them. They’re interesting, fairly accessible, and if someone doesn’t like one, it’s over very quickly!”

If your tastes leaned toward jazz or cabaret, longtime SBMF cabaret stars and New York imports Steve Ross and Ron Spivak did American Songbook selections and their own originals. A Siletz Bay performer for five years, Spivak said that “the festival gives me the opportunity to try out a lot of repertoire that I might not be able to do elsewhere.”

A number of artists–including Spivak, Schultz and Ross–come back year after year to this multi-day festival showcased at various venues in Lincoln City. And many, including Schultz and Spivak, consider it family. “I love the festival audiences, who are always nothing short of generously enthusiastic, and the hosts and volunteers, whose hospitality has been overwhelming,” said Spivak, who sings, tells stories and writes, aside from creating the festival logo, and as a theater historian, helps Bergman to shape the festival’s Broadway portion.

Though an East Coaster, Bergman loves the Northwest, and at other times of the year directs the innovative Portland Chamber Orchestra and Walla Walla Symphony. He is proud of “the consistently superb level of performance by the eminent, world-class musicians,” he said through email. He continues to expand the musical styles “that give our festival a unique flavor.”

During the festival’s second week, musicians presented free events for kids from different schools in the Lincoln City area, including Maurice Ravel’s Mother Goose’s Beauty and the Beast with storyteller Spivak and pianists Mei-Ting Sun and Michelle Chow. During the final weekend, Sept. 10-12, kids of all ages from Lincoln City and the Siletz tribe are invited to attend the festival orchestra’s open rehearsals for the “All Beethoven” concert on Sept. 10, and Sept. 11’s “Sounds of America.”

Complete schedule and ticket information is available at siltzbaymusic.org. 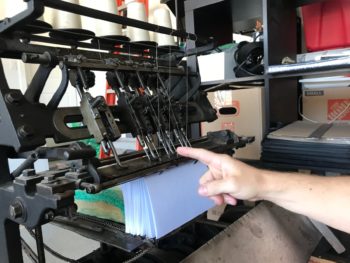