Resonance Ensemble, a Portland-based professional choir, is back on stage this weekend and there are some things they want us to know.

They want us to know why they do what they do. They go beyond the obvious. Of course, they sing great choral music and have been doing that for 13 years under founder and Artistic Director Katherine FitzGibbon. But they also reach into the realities of life and, through partnership and music, promote meaningful social change.

Which is why they want you to know about this season opening concert partnership with Operation Nightwatch, an organization as unique in Portland as Resonance itself. Each evening Operation Nightwatch opens its doors, welcoming Portland homeless citizens to share in conversation, to relax, to play board games and to just hang out for a few hours. They’ve been inviting people in since 1981, providing not only a service, but the dignity of “home”.

Home is this concert’s theme, within Resonance’s 2021-22 season theme: RECLAIM.

Vin Shambry, Portland actor, writer and storyteller, is someone Resonance wants us to know. They are welcoming him to share, standing shoulder to shoulder with him as he tells his personal story of displacement.

Resonance Ensemble wants us to know that they respect their own artistry. When some of the finest choral singers in the area gather they want to engage their talents at full strength. Resonance has a reputation for excellent performances of vocal music: challenging, new, diverse, unusual, stunning. For this upcoming concert the singer roster totals fifteen exemplary vocalists plus pianist David Saffert.

Resonance Ensemble wants us to know that they are committed to advancing their mission and artistry beyond the city limits because they know the issues they illuminate are not unique to our city. The sharing of challenges, ideas and successes is one pathway to activism. In the past 18 months of pandemic isolation Resonance produced videos which continued, perhaps even extended, their outreach. These performances, most notably the “Under the Overpass” series, were well composed, musically and visually.

FitzGibbon, who has been lauded for her pursuit of the ensemble’s mission, participated this past year in a panel discussion “Music as Activism.” Resonance is also introducing their new REAP Initiative (Resonance Ensemble Access Project) which will enable live streaming audiences the world ‘round to appreciate their music and mission.

FitzGibbon wants us to get to know her Los Angeles-based colleague Dr. Alexander Lloyd Blake, founder and Artistic Director of the award-winning choral ensemble Tonality. Blake programmed the concert, and will conduct–FitzGibbon will rest from conducting and join the soprano section. In Blake’s notes for the concert, the conductor welcomes us to music and conversation about displacement, “sharing the stories of poets and composers writing about houselessness, refugee experiences, and immigration” to better understand “how we can create a new radical hospitality and help those who are the most vulnerable in our communities feel uplifted and validated.”

Pieces featured on the program include the work of Melissa Dunphy, an Australian-born composer whose work Listen was premiered by Resonance treble voices in 2020. Also featured: Indian-American composer Reena Esmail, whose compositions mesh the tonalities and vocal techniques of Indian and classical Western music. Avant-garde is one of the descriptors of teacher, bandleader, singer, composer Ted Hearne’s work, but any “traditional” label placed upon his extensive oeuvre would be insufficient.

Seattle Pro Musica choral ensemble co-commissioned and recently launched the Northwest video premiere of  “Welcome Table” by Saunder Choi. Cristian Larios describes his composition “in this house” on his website as “a reminder that undocumented immigrants are human people who deserve grace and love.” Other composers featured on the program are Nathan Heldman and Ysaye Barnwell.

The evening will conclude with a panel discussion between Blake, FitzGibbon, musicians, and community partners including Libby Allen, Program Manager of Operation Nightwatch.

It is important that you know that Resonance Ensemble will join most of Portland’s artistic organizations in requiring proof of vaccination and masks. The October 2, 2021 concert begins at 7:30 pm. Seating capacity is capped at 50% in the NE “sanctuary for the humanities” Cerimon House. Tickets are available by concert series option; tickets are also available at the door, still subject to the 50% limit. For assured, at-home participation in this season opener, access the REAP Initiative option.

Resonance Ensemble wants us to know, not just listen. And, because of this knowing, to depart the performance with purpose. 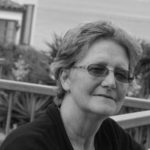