The Oscars are dying: So what?

The Oscars are dying. So what?On March 4, the Motion Picture Association of America held the 90th Academy Awards ceremony. You may not have heard about it, since reportedly nobody really cares about the Oscars anymore. As someone who religiously watches, and even generally enjoys, Tinseltown’s annual festival of self-love, I find myself, perhaps surprisingly, not the least bit perturbed.

This year’s telecast drew record low ratings, down a whopping 20% from last year’s already dismal numbers. Since the Nielsen people began tracking viewership in 1974, this was the first time that fewer than 30 million people tuned in. That’s right, more people saw a naked man streak past host David Niven (and, in an even worse crime, “The Sting” top “The Exorcist” for Best Picture) than saw Frances McDormand’s stirring call for gender equity in Hollywood or Helen Mirren ride a Jet-Ski.

The proffered explanations for this phenomenon are legion. Televised events, from the Super Bowl to the Grammys, don’t capture eyeballs the way they used to. (This may be partially because of the difficulty cord-cutters have in actually watching plain old over-the-air television broadcasts.) The nominated movies these days don’t have the box office appeal of stuff like “The Lord of the Rings: The Return of the King” or “Titanic” (which was the winner at the most-watched Oscar broadcast). Regular folks are turned off by liberal, America-bashing, rape-culture-critiquing, non-cis-white-male movie stars, according to some. 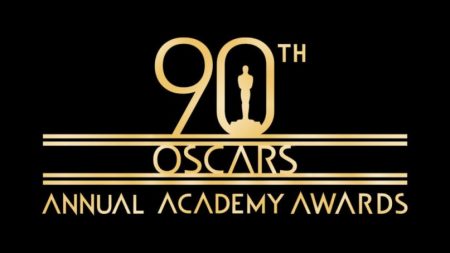 While the executives at ABC and the various movie studios fret about the increasing irrelevance of this once-iconic pop-culture ritual, the proper response from anyone who cares about film as art should be a hearty, “Who cares?” It’s not so much that I wouldn’t care if the Oscar completely vanished from the face of the Earth—that would be a genuine loss. But if “The Oscars,” as in the globally notorious spectacle, as long and glitzy as a limo with a hot tub, were to shrink back down to a life-size event, that would be a good thing, even if it ended up being shown on some third-tier streaming service instead of a broadcast network owned by the world’s most powerful media conglomerate.

You might think the model here is the Independent Spirit Awards, the beachfront get-together that goes down each year the night before Oscar. It aims to honor, as the title suggests, the films that Hollywood has supposedly forgotten—the low-budget, socially conscious efforts of up-and-coming filmmakers. In recent years, however, many of the same films have been honored at both ceremonies, with the ISAs serving almost as a warm-up for the main event. This year, many of the same films (“Three Billboards Outside Ebbing, Missouri,” “Get Out,” “Ladybird,” etc.) were up for top awards, and three of the four acting prizes went to the same performers who took home golden statuettes Sunday night.

The other leg in the film-prize trifecta is the Golden Globe Award, which prizes glamour and popularity more than integrity or originality. (I mean, they even include TV shows…) By divvying up the Best Actor and Best Actress categories into comedy and drama sections, they hope to attract more of the boldface names that star-seeking viewers are after. And yet, all four Oscar winning actors also took home Golden Globes this year. So why bother?

We live in an era of entertainment specialization and bifurcated audiences, and for the Oscars, much less its competitors, to remain relevant, each organization needs to retreat to its respective corner and focus on what it does best. Let the Golden Globes nominate James Franco and Jessica Chastain every year, and let them celebrate brash populist fare like “The Greatest Showman.” Let the Independent Spirit Awards narrow their focus even further. Instead of Frances McDormand getting a chance to practice her Oscar speech, throw some love towards Cynthia Nixon, who played Emily Dickinson in the amazing “A Quiet Passion.” Let’s see Olivier Assayas up there receiving plaudits for directing “Personal Shopper.” And what if Frederick Wiseman and Bill Morrison had to duke it out for Best Documentary? I know plenty of film snobs who would watch that show in a heartbeat.

What objects of affection does that leave for the Academy? It’s easy to argue, and many have, that Hollywood just doesn’t make the sort of intelligent popular entertainment that it used to. And there’s truth to that: looking down the list of 2017’s box office winners is a largely depressing testament to the unoriginality of creators and the undemanding nature of audiences. But there are ways to try and jump-start the process towards a return to those pined-for, if largely illusory, glory days of Tinseltown.

One baby step that has already been taken is to stop turning up Oscar’s nose at genre films. These days, that’s really code for superhero movies. Yes, the bimonthly churning out of a new Marvel or DC mega-blockbuster has become a mostly cynical endeavor, enlivened only when the movies themselves strain against their corporate origins. So acknowledge them when they do! “Logan”’s nomination for Best Adapted Screenplay was well-deserved, but Hugh Jackman’s lead performance and James Mangold’s direction can hold their own against the other nominees in their respective categories.

It’s great that Guillermo Del Toro, a movie nerd if there ever was one, has received the ultimate recognition of his passion, and that a fantasy about a mute woman in love with a fish creature can be declared the best picture of the year. But the fact that “The Shape of Water” has earned less in ticket sales than “A Bad Moms Christmas” (or “The Emoji Movie, or…) is cited as part of the problem. It’s not. Being the 47th highest-grossing release in a year when (according to boxofficemojo.com) there were 707 films in U.S. theaters does not make something a niche item. On the other hand, if the thunderously entertaining and very popular “Thor: Ragnarok” had had some presence on Oscar night (Jeff Goldblum for Best Supporting Actor, say), imagine the possibilities. Yes, most genre films are formulaic and overly reliant on spectacle. All the more reason to help the non-geeks out there sort the wheat from the chaff.

“Get Out,” as both a horror flick and a sharp cultural satire, is clearly another move in the right direction, but what about comedies like “Girls Trip” (Tiffany Haddish’s appearance as a presenter was arguably the high point of the Oscars), or mysteries like “Wind River”? These are eminently accessible films (unlike, say, “The Florida Project” or “Phantom Thread”—both of which I loved) with aspects worthy of being recognized by the industry that spawned them.

Perhaps that’s a way to think about award season going forward—what part of the cinematic universe is each ceremony celebrating? If the Independent Spirit Awards champion pure artistic creation, divorced from economic consideration, and the Golden Globes promote glittering excess and aspirational consumption, then the Oscars, if they are to remain viable, need to stop stepping on the other guys’ toes.

They need to allow their audience to narrow to those folks who actually care about movies, and stop trying to appease the viewers who only tune in when massive hits they’ve already bought and paid for are nominated. They also need not to worry about impressing the cinephiles and auteurs and other people who use French words to sound smart, because those people will always find something to scoff at and they won’t buy tickets to “The Post” anyway. Essentially, Oscar needs to just do Oscar and things will probably end up just fine.

Also, they should cut out the songs and go back to letting the TV audience hear the applause levels during the “In Memoriam” montage. That’s all I’ve got.

With the Oscars and the Portland International Film Festival fading in the rear view mirror, the options at Portland’s independent theaters is still almost overwhelming this week.

The Hollywood Theatre continues its “Feminist March” month of programming. Oscar winning documentary filmmaker Barbara Kopple will visit to present the movie that won her that Oscar, “Harlan County U.S.A.,” as well as her more recent portrait of the late, lamented singer, “Miss Sharon Jones.” That’s on Saturday the 10th, and the following evening the Hollywood is screening the venerable and essential Agnes Varda’s latest, Oscar-nominated doc, “Faces/Places,” which may have played in Portland last fall for a hot minute.

The top item on the Northwest Film Center’s calendar for the week, for this correspondent at least, is the utterly bonkers 1992 cult comedy “Rubin & Ed,” starring Crispin Glover and Howard Hesseman as the title characters, who embark on a surreal quest into the desert to try to find a place to bury Rubin’s dead, frozen, beloved, pet cat. His cat can eat a whole watermelon. (That’ll make sense if you see the film. Well, maybe not sense, exactly…) I’m not sure whatever happened to director Trent Harris, and I’m a little afraid to Google him to find out. “Rubin & Ed” screens Saturday night as part of the Film Center’s “Genrified! Cult and Other Curiosities” series.

In addition to continuing with the Oscar and Golden Globe winners for Best Foreign Film (“A Fantastic Woman” and “In the Fade,” respectively), Cinema 21 opens the cheeky, dark thriller-comedy “Thoroughbreds,” which screened during PIFF and features the final performance from actor Anton Yelchin.

He plays a sleazy, fairly inept hitman hired by two spoiled teenaged girls to kill the stepfather of one of them. Needless to say, things don’t go according to plan. They just never do.