Bonnie Vorenberg and ArtAge have helped spur a flourishing national scene of theater for older people.

In 1978, Bonnie Vorenberg was walking down a street in Eugene when she crossed a crack in the sidewalk. For the past year, Vorenberg had been pursuing a masters degree in theater at the University of Oregon, and was in need of a subject for her thesis. The damaged concrete, as chance would have it, triggered an epiphany.

“I just got like an inspiration that just said, you can do this with seniors,” Vorenberg recalls. She sought out a theater company in Eugene that worked primarily with older actors and joined as a director. The group was called The One Nighters, which performed musical revues. Although she had worked as a high school drama teacher before graduate school, Vorenberg says she wasn’t sure if the work would translate. “I went with no preconceived notion of what older people were like,” says Vorenberg. Her doubts were quickly put to rest. At the theater company, Vorenberg was met with “amazing women, full of great attitudes. And that’s been the kind of people I’ve been able to work with all these years.”

After working with and studying The One Nighters, Vorenberg went on to write her thesis, Enriching An Older Person’s Life Through Senior Theatre. “It was a combination of research into theater and aging, as well as allied fields such as art and dance and movement,” says Vorenberg, adding, “It was one of the first theses in the field.”

“The field has just exploded since then.”

Vorenberg is founding director of the Portland-based ArtAge Senior Theatre Resource Center. She looks back at that crack in the road as the start of a decades-long career in senior theater. “I’ve gone to that crack many times now, and what a career it’s been,” says Vorenberg. “It’s just been an amazing adventure, to work in a field that is new.”

According to Vorenberg, ArtAge is the only publishing company of plays and materials dedicated solely to older actors. You’d be hard pressed to prove otherwise. “The simplest way to understand what we are is that we are a publisher of senior theater materials,” says Vorenberg, adding, “I don’t want to just be a bookseller. I want to promote the field.”

ArtAge plays have been produced all over the country, and internationally. “Just this morning I was working with a customer in Taiwan,” Vorenberg told me over Zoom. “Another one in Australia. There’s one in Minneapolis. We have several shows in Spanish and French, but mainly English.”

In addition, Vorenberg has written numerous articles on the intersection of theater and the aging process. She breaks down the benefits of theater into five parts: physical, mental, spiritual, psychological, social. The most important element, Vorenberg says, is the social component: “The esprit de corps, the group feeling. I have found even in the senior theater communities, they are a subset of the community, because they are theater kids.”

One beneficiary of Vorenberg’s work in senior theater is Arthur Keyser, 92, the author of many plays in ArtAge’s catalogue. A former Philadelphia attorney who retired to Sarasota, Florida, Keyser began writing plays at age 80. Today his plays have been performed all over the country and in the United Kingdom. “I am certain that my career as a playwright would never have happened if I had not met Bonnie Vorenberg,” says Keyser, adding, “I call her my muse. She does so much for the theater community, particularly for people who are older.”

As it did to everyone in the theater world, the pandemic drastically affected Vorenberg’s work. But instead of closing shop, ArtAge helped lead the charge in adapting senior theater to virtual spaces, eventually publishing an article on how “to do” Zoom theater, in The Journal of Active Aging. “We started with conference calls and then decided that we had to show people how to do plays online. I looked at this as an educator as well as a theater director,” says Vorenberg, adding,  “I also had big-time empathy for what was going on with these people, the older people who couldn’t get out and are also extremely fearful.”

As theaters across the country are beginning tentatively to reopen, Vorenberg says that about a quarter of her clients are returning to in-person performances this summer. Still, some are waiting for the fall or even 2022 to resume in-person performances. “It’s a whole mixed bag,” she says. “Some of the seniors can’t wait to get out and be social, others are in between, and others are hesitant.”

Whether virtually or in-person, Vorenberg plans to stay busy. Senior theater has come a long since she started out in the late seventies; in many ways the field has Vorenberg to thank for those gains. Vorenberg says, “It’s very rewarding to see how much the field has grown, how resilient it is, and how much joy it brings to the participants, and audiences, and families.”

Ultimately, Vorenberg wants to change the narrative about the later years of life. “There’s a negative image around aging,” says Vorenberg.

“I want to show that by doing theater onstage that growing older can be a good time of life. That’s the whole reason we are doing this.” 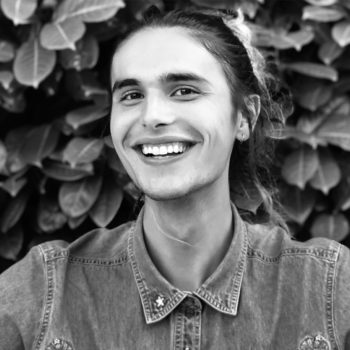 Max Tapogna is an actor, singer, and writer who hails from Portland, Oregon. He graduated from the University of Puget Sound in the spring of 2020 with a BA in Theatre Arts. Max is currently a 2020-21 acting apprentice at Portland Playhouse.

DramaWatch: A ‘Great Leap’ on the Portland stage