Multimedia exhibition captures stories of survivors who fled war, persecution, and genocide to rebuild their lives in Oregon.

As you enter the gallery, the man draws you forward with his forthright gaze. Saron Khut has a few precious memories of his happy childhood in Chongkal, Cambodia, until the Khmer Rouge, the guerrilla arm of the Communist Party of Kampuchea (CPK) led by their brutal dictator Pol Pot, took power. Intent on purging foreign influence, as well as intellectuals and progressives, the Khmer Rouge began a reign of terror that led to mass deaths through executions, forced labor, illness, and starvation. Today, they are remembered most for the Killing Fields, sites where over a million people were murdered and buried by the regime.

In 1975, when Khut was five years old, his father – a teacher – was led away by the Khmer Rouge for “re-education.” The family would not see him again. Knowing they were also likely to be targeted, Khut fled his home five years later, walking with his mother and sister at night through the woods and jungles, eventually reaching a refugee camp in Thailand. A year later, the small family made their way to safety, resettling in Portland, Oregon.

Khut’s childhood experience fleeing the genocide in Cambodia provided him with valuable survival skills – resilience, adaptability, and fortitude. In his new, adopted nation, he learned not only the language, but how to make friends and thrive, graduating from Portland State University and receiving his U.S. citizenship in 1996. Today, he is owner of the popular Mekong Bistro in Northeast Portland and a leader in the Southeast Asian immigrant community.

Khut’s story is just one of fourteen individuals, all of whom have fled their wartorn homes to find new lives in Oregon, featured in To Bear Witness – Extraordinary Lives, on view through May 15 at the Oregon Jewish Museum and Center for Holocaust Education in downtown Portland.

Through profiles, large-scale photographs, short videos, and podcasts, the exhibition captures, in their own words, the stories of refugees from countries that are distant and diverse, but all of which have been torn apart by the atrocities of war, genocide, and rape – Bosnia, Myanmar, Cambodia, Hungary, Rwanda, Sudan, Syria, and Tibet, as well as survivors of the Holocaust from Austria and Germany.

The multimedia exhibition is a partnership between OJMCHE and The Immigrant Story, in collaboration with photographer Jim Lommasson and NW Documentary.

To Bear Witness was first conceived when Sankar Raman, founder of The Immigrant Story, a Portland-based organization which chronicles stories of immigrants in order to document and archive their voices in a variety of formats and genres, met freelance photographer Jim Lommasson at a presentation to the Photography Council of the Portland Art Museum. Lommasson was there to discuss his project, What We Carried: Fragments from the Cradle of Civilization, a photographic exhibition that explores the possessions that recent Iraqi refugees cherished enough to bring on their journey to the United States. The project featured photographs of the objects, the stories of which were then written about by their owner directly on the photographs in both English and Arabic. Originally an exhibition at the Illinois Holocaust Museum & Education Center,  Lommasson then created Stories of Survival: Object. Image. Memory, again in cooperation with the Illinois Holocaust Museum, which featured Holocaust and genocide survivors from the Chicago area.

“We both started thinking about how can we take that concept of what items people carry and apply it to survivors of the Holocaust and genocide here in Portland, with people who settled around Oregon”, recalled Raman. “It’s taken us three years to complete the project, even as we continue collecting more stories.”

They began a conversation with Judy Margles, Executive Director of the Oregon Jewish Museum and Center for Holocaust Education.

The result is a powerful exhibition which combines short profiles about each participant with photographic portraits by Raman, John Rudoff, and Paul Fardig with Lommasson’s photos of their objects and five videos produced in collaboration with NW Documentary. As they pass each participant in the exhibition, viewers can scan a QR code which takes them to The Immigrant Story website for links to podcasts featuring more of the stories of these and other refugees. The exhibition itself was designed by Bryan Potter Design, a firm which Margles describes as being like a fourth partner in the project, citing their thoughtful approach to understanding the material they are working with before creating the design.

“We used very documentary-style storytelling, but essentially storytelling in many different forms, so the viewer can get the stories in whatever way they like,” explained Raman.

The photographs all measure 24″ x 36″, resulting in slightly larger than life images which have an inescapable impact on the viewer. “When you are in the gallery, you cannot escape their gaze on you”, he noted. “Every one of them. No matter which part of the gallery you are in. This was by design.”

To Bear Witness draws its name from the late Elie Wiesel, writer, professor, political activist, Nobel laureate, and Holocaust survivor of Auschwitz-Birkenau – “For the dead and the living, we must bear witness.”

The participants volunteered to be a part of the project and share their stories and the items they brought with them. “It gives them agency to share their own stories,” said Lommasson, “And they want their stories told for a reason. These people can educate us.”

“These objects are the story. They ask the viewer, if you had to leave, what would you take? And not just what you are taking, but what are you leaving behind? Your culture, your school, your family, your language. They are leaving behind not only their homes, but the traditions needed to keep on building community.”

This effort to share the stories of Oregonians who have survived wars and genocide in their homelands is central to the mission of the Oregon Jewish Museum and Center for Holocaust Education, which was a ready partner in the exhibition. The OJMCHE is committed to honoring the memories of the past, as well as examining the causes and risk of mass atrocities today, and learning what can be done to not only prevent violence, but foster community-based pathways to peace.

“Storytelling is such a powerful educational tool,” noted Margles. “Those who survived, who came to the United States or Israel or other countries, have spent years rebuilding their lives. Most never talked about what had happened to them. They just wanted to bury these horrific events. But then Elie Wiesel came out very early in the 1960s and coined this phrase to bear witness, saying we who have survived have to bear witness to those who are not here, who did not survive.”

She added that many Holocaust survivors have shared with her that they woke up after the murder of Mulugeta Seraw, a 28-year old Ethiopian immigrant to Portland who was beaten to death with baseball bats by three white supremacists in November 1988. “That event was a kind of trigger. Some of our Holocaust survivors, including Les and Eva Aigner, who are featured in this exhibition, said ‘We’ve got to tell our stories, not because we were victims, because we have to try never to have this happen again.’”

“Genocides come about everywhere in the same way and begin by labeling others in derogatory terms, by checking for identification. There’s a blueprint of eight to ten insidious steps that is consistent through all genocides,” said Lommasson. “Each step to a Holocaust is more ‘othering’, dehumanization, and discrimination.”

“In an exhibition like this, you can’t ‘other’ someone when you’re looking at them and hearing their story,” agreed Margles. ”We hope people experience empathy and compassion, but also begin to think about what else they can take away from the exhibition, what actions they might take.”

To Bear Witness is made possible by generous support from the Institute of Museum and Library Services, The Reser Family Foundation, Oregon Heritage Commission, and the Arnold and Augusta Newman Fund for Photography at OJMCHE.

Among the events marking Genocide Awareness Month in April is a storytelling event presented by The Immigrant Story. Featuring live storytelling and music, the event will include a father and son from Afghanistan. The father is a traditional Sufi singer and the son is a classically trained pianist. The music of the father was shut down during the Taliban takeover in 1994. Finally, after the most recent Taliban takeover, the father managed to escape to the United States in October 2021 with the help of a group of journalists. Visit The Immigrant Story for more information.

To Bear Witness is on view through May 15 at OJMCHE. The museum, located at 724 NW Davis Street in Portland, is open from 11am to 4pm Wednesday through Saturday. Visit www.ojmche.org or call 503.226.3600 for more information. 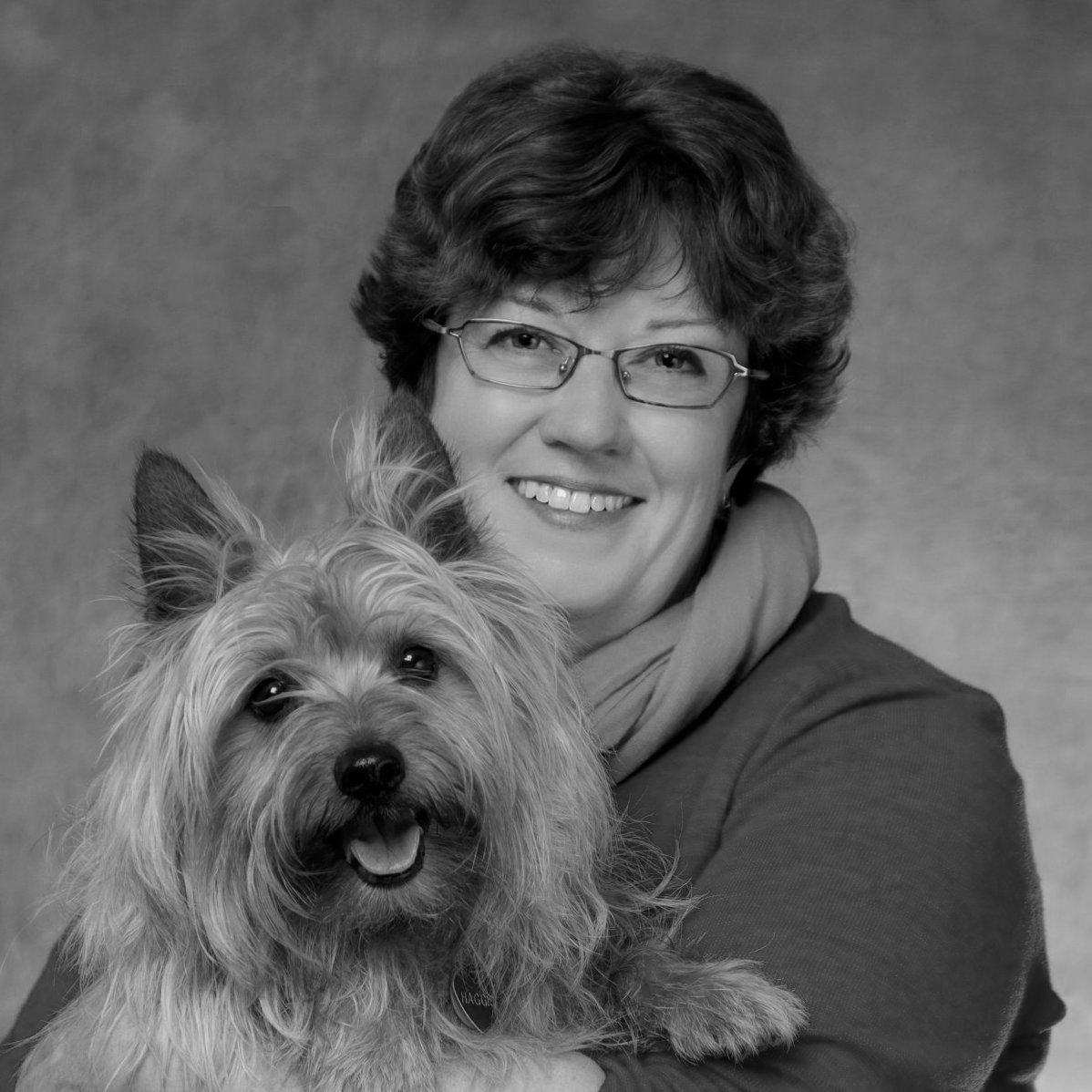 Beth Sorensen has worked in communications in the arts and higher education since 1990 and has, as a generalist, written about a wide range of creative forms. Having lived throughout the state of Oregon over the years, she is particularly interested in sharing the stories of the artists who live and work around our region, discovering what inspires them and how they make their creative process a part of their daily lives. She currently lives in Southeast Portland with her husband and three rescue terriers.

Beth Sorensen has worked in communications in the arts and higher education since 1990 and has, as a generalist, written about a wide range of creative forms. Having lived throughout the state of Oregon over the years, she is particularly interested in sharing the stories of the artists who live and work around our region, discovering what inspires them and how they make their creative process a part of their daily lives. She currently lives in Southeast Portland with her husband and three rescue terriers.